Anyone Use ESTLCAM For Inlays?

I’m wondering if anyone here has had any success or experience using estlcam to do vcave inlays. I’m working on an american flag project and want to inlay the stars. Currently I have easel, fusion360, and estlcam at my disposal. I’m going to do a few test attempts tomorrow with easel doing non vcarve inlay and attempt a carve/ island approach with estlcam. I figured I would ask here about experiences before I run my tests.

Of course this needs to be cut to the correct length and sanded, but I wanted to share a picture for reference. 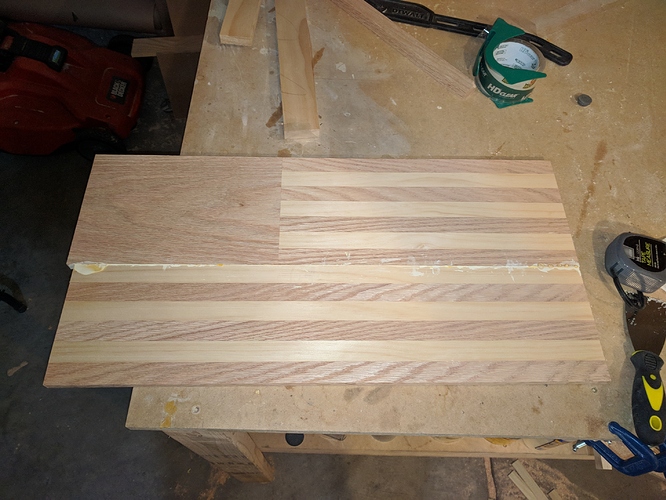 You americans are so unlucky.

yours is prettier though

you live in maserati land? 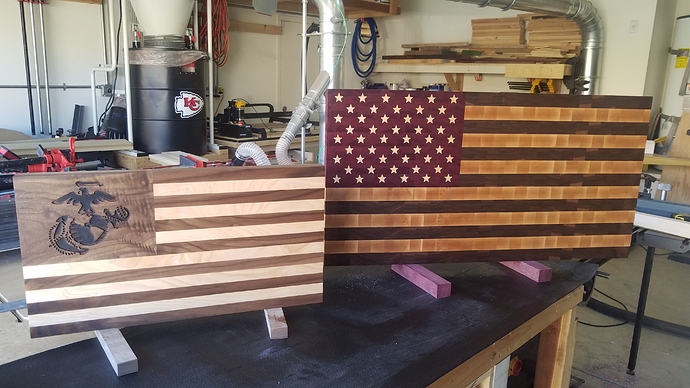 Those do look nice! I couldn’t quite get it figured out with estlcam so I did some tests with the inlay generator. I’m pleased with the result so I’ll give it a shot on the flag.

I got around to finishing this up. The inlay generator did a nice job and overall I am pleased with the result. This was my first attempt at making a flag with contrasting woods. Some of the stars have some darker grain, and while it’s a little hard to see in the pictures, but I think it turned out nice. 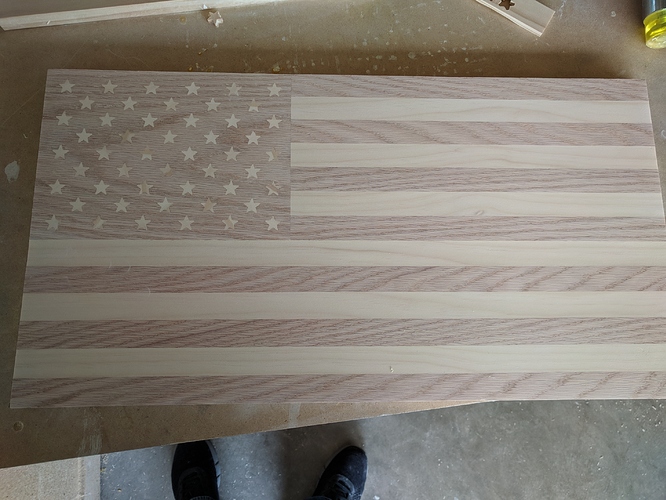 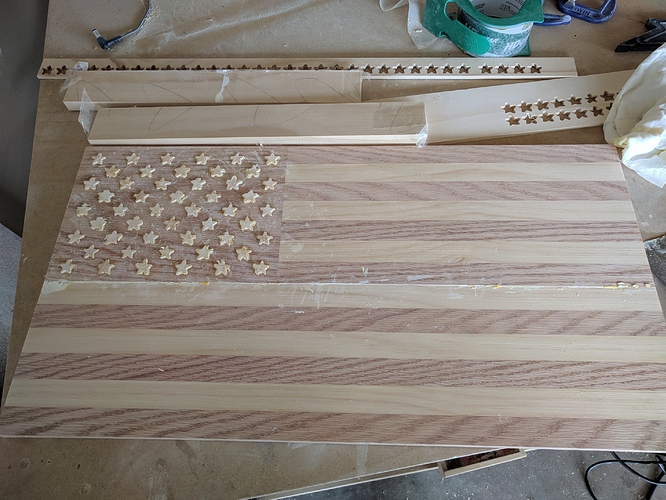 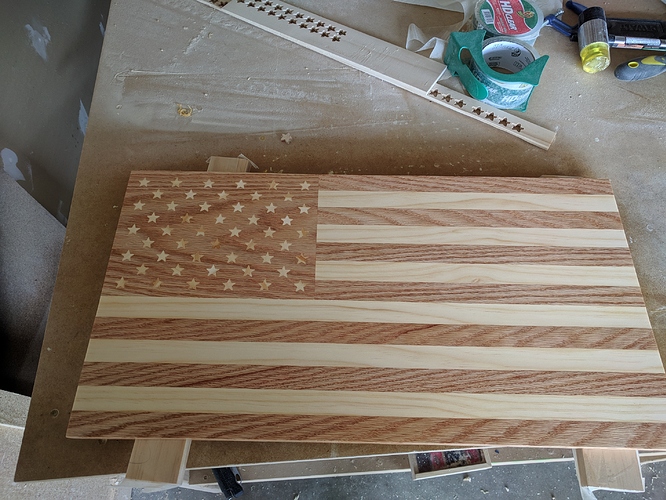 I made a stand today using fusion 360 and the dogbone addin. 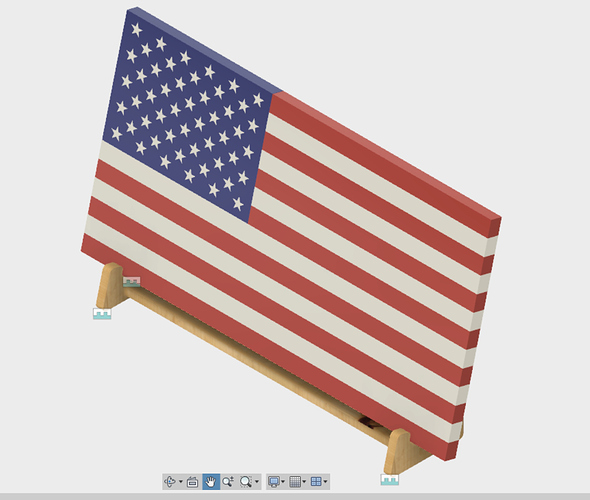 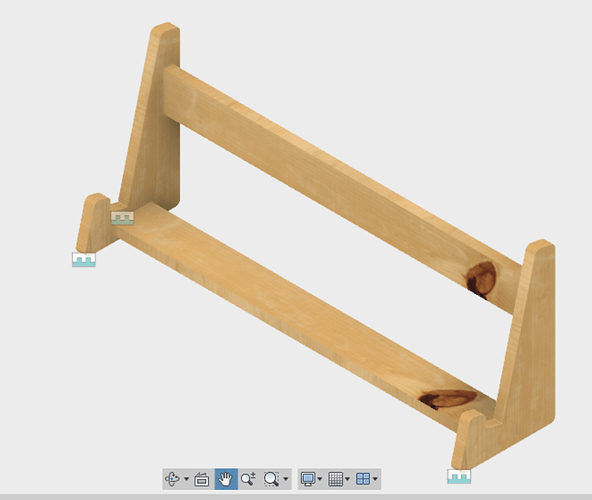 The lighting isn’t the greatest, but it turned out to work and I don’t think it looks that bad. I glued it up after the pics and will be finishing with some shellac. 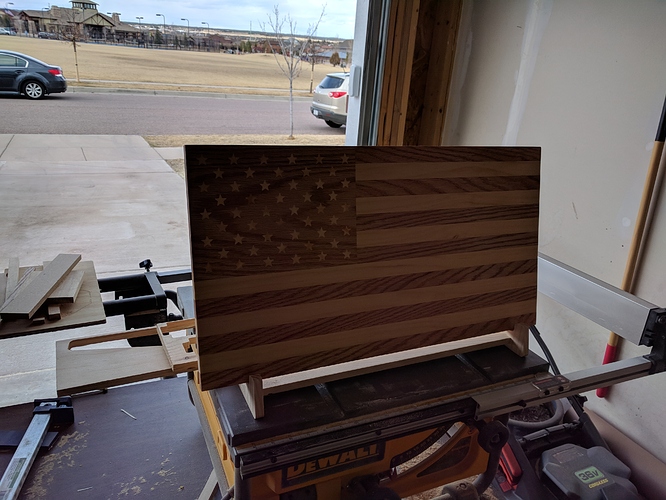 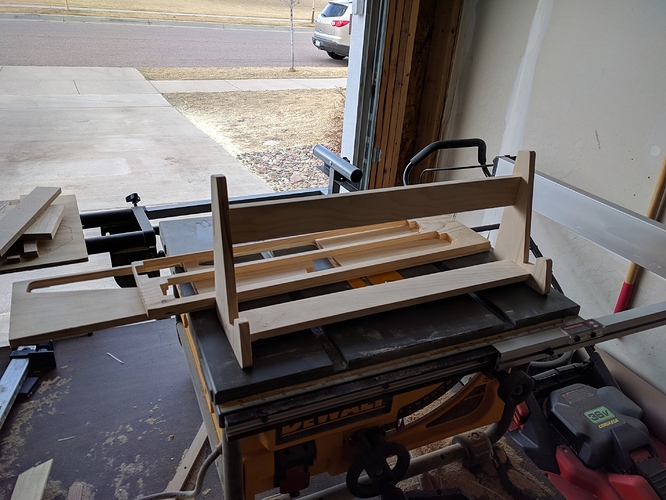