Anyone wanting to go professional?

I launched this new product last month and I realise I’ll never keep up if it takes off. I’m already struggling to keep up with orders as it is. And they’re not cheap. So, my question is - how do I expand?

First up - this is the product 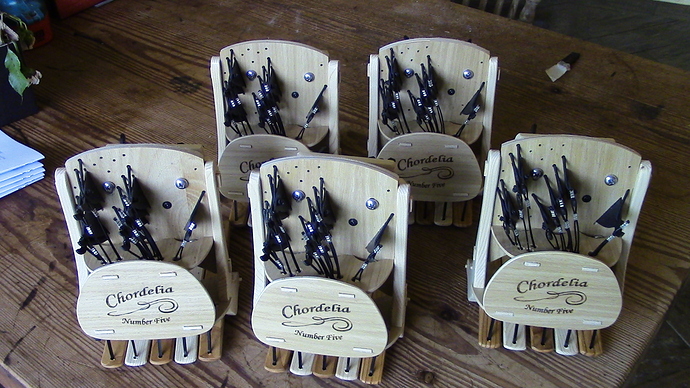 I don’t want to set up a factory and employ people (that would seriously cut into my hammock time), so I asked around 100 guitar manufacturers if they wanted to make them under license. No takers so far.

If someone here in Ireland (or near by) wanted to make the parts, that might work (anyone?). But ideally, I’d like someone to take on the whole project and all the potential products (for guitars, banjos, mandolins, ukuleles, etc.) and just pay me a royalty. I have lots more ideas I want to explore - but here’s one that could make a few of us a living.

There’s a comprehensive patent pending and enormous scope for a good business in the right hands (around 20 million guitars are sold annually) - anyone interested? Or any other ideas? Thanks! Tim

Its nice you have a thriving business.
I am waiting for my ship to sail.
I do not live there or I would consider the offer.

Even as neat as it is and good you are making the sales the problem with the aspect of it being a massive hit is that so many guitars being sold are to mostly people that physically play the guitar and would never use this device it is not a trainer or anything you would use other than for people unable to currently use a guitar. This market is there but much much narrower and if there were a similar item already on Shark tank then the patent is going to be a rough one to get. It also sounds way to build intensive to be something to make money enough as a 3rd party to support making and selling for a profit and giving a royalty on each piece to you. It is very cool that you are selling them with some amount of success tho! And good luck I know many people that are trying to get an item to sell tons of and retire - not so easy these days when the item can be scalped in China and mass produced after just one prototype is sold…

Heres the link to Chord Buddy. Except with it, you can learn the chords by removing parts of the mechanism.

(p.s. Another order came in while I was typing this!)