I’ve been working on a “Smart Chicken Coop” on and off for a few months between other projects. The basic idea is that I will be able to check all my coop stats from my smart phone. Internal / external temp, basic weather, food and water levels, etc… The main brain of the system is an Arduino Yun. I could always drop $4 on a black plastic box and call it done. But I never miss an opportunity to over design something and mill some wood in the process. I’ve invested countless hours in mess ups, milling / designing and remilling / redesigning multiple versions of various boxes. This is what I have come up with to house my arduino. 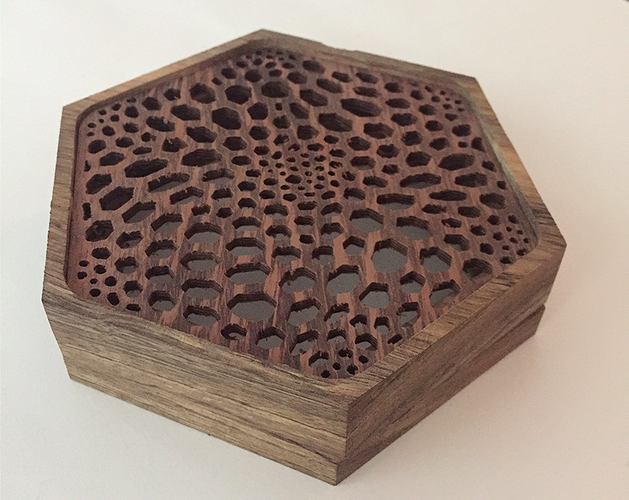 Its made up of 3 pieces. The base is a hex ring with a lip for the top to sit on. It mounts to the wall and is a single piece of some mystery hardwood I had laying around. I knew what it was 6 months ago, but have forgotten the name since then. I have two versions, one with a back and one without. I ended up using the one with the back and drilled a few small holes for mounting and wires to run out. 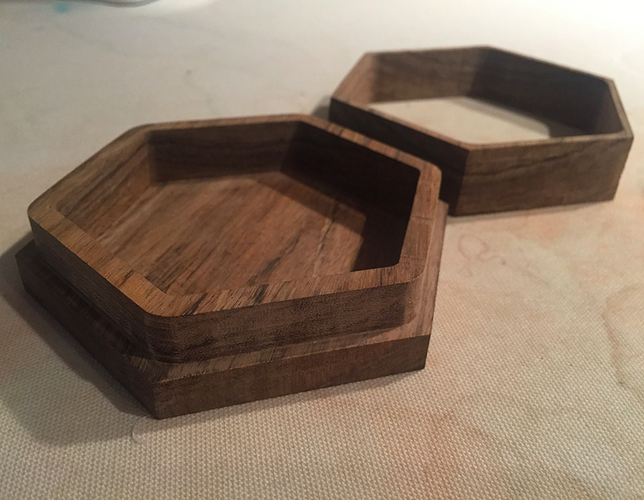 The top is 2 separate pieces of wood. (I ended up breaking it up into 2 separate pieces after a few failed attempts at making it out of a single piece.) The outer ring is a plain hex with no lip. The face plate is wenge. Behind the wood face plate there is a piece of white plastic to diffuse light from a couple of LEDs that tell the status of the wifi at a glance. Blue = connected to wifi and everything is good. Red = something is wrong, time to start throwing stuff! 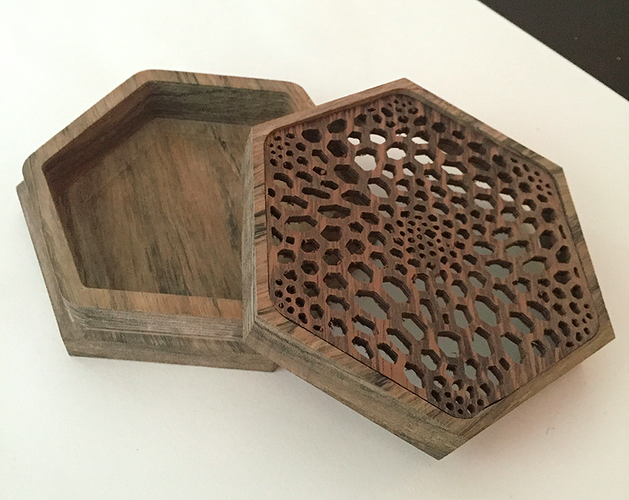 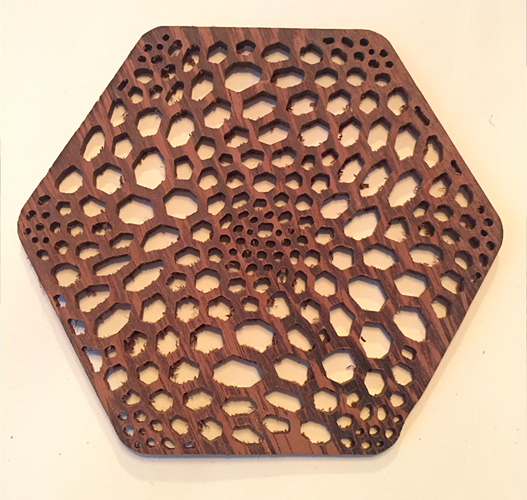 The whole thing is mounted to a exterior wall for easy access and a better wifi signal. It is covered from directed rain but I am going to pack any extra space around the board with silica gel packs to absorb any moisture that may get in. I still need to fashion some sort of rubber seal between the top and bottom too. 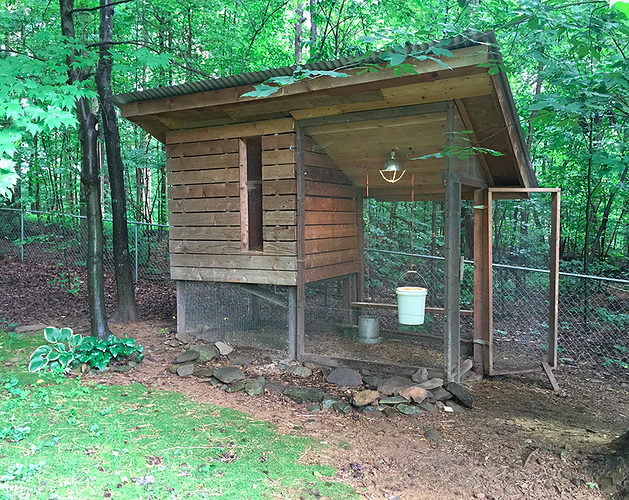 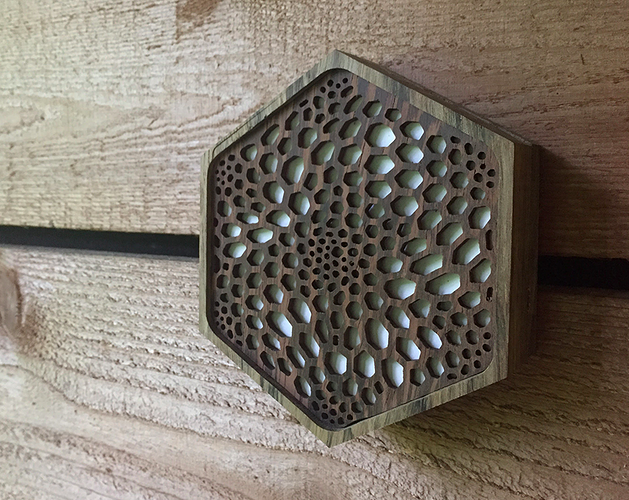 I save all the data from the sensors every 5 min to my dropbox which I then read from a custom web app on my iPhone. 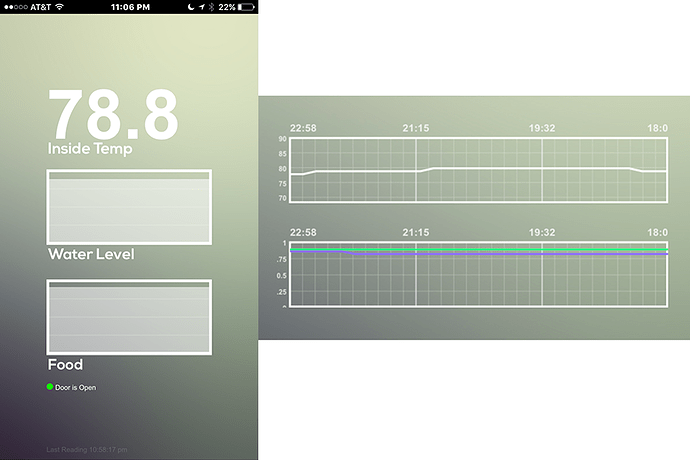 Pasted image900×601 237 KB
I still have a few features planned for the app part. But thats for another forum. Wont be milling any of that!

The last thing I have to do still is to create some sort of custom mounting brackets for the water and food sensors. They are both distance sensors and need to sit or clip pretty flat to the top of their respected containers. I’m thinking about maybe 3D printing these. If the design turns out to be millable Ill cut them on my shapeoko too.

Again… a $4 black box would have been easier… and done months ago.

Fantastic project ! I love how organic it looks.
I built earlier this year system to control my sun heater pump for pool and I was faced with same issue of mounting computer out in elements. Sadly I went easier way and used Plastic NEMA outdoor box

It looks terrible so I been seriously considering enclosing it with something carved like this.
For the stats I have been using Initial State, if you don’t make to many calls you can use it for free.
Saved me a lot of coding !
You can see my dash here: 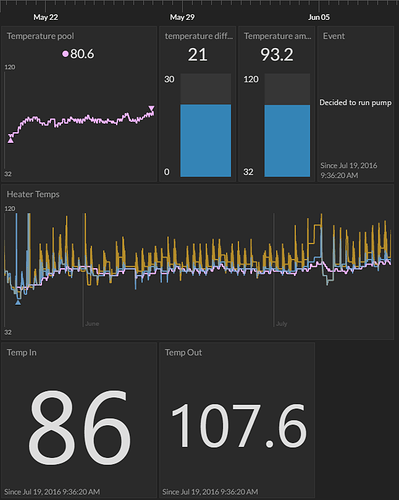 To keep your Arduino safe from the elements spray it (and any sensors, connectors, and exposed wires) with Corrosion-X.

I use it on all the custom weather sensors in my back yard and on all my R/C planes that fly off water. You can fully submerge that Arduino in water and it would still work