I am in the process of finishing a baby doll cradle for my niece’s 2nd birthday gift. The plans are based off a scanned magazine from 1979. I took screenshots of the templates and used those as attached an canvas while modeling the individual pieces in Fusion 360. Lumber used was edge glued pine from Menards. 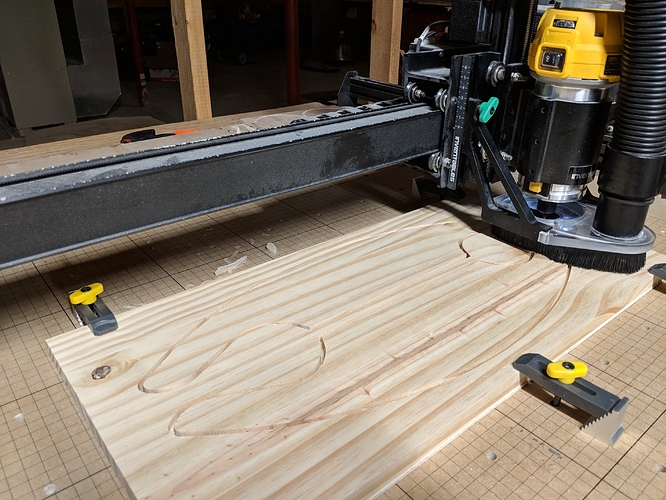 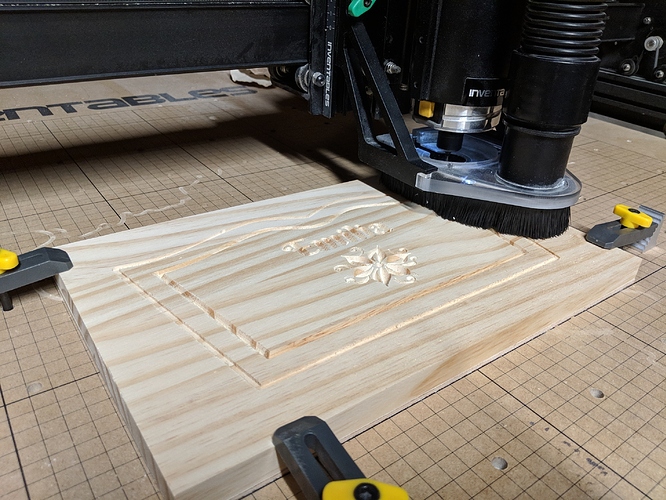 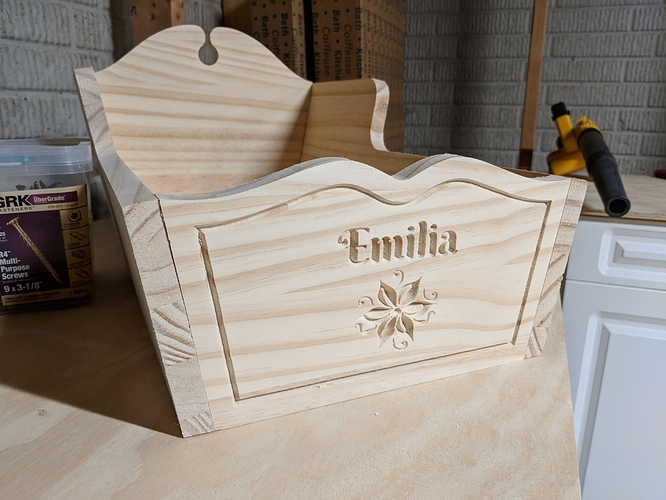 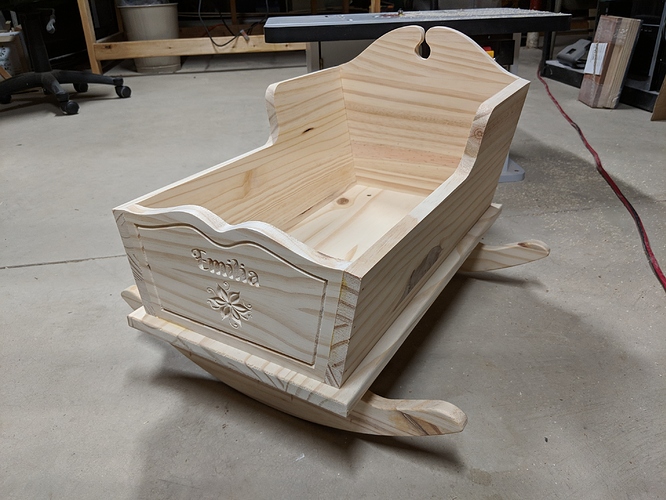 That looks great! Love hearing about the whole process.

Ha! I could have used this a few weeks ago. I just finished one that I had been working on for a few years for my daughters birthday. (Really just working on finding the time to do it.) I completed it, but through modifications in the design and wood limitations the size turned out a little odd (still works though).

@JoshuaMorgan awesome! Do you have any pictures of the one you completed?

Here’s the one I’m making for my daughter modeled in Fusion…still finishing it. Painting this time of year in Ohio is not helping. Went with a different font (so she could recognize her name). Just the ends are CNC.

This is pretty close to the one I did. I also used the machine to make the holes for the dowels. I figured it would be more consistent than I would be drilling them by hand. Quicker too.

I’ll see if i can remember to post some when I get home.

One thing to note, if I had to do it again I would take the hole at the bottom out. My kids broke that almost immediately. They’re snots and really hard on their toys. 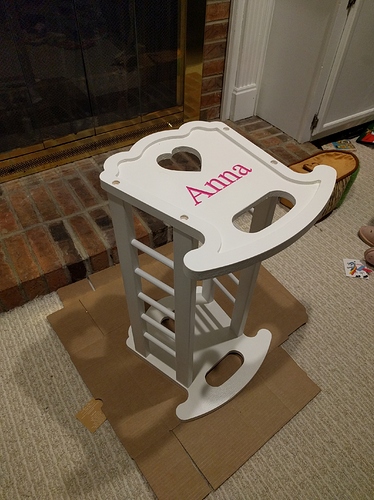 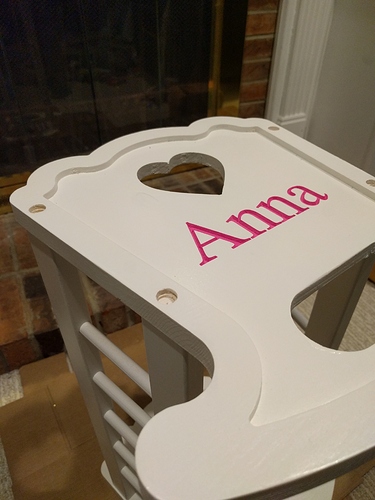 Almost finished: Just need to paint and glue in some little button caps to cover the screws. 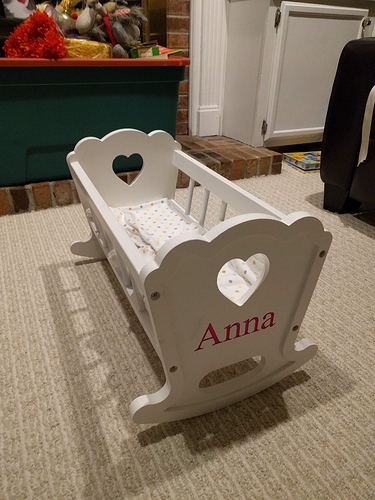 Finished it today and got pictures just before it had to be gifted to the little girl. 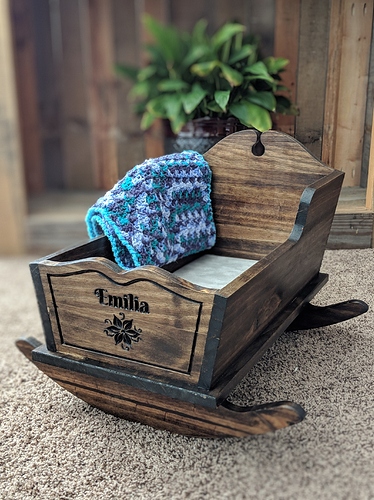 Really nice job on the finish. I have a grandbaby coming in July, I should probably consider moving this type of project to the top of my list.

That looks great! Nice photo too.
I tried to talk my wife into a stained finish on mine, but it HAD to be white.

@NeilFerreri1 I planned on painting it white initially, but my wife wanted to stain it, haha. The Minwax Dark Walnut on pine really helped the engraving stand out.

I planned on painting it white initially

Took no less than 47 coats.