It would be nice to have some basic commands, so that we could perhaps use the X-Carve as a hybrid CNC and router.

For instance, say I wanted to add a chamfer to a rectangular piece of wood, using a V bit, but I didn’t want to measure the wood and make a whole file in Easel. I just want to put it in the machine one side at a time, and tell it "Go 10 inches X, at the specified feed rate, and then stop.

Currently that’s possible with G code of course, but writing the g code to do that is just about as easy as measuring and setting up a whole project in Easel, which is the inconvenience I want to avoid. It’s not an “all the time” feature, but I’ve done several projects where it would have come in handy.

Right, and since it’s Easel you could also have baked-in things like DOC and material selection already ready already, so that you don’t have to calculate any of that. Just say “Make me a line from X0 to X+10 that’s .25” deep." And it knows to take it in several passes, knows how fast to plunge, etc.

The reason I even bring this up is partly because Easel doesn’t have a line segment tool anymore, and partly because even though you could import a line segment as an .svg (pain in the buttocks) and even though you set the origin of that segment to X0Y0 and theoretically it should do a similar thing to what I’m describing, we’re already well past the point of inconvenience here.

We could be using the X-Carve as a mixture of semi-automatic power tool, hobbyist milling machine, and full-on CNC router. We just need the tools to do it easily.

And @AngusMcleod I hear you about the port hogging. Currently if I want to switch from Easel to UGS I have to unplug the arduino and quit Firefox, then start up UGS and plug the Arduino back in. Same if I want to switch back, and I STILL have to manually enter GCode to do simple things like straight lines, countersinks, etc. 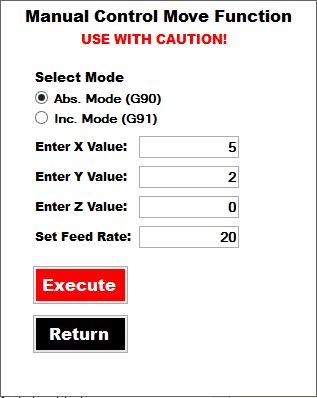 The LoboCNC machine uses positional encoders which allow one to use it in a manual mode.

It would be nice if we could use jog wheels for this sort of positioning — the Contour Design Shuttle Express is quite affordable, and is re-badged for use by a number of commercial machines.

Thanks, but your software doesn’t support Mac or Linux :(.