I have read others who have had belt breaks and I am trying to fix mine.
I have adjusted the belt clips and I cannot get the belt to stay in the middle. It always wants to ride one side or the other side edge.
Any suggestions on how to fix this.
I am using belts that have the steel reinforced. Could they be the issue?
When I am watching the gantry move I notice that the belt in the middle will sway towards the center making it rubb the Idlers and motor pulley.
I am at a loss as to why this is happening.
I have several jobs that take more than an hour and the belts will not last very long with them rubbing.

The machine construction is not precise enough to keep the belts always centered. That’s why the flanges are on the pulleys and idlers in the first place.

Yes, you have to be a little delicate with the stock 6 mm wide 2GT belts.

Consider upgrading to wider and/or beefier pitch belts. There are at least a couple of people on the forum offering kits to do so.

I am 21 months in and never an issue with the belts. I would not say I use it heavily but have done many 3D carves at 0.003 step over. That really works the X axis. I have even increased the max rates 50 - 100%.
I suspect severe misalignment, over tightened, or bad belts are the cause for most of these claims.
Now I had better knock on wood save jinxing myself! I did buy spare belting from Amazon over a year ago so it is in the drawer if needed.

I started to use the steel reinforced ones.
I am considering on getting a kit for the 9mm belts.
I just want to get this thing up and running so I can finish this job.
If I run the system for more than 2 hours the belts will rub and the heat breaks them.

I have tried just about everything. I can’t see to figure out why the belts ride the pulley towards the inside of the machine.

Nothing I do will make the belt move away from the edge.
If the idlers or motor shaft is off will it do what I am seeing?
I am thinking it some sort of assembly mechanical issue or just bad part that is slightly off.
I am out of ideas.

the belts ride the pulley towards the inside of the machine.

If the pulleys or idlers are not perpendicular to the line of motion the belts will tend to crawl toward one edge or the other. It would be rare to have this problem on an X-carve, but it is a possibility.

Did your previous belts do this?
Are the screws that mount the motor to the plate tight?
Are the idler screws tight?
What tension do you have on the belts?

I have had belts brake during long hours.
I didn’t notice it before because I wasn’t running my system for these long hours till a job I am doing now.
I have had multiple belts break now.
I have cheked the motor and made sure the fasteners are as tight as I can get them.
The idler pulleys are also tight
How does one check the perpendicular of the pulleys? Should I get new plates and v-wheels?
The tension I have on my belts I kept at 3lbs per inch on my fish scale.

3 lbs is a bit light but should not cause the problem.
Which axis belt is breaking?
If it is the Y is it only one side rubbing/breaking?
Are both your Y motors running? Possibly one doing all the work?
Is the X square to the Y?
Can you attach picture of the rubbing?
Please define long hours?
You mention V wheels, are they in correct place on the extrusions?

The Y and X axis belts will break or come loose at times.
I use zip ties for holding the belts in place.
Both Y motors are running. I checked them.
The Y and X are 90 degrees square with respect to each other.
Long hours are more than 2 hour jobs.
I mentioned the V-wheels only in respect as to know if they could cause this issue.
They are on and tightened correctly. (I can always check them again.
As far as the rubbing I do not have any pics and I threw away any broken belts.
The belt always rides towards the inside. I have adjusted to the best of my ability.

I did run a 5 hour job and all is ok but the belts are still riding on the edge.

Reversed the end plates that the Y motors attached to and still have the rubbing issue.
Did some measurements of the pulley and it appears to be at 90° to the plate, so there is no angular issue.
The plate is square to the top of the rail that the V-wheels make contact with.
I am getting new end plates to test more. Hopefully it will be a fix then.
Just wish I had better measurement tools to solve the problem.

I still have the rub issue.
However I have swapped to thicker belts for the time being.
I am now getting a new issue with Z deflection.

I am not happy with this setup anymore. I need to get a more robust frame. The Z deflection is leaving artifacts. There is nothing wrong with the frame but it just can’t handle the added weight. It originally came with a lighter router etc. I will have to invest in a better stronger frame. Once I have a decent job then I can upgrade. I may end up going back to the router till then.

I also have the other spindle motor which could be set up and it is lighter so the deflection will not be as pronounced. It just will have to be ran slower and I will not be able to do any heavy carving. Just light things. At least that way I can do some small items and keep it going. With all the issues I have been having I cannot trust the machine and make any sort of business where it will pay for itself.

I’ve been using the the steel ones no problem and then I had an issue where my pulley shifted back and forth and it rubbed the cap on the pulley if that’s what it’s called and made the belt jump. To find out that the set screws even if I had them super tight were coming loose. It shift it off the shaft and then would break the belt and then mess up the geared pulley. I went to menards and picked up longer and better screws to make sure it wasn’t going anywhere. When I had my stock setscrews with a new belt after running it thru a few projects I could see it not being straightened. If you haven’t changed to better screws for the set screws, maybe try that. In the future I’m thinking of doing the larger belts also.

I have tried a lot of variations.
Nothing seems to work.

Yeah sometimes it can be a pain to find out why it’s acting like how it is.

Replaced the belts with thicker ones and today not even an hour of use and the belt broke again!
This is really not cool.
Tired of this machine if I can’t even spend time to make things. 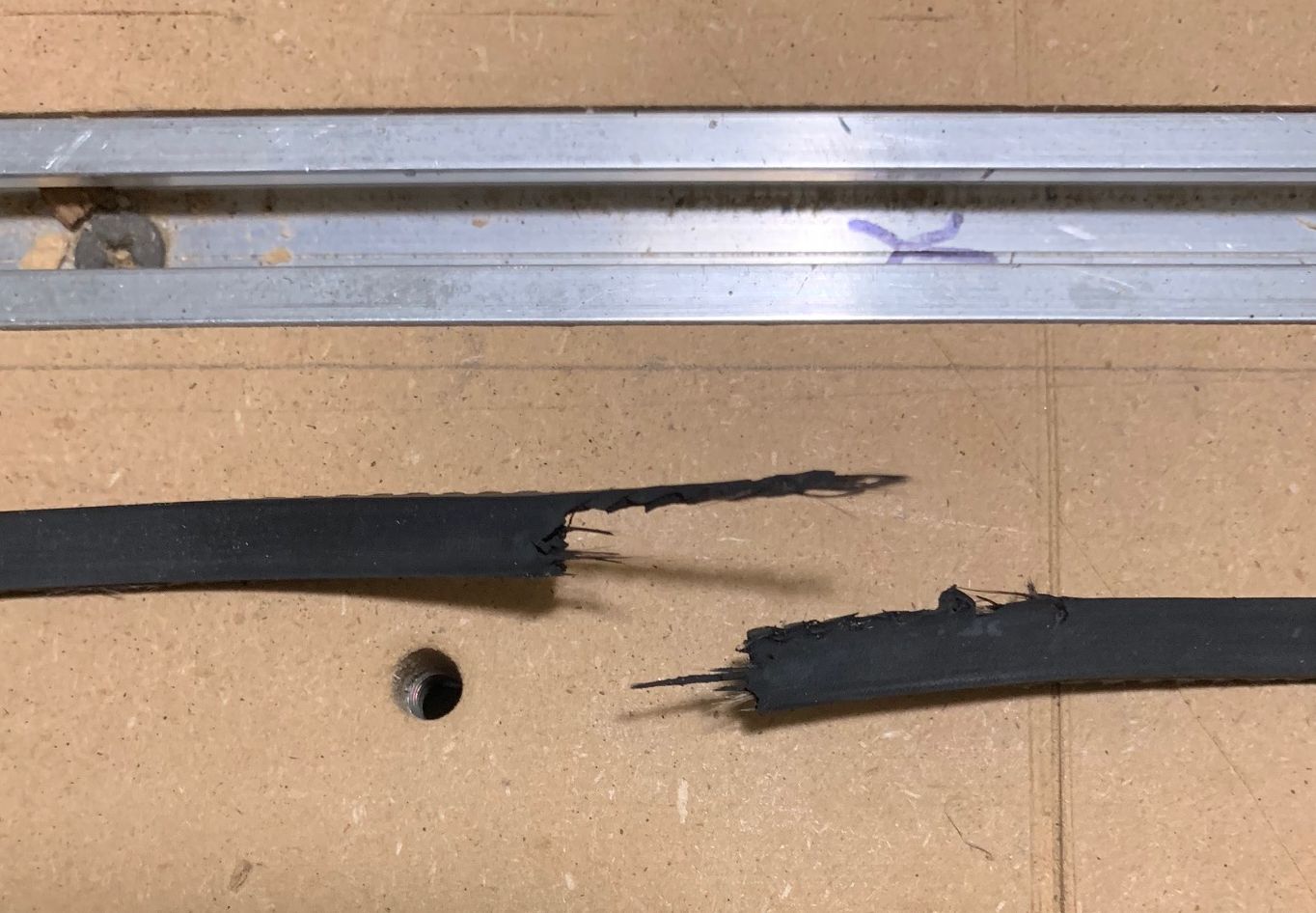 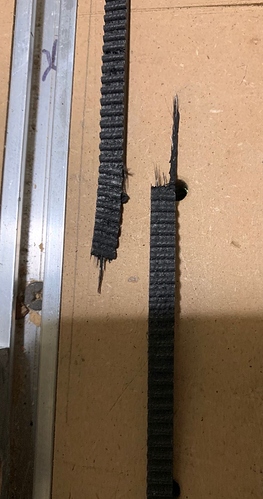 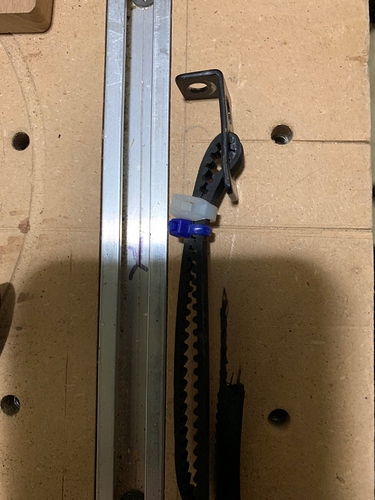