I have been running a relay like the one pictured below for a year now with no problems. Today things got exciting when I screwed up and managed to tear a 3"x3"x1" oak block loose while cutting heavy with a 1/4" bit. The block hung in the bit and spun around - really shook the snot out of things! I slammed the e-stop button and movement stopped BUT the router was still on and kept spinning (dust collector also still on). Had to reach up and hit the routers switch to shut it down. Dust collector kept on running.

After I calmed down I started trying to figure out why the relay was not shutting things off. Unplugged it from the X Controller to eliminate that but anytime I add power to the 110V side the router and dust collector runs. It appears it is now in a continuous closed position no matter what. I have to assume it is bad because obviously it shouldn’t be close with no power but the question is why it failed?

Is it possible the load added by the spinning block caused a amperage spike that exceeded the 25 amp limit and fried it? BTW - it does not directly power my dust collection. It powers another relay (low voltage) which actually turns the collector off and on and that requires only about .04 amp. 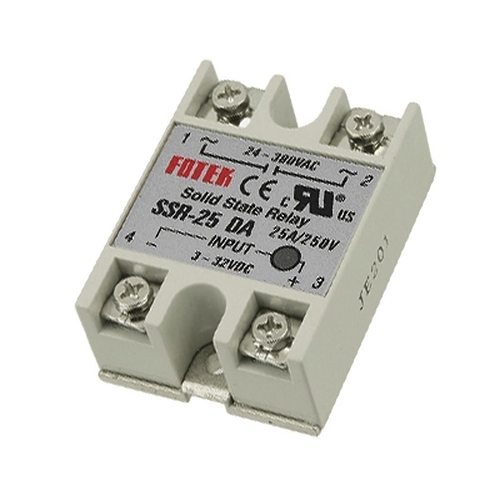 Is it possible the load added by the spinning block caused a amperage spike that exceeded the 25 amp limit and fried it?

Most likely not the spinning block, but the tear out could do it.

If you read the data sheet, these ssr’s are not rated for inductive loads. This includes the 40a.

There are copies everywhere and if you get one of those they are crapola.

I had one SSR that blew a resistor instantly when the live wire was energised.
Labelled CNMF instead of Fotek, otherwise identical. Have a Fotek-labelled unit also from fleabay which look identical to the one that let the smoke out. I dont use them.

I would be leary of any unit with unknown origin/heritage.

The reality is we should be using the relay to control a contactor that switches the motor on and off.

An oven is a resistive load, motors are inductive. When the motor is turned off it generates a high voltage spike that kills solid state devices. You can take some of this with a snubber.
I’m not saying they won’t work, I’ve done it a thousand times but the life is less.

If you have a real FOTEK, it has a built in snubber.

Unfortunately I was too quick on the draw and already ordered a 40 amp unit. This discussion too surprises me as I don’t remember it coming up last winter when I was setting up my system. Guess I will try it again because as I said it had run flawlessly until I hung that block! I will say I have a large CPU heat sink attached to it but had yet to feel it even warm.

Just look at the specs for the one I bought and it CLAIMS to have a built-in snubber. At least I think that is what it is saying -

On the upside the screw up forced me to take time to run through the machine and adjust all the wheels and such. Need to do this anyway but just kept planning to do it tomorrow.

I just had two of these cnmf relays fail in the on state. Took them apart, MOSFET is extremely under specified, and rest of circuit is a rubbish too. No isolation of I put and output circuits that I can see. You get what you pay for, but try finding a non counterfeit fotek online.

yes both of mine were attached to a ribbed aluminium case in a 20 to 30kph air flow (using as a battery switch on an electric bike) and thermal paste for good measure.
Your relays have very different labels to mine, maybe yours are real and mine are counterfeit. I just got a full refund from the supplier for the two of them, so I am on the look out for some real ones.

specs on that nice block ?

In December I installed the new 40 amp unit I listed above and have been running it almost daily since. So far no problems.

Is there a tutorial for electronic noobs like me somewhere how to connect the relais? Lets Talk about the X-Carve Automatic Power On Options for the Router and...

\ **This post is focused on the X-Carve however it is often applicable to other CNC's running a standard handheld router as well. You would just need to identify the Spindle Output for other CNC's   How many times have you wanted your CNC's...

A friend of mine, James, installed a SSR on a different brand cnc, you can combine information from them both if youre using a SSR on an xcarve. 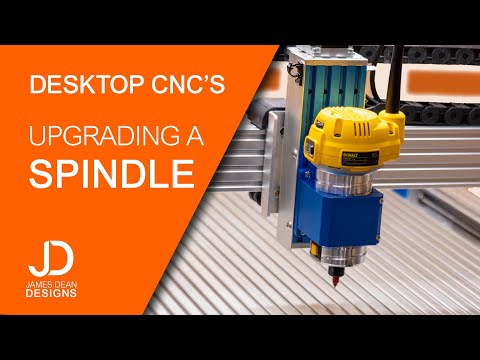 Oh, thats easier than I expected…thx for the link