Hi @BartDring or @Zach_Kaplan or anyone at Inventables that does the engineering on X-Carve.

In browsing other discussions on the drag chain brackets and also others talking about mounting the side drag chain so that it will feed the wires to the rear of the machine, I thought to myself, “hmmm… I wonder”. When I got to the step in assembling the X-Carve drag chain, I thought about a way to do just that and ran into one main hang-up… the lower front bracket really only wants to be put on in one way. If you happen to think that it might be nice to mount it going to the front or back, I thought of a way that might make this possible. Basically, it would just be a change to the bracket and mirror both sets of holes to the other side… something like the picture below: 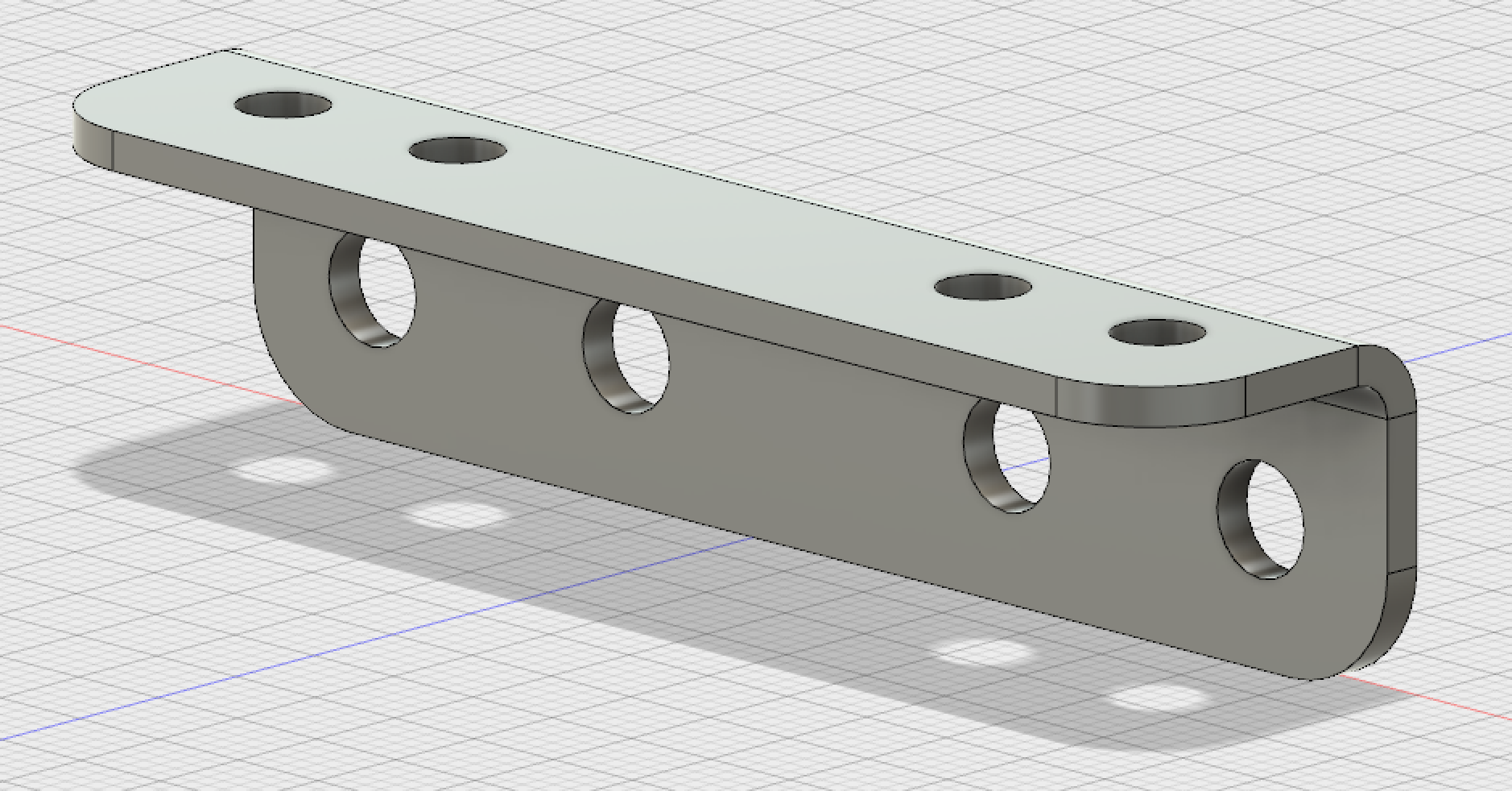 If the bracket was modified in this way, you could mount it on the front or the back and just mount the “male” end of the drag cain upside down and backwards and viola, the drag chain works the other way.

I’m not sure I am making this very clear, and I don’t want to come off like I am telling you what to do. It’s just a thought that I had, that you might find interesting… or not

I will check that out. We have a “continuous improvement” environment for this project and will implement all viable changes as we go. We have already implemented about 10 changes. Some are shipping already and some are in the next batch. Our batches on X-Carve are on about a 10-12 week cycle from idea to shipping.

Thanks @BartDring! Let me know if it is something you guys would be interested in implementing… I’d love to know if it helps.

@BartDring: That’s great to hear. Is there a place where that list of changes is posted, so that X-Carve owners can keep their machines “up to date” over time with any of the improvements that are beneficial to them?

I don’t have a handy list of all changes, but you can look through the GrabCAD sources files to see changes. I’ll show a couple examples.

There are some other changes if you poke around. They all are minor, “nice to have”, changes. The cycle time to actually see these changes in kits can be long. We cannot guarantee when they will ship.

Some people stress out a little when things change after they bought them, but we want this to stay a fresh and dynamic product. There are more cool things in the works.

Edit: In GrabCAD you may see more revisions in the part file than on the drawing or missing revisions. This has to do with timing. There might be a few nightly saves before the actual change is complete. The folder the public sees was added late in the game so some early revisions are missing.

Nice! A bit more space between the screw holes on the belt clip.

@Nathan, here is the modification to the bracket I was talking about… see the first post on this thread

Has anyone been able to determine why the machines are setup to have the wires exiting the front? This seems so counter intuitive that I can’t wrap my head around it. I’ve never encountered any tool/hardware/electronic that has all the cables/wires exiting the front rather than the back. Aside from being messy it makes choosing a good place for the power supply difficult.

Thanks sketch, I was also looking a making my own brackets to make the drag chain move vertically instead of to the side…bc I more than likely won’t have enough room inside my enclosure to support the drag chain sticking out horizontally

@VexFX, I can think of a several good reasons why the wires come out of the front. For 1, if you mount them at the back in a setup like mine then you won’t be able to reach the box to turn it on. In the end, the point of this kind of machine as opposed to something like the Carvey, is that you are meant to customize it and make it your own. Hence, the reason I tinkered with the bracket model and posted this thread.

@Nathan, The reason I asked earlier if you ordered the 1000mm version is because it comes with different brackets than the 500mm version. These different brackets mount the Drag Chain vertically. The only modification you would need to make to the 1 bracket that normally goes on the lower front of the machine would be to drill these 4 extra holes in the bracket that comes with the machine.

See my build for how the machine looks like when put together using the 1000mm brackets: 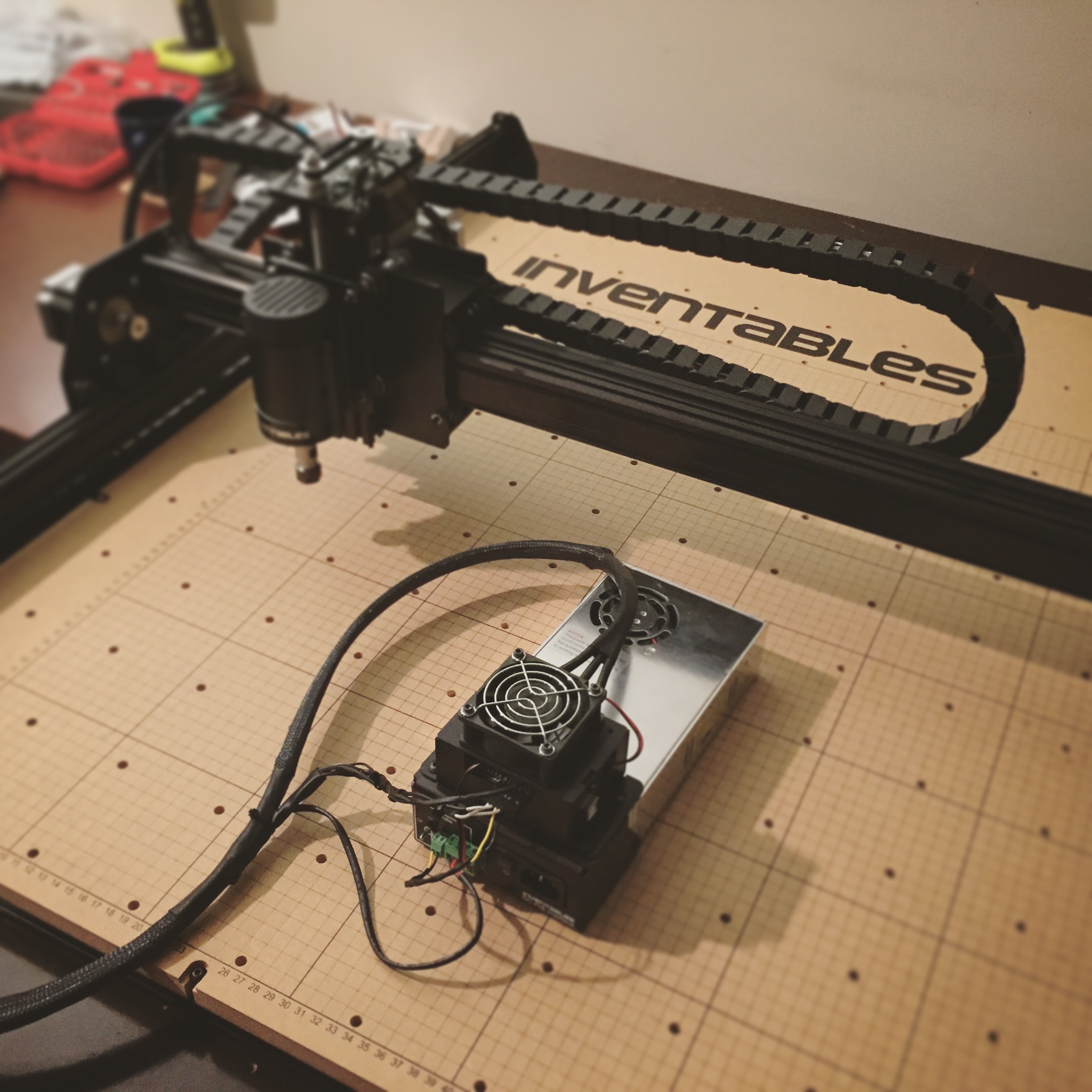 I remember seeing the discussion about updates here, so I thought to post as well. If there is a more relevant thread, feel free to move this accordingly.

We have been discussing some ideas in the Stiffening mod thread that involve the use of 40x40mm extrusion as a one piece X-axis. There is an easy update on the Y plates that would facilitate things (i.e. eliminate the need for drilling to mount a 40x40 extrusion). Here it goes :