I recently complete a garden ornament using epoxy resin. Every this was fine after 3 day since completion and the resin appeared to have cured however, when I looked at it this morning a huge bubble had appeared under the surface. Does anyone know what could have caused this and how to correct it? I’ve attached a before and after photo. 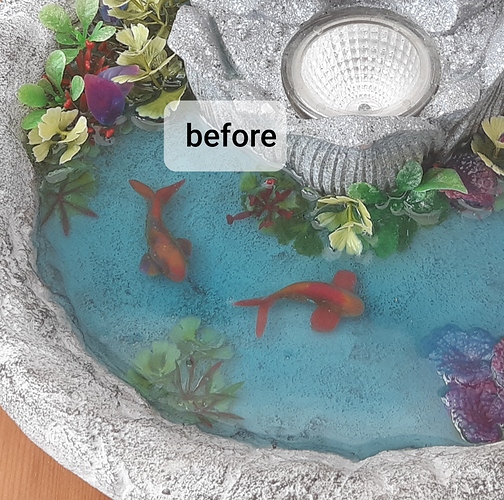 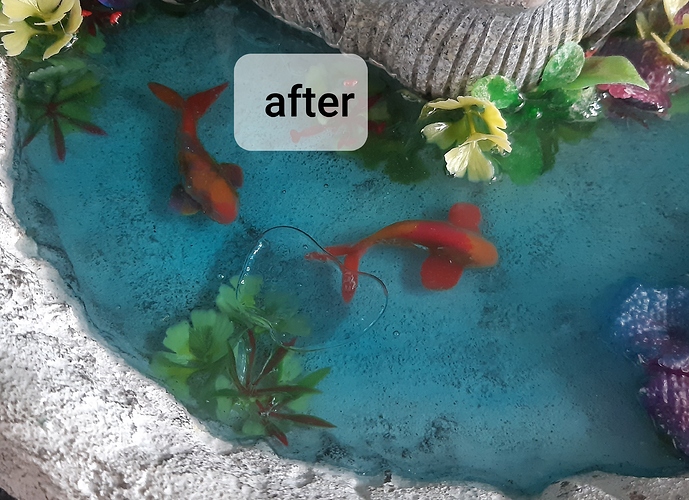 There are a number of things that could have caused this, improper mixing, failure to properly cure, some foreign material in the mix. Hard to say for sure. I’ve had to fix some nasty epoxy failures (some my fault), you could cut out the damaged bit and sand the area from 300 or 400 grit down to 3000, then fill the void with new epoxy, or if you sand it well enough and dont want to re-fill you could use a buffing compound to take out the scratches.