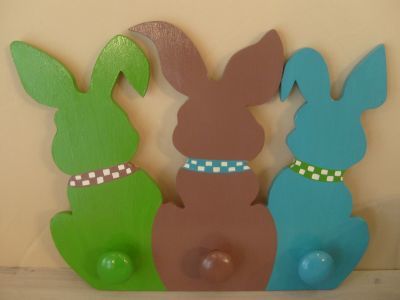 so i try hardly to make one for her 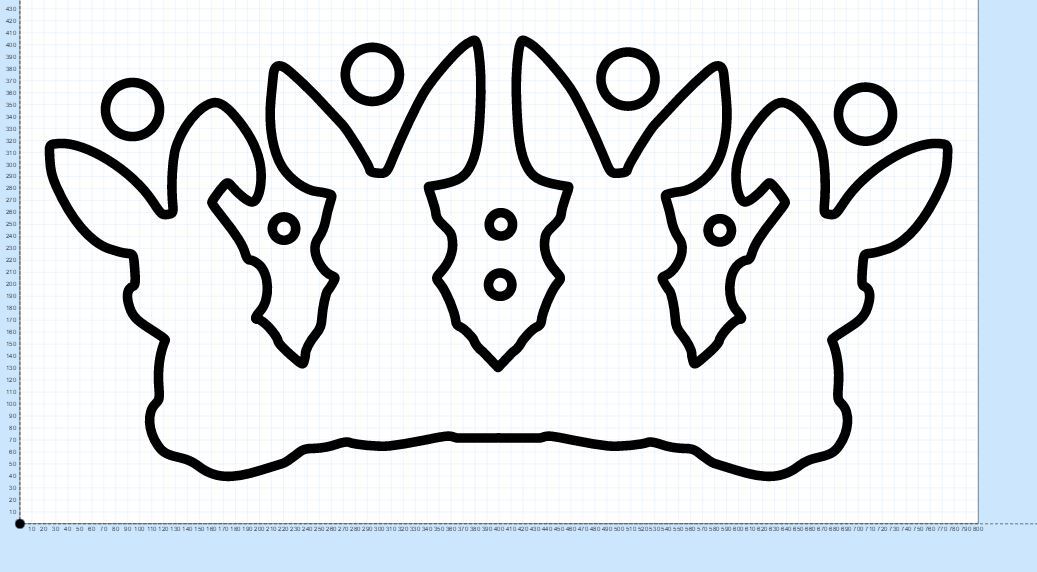 i try it on some hard plank of an old shelf (look like some OSB but harder !!!)

so after some fails 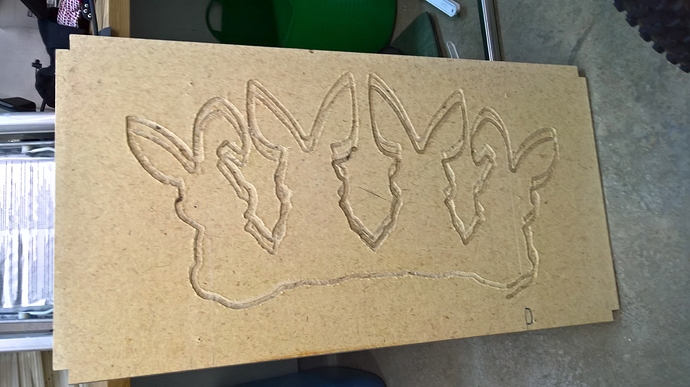 and power adjustement on the arduino 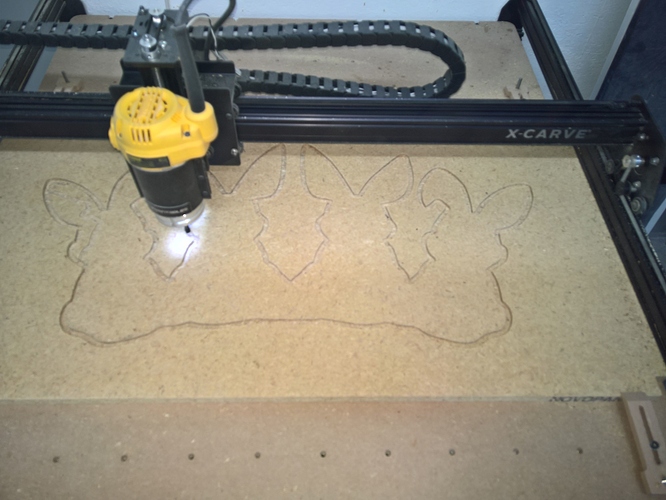 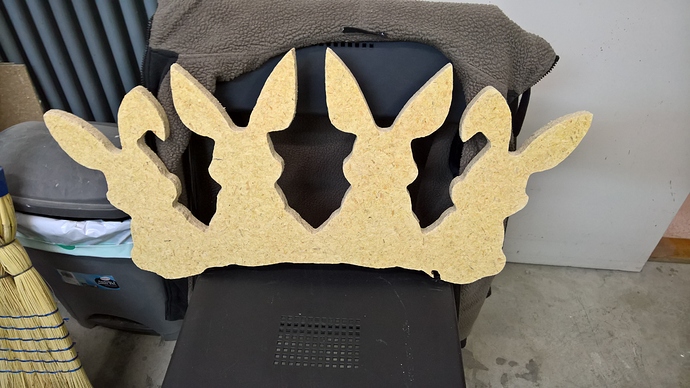 50min work estimate by easel, but couldnt finish it…
i think (by earing the x-carve) it was a bit to fast

i will try again an other day, but thoses 20mm of wood does not want to try again lol

i will try deeper but slower next time

thank for the advice, but it will increase the time of work ? (i will need to slow down the feed rate too ?)

I actually broke my first bit because I had dewalt set to a 6 and was going too slow, the bit got so hot it snapped. When I slowed down my rpm I found I could actually speed up my cuts to increase the chip size which keeps the bit cool.

okay thank for the feedback, i will study now the furmula of feed rate

You can increase your feedrates to 1500mm/min and reduce the Dewalt speed to 1. You will get much more life from the tool and from your Dewalt.

well i wana try it for myself.

it’s funny to discover that you can increase the speed but not the deep ^^
edit:
weel no at 2000mm/min it fail at the second time

You should be able to go 1500mm @ 3-4mm depth per cut. If you are loosing steps at that speed, you need to adjust your potentiometers.

yep that what i wanted to test
or the wood is very very hard, and it takes a lot more torque than I imagine
or my bit is pure shit…

6/6 is way too high . I think that’s only for a Maple hardwood . Or maybe a Hickory wood .

Or run it on non critical test stuff til it snaps…

No need to ever use a speed that high. Faster rpm’s do not cut harder materials better.

well… you were right
after 30min of adjustment of potentiometers
watchout about limit switch, i was close to destruction

I could well increase the power in my axes

thanks all for your recomendation !!!

I may have to up the pots some then. I made the adjustments based on Robert’s videos, though I didn’t leave them near the upper limit.