I know there has been a couple thread started in this already, but I wanted to post a video of my chatter while milling MDF.


(sorry for the poor quality)

Any advice would be great, I’m going to run another job tonight at 0.02" DoC and see if that produces better results.

Here’s a photo of the finish. 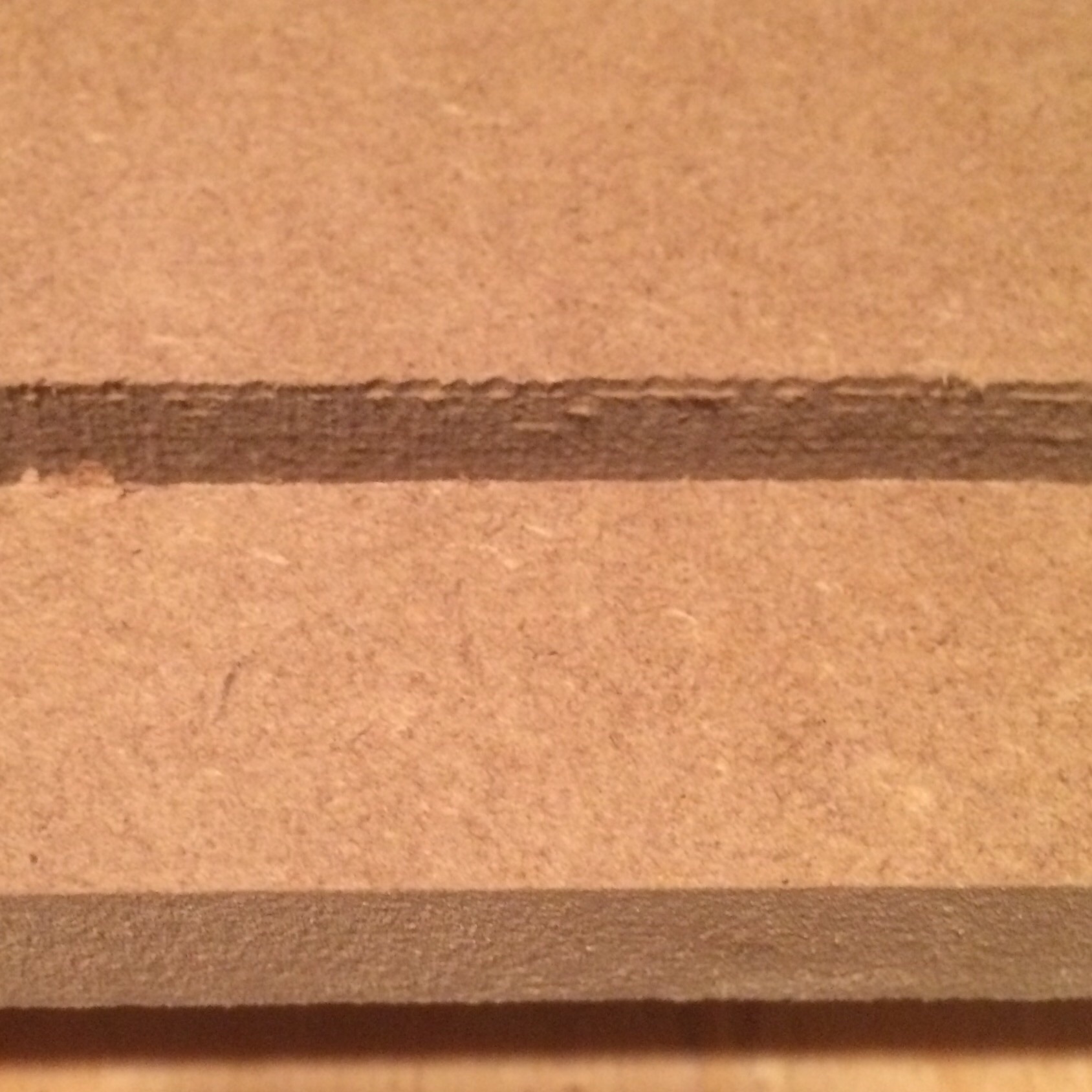 Have you tried the same cut with the spindle moving clockwise around the work? I have seen a real change in the chatter depending on the spindle direction.

I haven’t, I’m using Easel so I don’t think there is a setting for that. Unless I missed that somewhere.

Nope, Easel does not let you change direction. Another feature request!

Another thing I think it could be is that my 6mm/1/4" bits are pretty long (they are in the collet as far as they will go). I wondering if the long distance from the motor bearing to the end mill end is causing some vibration.

I haven’t cut with my 1/8" bits yet so that may be another test to run.

Yes indeed, the longer tool shaft will produce lots of torque on the lower bearing of the spindle. I have had much cleaner cuts with shorter 1/4" bits. Although you need to be careful, I was trying to cut trough a .75 inch block and started rubbing the collet against the material (that is a horrible noise).

I could imagine that would be terrible. I’ll be for the most part cutting 3/4" MDF if not thicker so I kind of need the length. Looks like I may be upgrading my spindle in the near future!

100 ipm seems high to me, I usually keep the feedrate less than 40 ipm even with mdf. I would keep the DOC the same and reduce feedrate.

What was your Spindle speed Rusty.

make sure all the v-wheels are snugg

Yup, I’ve been checking before each run.

it may just be to fast of a cut for the material. ive cut fiberboard before and had the same issue. slowed down the feed rate and it improved both quality and chatter.

I’m not too sure, I’m using the stock 300w spindle on automatic control so maybe 18000rpm? Maybe I’ll try slowing down the feed rate and leaving my DoC at 0.06. I went to 100ipm because I saw some posts here saying that was a pretty good rate for MDF. 100ipm seemed a bit high when I first saw it especially since the default value is 40ipm, maybe I’ll split the difference and try 60 or 70.

Well that sure doesn’t sound right.
It is hard to tell but it kind of looks like it is pushing the chips down as opposed to pulling them out?

What bit are you using?
Are you using a down-cut bit? If so try it with a (regular) up-cut bit.

(It isn’t possible to wire the spindle so that is spins backwards is it?)

I didn’t realize the first pass cut was so deep.

Those bits are pretty long for the basic spindle. It very well be a run-out (spindle shaft wobble) issue .
I would try a shorter bit first.

Ya that’s what I’m starting to think. It’s a two flute straight bit.

Easier to reduce feed rate than buy a new bit while testing. Max rpm on the stock spindle is 14000 , so always try and calculate feeds and speeds off of that number.

Have you been able to test lower feed rates yet?

BTW: I like straight flute for my MDF cuts… less tear out and cleaner cuts… Just get good suction in there to clear the chips.