This is my first go at an acrylic clock face lit from the center. 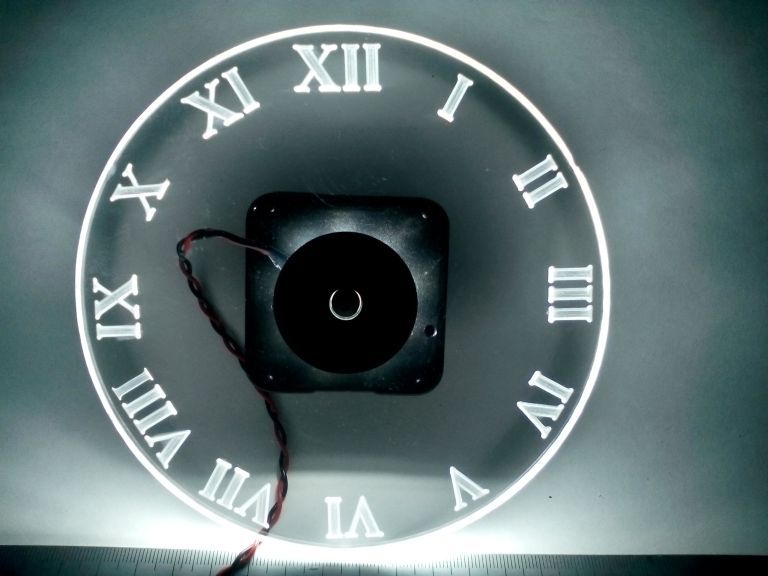 OK, a bit more info. I cut some small pockets for 3mm leds and wired them up in lots of 3 so it would run from a 12V plug pack. It was milled from the back so I used the stamp app to mirror the text. 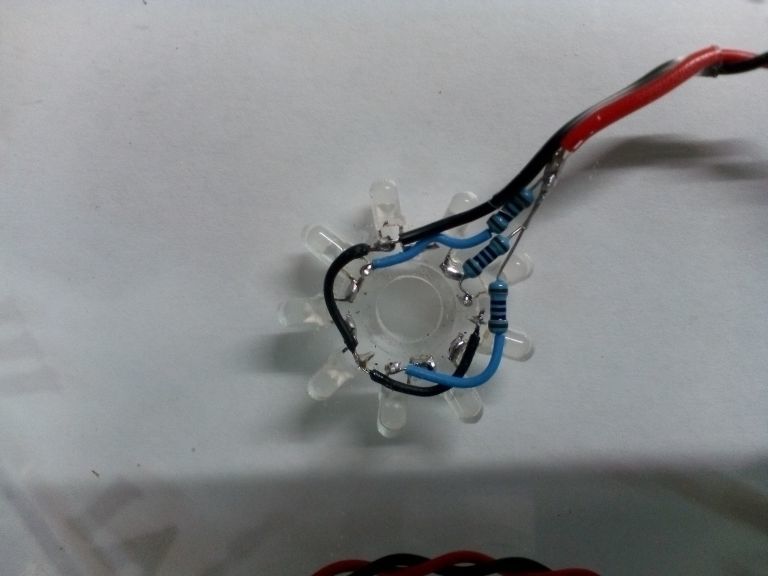 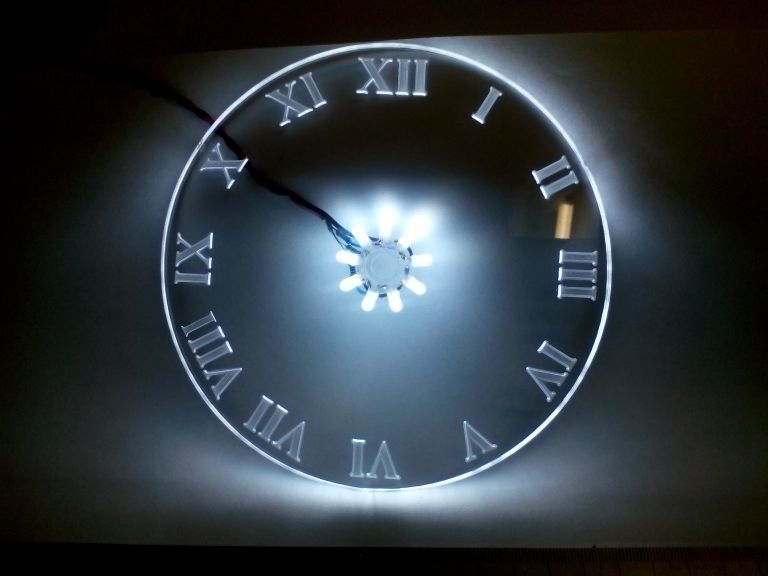 Very impressive.
What would put the icing on the cake is if you could make acrylic hands that also capture the light.
Then somehow hide the wiring.
Very nice though.

Just wondering where is the place for Clock mechanism Pocket you’re planning. 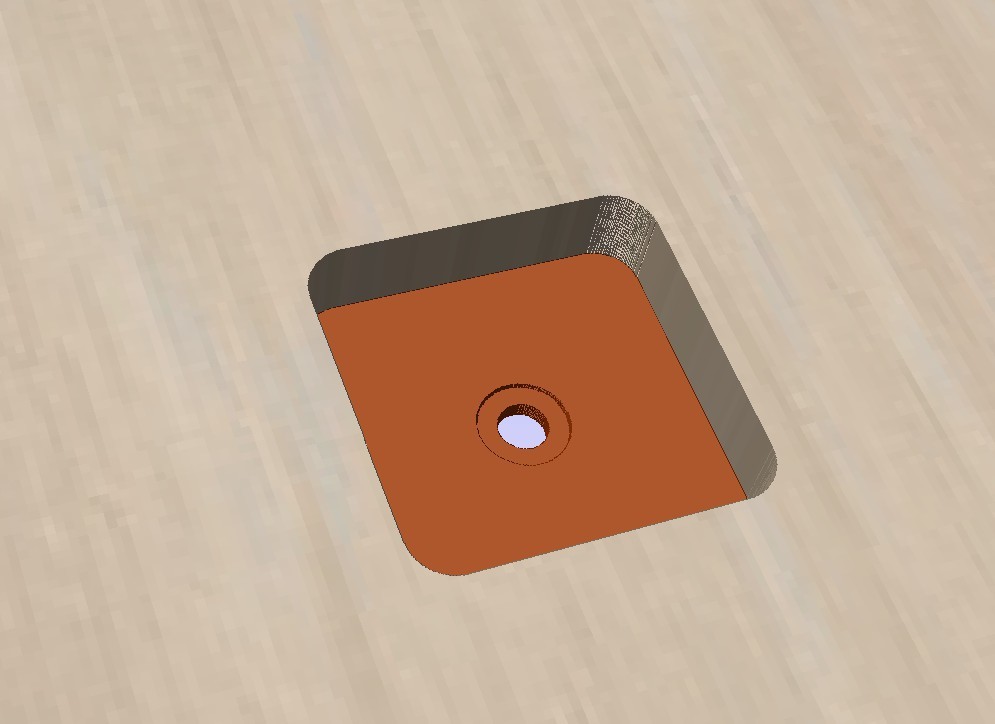 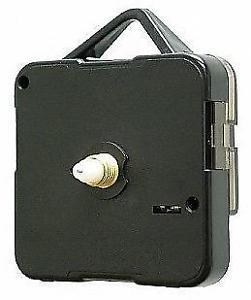 What time is it… it’s somewhere between dusk to dark.

it’s somewhere between dusk to dark.

my wrist watch has been stuck at freckle past a hair for years.

Looks great! How much power are you using with just the led diodes?

Looks great! Would love to see something like that using those LEDs that slowly change colour!

Quick question: if you’re wiring the LED’s up in groups of 3, then that means each is getting 4 volts? Would that potentially lower their lifespan?

The LEDs have a forward voltage of 3 volts, with a 100Ω resistor in series that gives a current of 30mA, the other 3 volts is dropped across the resistor so they should be fine.

There is no pocket for the clock, the acrylic I used is 4.5mm thick and the LEDs are recessed by 3mm and the clock mechanism is packed to give enough room for the wiring.

The current was calculated to be 90mA but I have just measured it at 82mA so at 12V power is about 1W.

so you’re saying Gaz is a real… clock tease

Ah, right, I see them in the photo now. Cool.

I wonder if there’s a way to light up clock hands as well? Having the hands in a clear acrylic that is lit up in a different colour would be cool (although to be honest it might be less readable), but I can’t think of a way to actually do it!

I decided that the point to point wiring of the LEDs was too fiddly so designed a circuit board and of course milled that on the Carvey.

Now I have to re-do the pocket in the clock face design so it will fit. 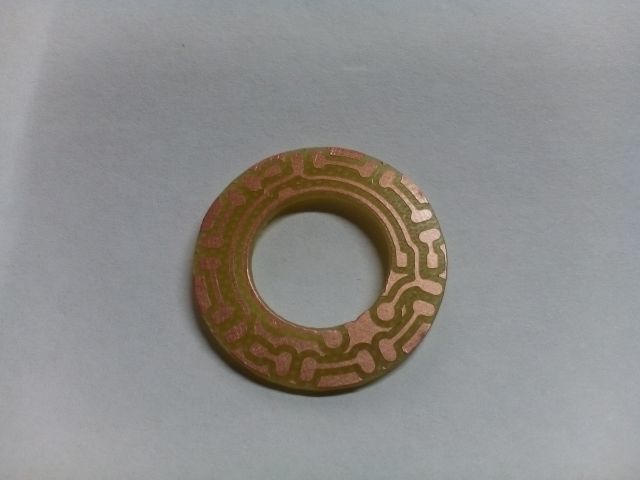 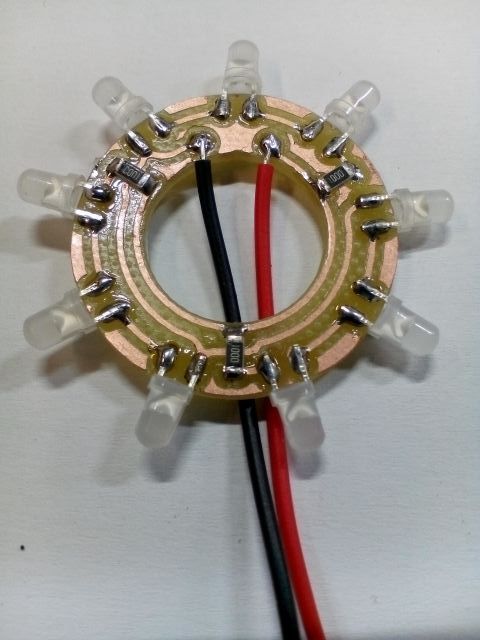 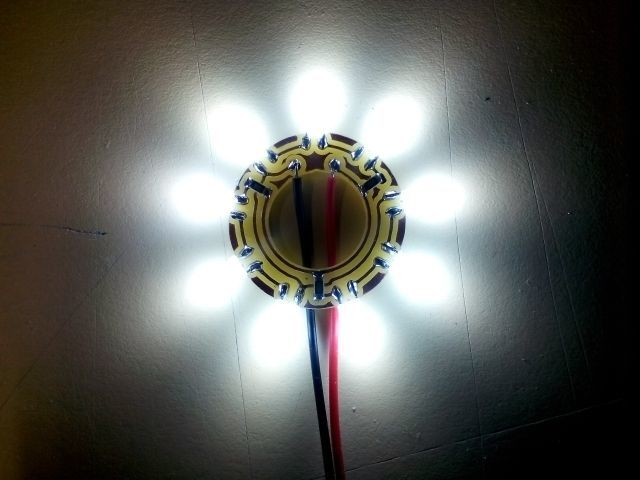