Test cutting yesterday went wrong. Only certain letters cut off course. The Dept only the EPT we’re off. Cut lower. On the Seattle only the LE were cut off, lower than supposed to be. Not sure why thank you for your help 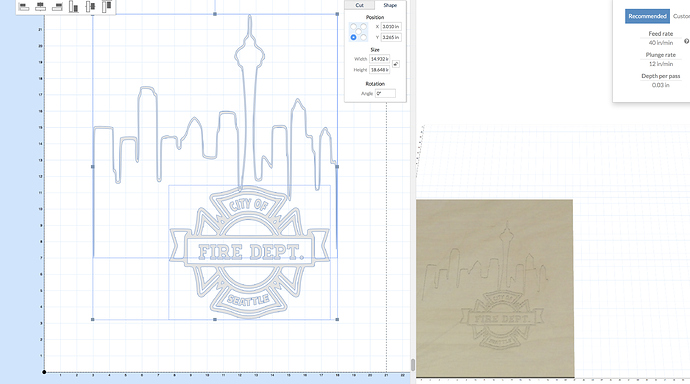 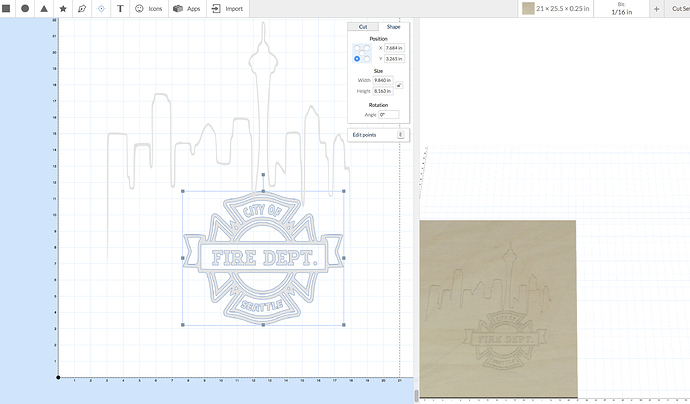 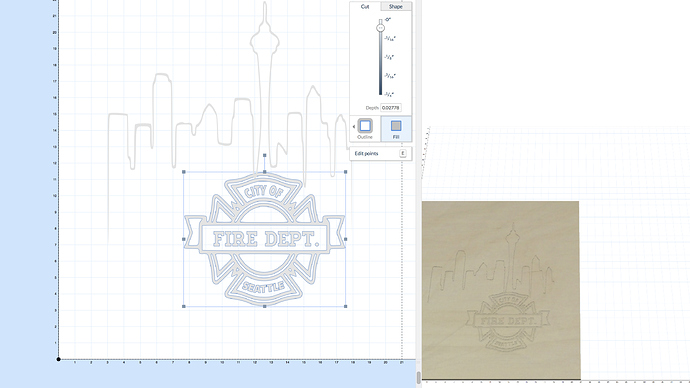 Have you tried running it again? Looks like something shifted during the carve or maybe lost steps?

Definitely lost steps in the Y-direction, hence the lower “EPT.”
Somewhere prior to that part you lost steps, reason is hard to tell as there are many possibilities.

Your cut rates don’t seem excessive either, unless the bit is not operating properly and overpowering the stepper motors.
What controller do you use, gshield or X-Controller?

What size is your X-Carve? Did you happen to run out of travel and hit the end of the rails when cutting the Space Needle section. That is a lot of drop in the letters. Sure looks to me like a limit was exceeded somewhere and cause the belts to skip.

Another thing to watch for is that you aren’t butting the carriage up against the clamps during the carve. I’ve had this happen before, and it can definitely cause the issue you’re having.

I’m sure it’s been suggested, but check all the grub screws that lock your pulleys to the motor shafts - ideally file a flat on the shaft to assist with holding them secure. This is a very common issue that can creep up on you and sometimes only occurs under certain circumstances.

Another “should do” is to adjust the current from each pot on the circuit board so the current isn’t too high or too low. Again, this can sometimes only reveal itself at odd times.