Really pushing Easel here, but managed to get this chameleon design marked on birch nicely. I really like how this came out but as a vector rather than raster image it took a while.

Done with the JTech 2.8w laser on the X-Carve. 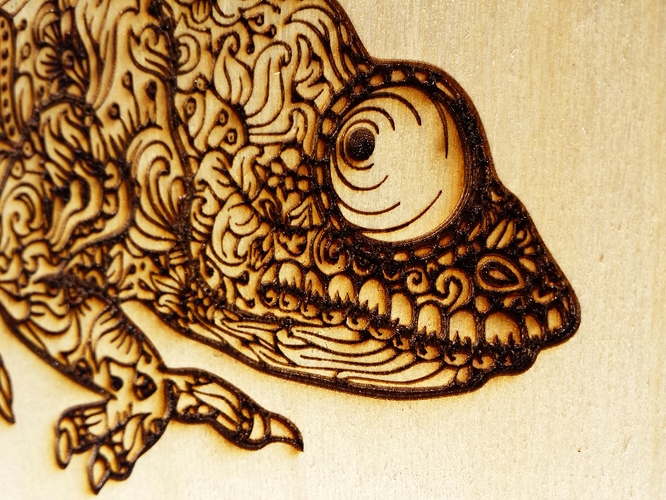 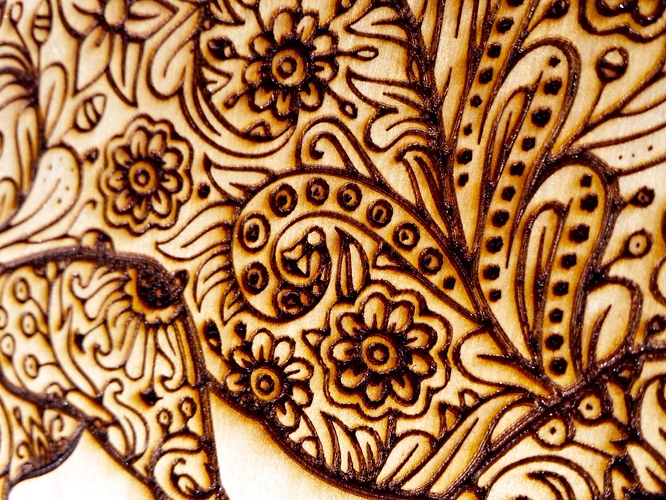 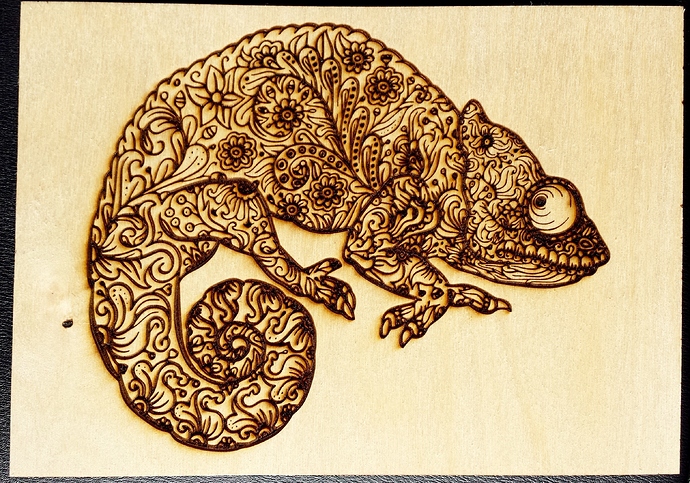 @IanWatkins Dude! The fact that you’re cranking out projects like this with a laser on an X-Carve with Easel is very freaking cool! Please keep inspiring the rest of us.

How did you mount the laser?

@IanWatkins - you rock! That is AWESOME! 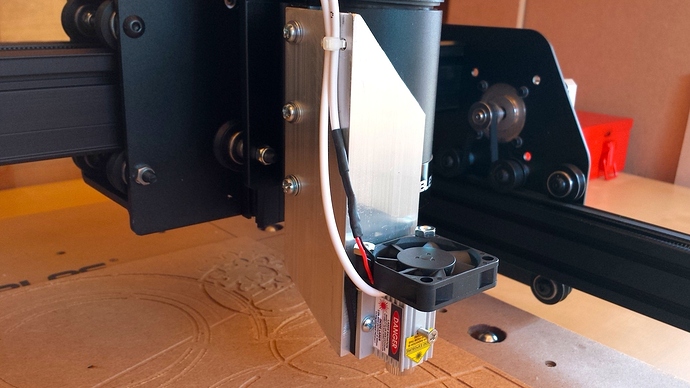 that’s awesome thanks. Did you make the mount?

Yep, just a piece of angle ally I had sat about.

It’s now painted black and also now uses thumbscrews to mount to side of spindle mount so can be quickly taken off when using the spindle.

that looks amazing, FYI i worked with a laser engraver on-board the USS Makin Island during my time in the Navy. i was also in-charge of the laser safety program. high power lasers like that release low level alpha radiation, so i would recommend building a wood/plastic/metal box to surround your Xcarve while using the laser. unless of course you are done having kids. lol. other than that your project is truly inspiring, keep it up

Wouldn’t have thought there would be much alpha being given off by a 2.8w laser and it would be non-ionising anyway? I.e. wouldn’t pass through your skin.

yes, it is non ionizing, i was using a 40 watt laser and even it didn’t have much alpha. i din’t realize yours was only 2.8w, your probably fine as is. i didn’t mean to be like “your gonna die”. just a friendly precaution as long term exposure can give you an increased chance of cancer and lower fertility rate. if you don’t build an enclosure, i would at least recommend washing your hands well after using your machine, especially before eating anything. alpha is the least dangerous for of radiation, and is generally not very concerning, but it can be harmful if consumed off of your skin over long periods of time. kind of like handling lead.

Ian, how did you control the laser? was it on/off or modulating?

@JordanWolfley I agree, never hurts to warn of risks, no matter how small as you never know who it might help.

I have a huge suction fan over my X-Carve that vents to the outside of my shop (I’m often lasering paint from metal) and tend not to even be in the shop while it’s working anyway. I also work in my shop wearing nitrile gloves when lasering as it can be dirty work when cleaning up work piece and tools.

Lasering? Using a laser for lasering. Is that like using a lathe for latheing? Hehheh. Does that laser use a special power source, or is it self-contained? Did you have to do a Z axis calibration, as in, does the laser have a focal length? Thanks and beauty work.

@MikeMcdonald Lasering yes, made up word. But works for me.

The laser has its own driver/power supply with built in safety interlocks. It accepts an external PWM signal if required which works well with the spindle PWM signal from the X-Carve gSheild.