Having a little probes cutting birch ply. I’m using a 1/8 down cut 2 flute cutting bit and it’s not cutting the material cleanly. I get this firing around the edge. 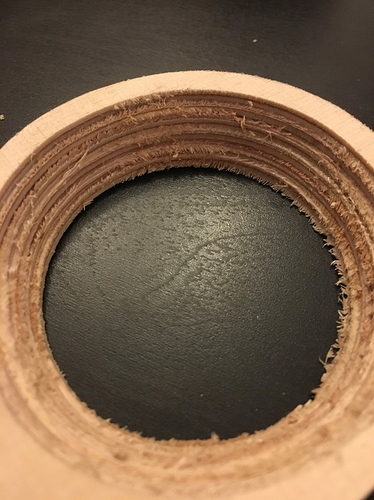 A downcut bit supposedly works better for ply. I have never tested that myself.

In my experience, materials that “fluff” alot like ply and pine, a two flute straight bit beats a 2 flute spiral. Still there is always a little finishing to do after the workpiece leaves the cnc.

What feed/speed are you using? What RPM?

The best choice for routing plywood is a spiral downcut. It shears the fibers rather than chopping them. 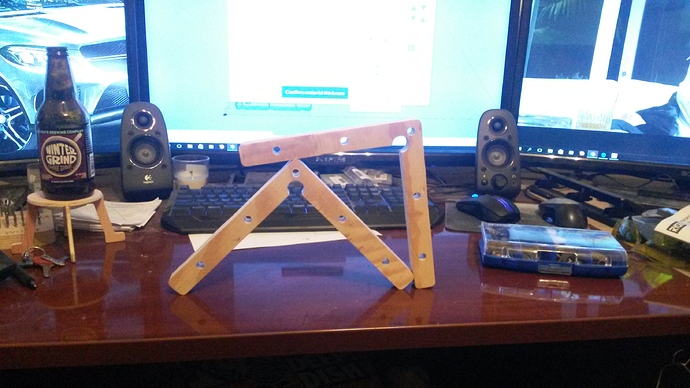 It’s a series of decreasing sized holes stack on top which makes it difficult to sand. I’ve never had this issue with other items however I think the small size makes it harder. The outer edge is fine.

Easel is doing some odd tool paths at the moment, it’s cutting each object before cuting deeper. Really slowing the cut time, frustrating.