I haven’t used one of these, but the picture of the board does not match the instruction diagram.

The instructions indicate that the jumper is only available starting with version 3.02 of the board, but the picture is not of a 3.02 board.

This would lead me to believe that if it is a board prior to 3.02 then you don’t have the option of running Normally Closed.

This appears to be what you need to run the switches as Normally Open for a pre 3.02 board. Repeat for each axis. 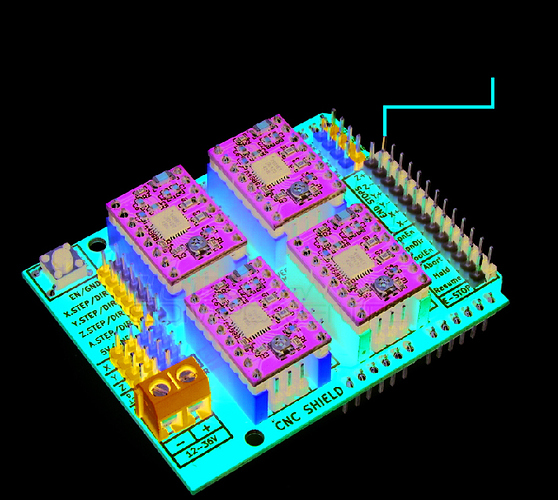 This board is made by Protoneer

For Stepper drivers I tried some cheap chinese which seemed to have a prescaler but no microsteps, movement was correct but noisy. Then I changed to Pololu DRV8825 which improved the smoothness of the movements a lot.

With the heatsink I set them to 2.2A for my WANTAI 2.5A rated NEMA17 motors. That is a lot better than sharing one stepper for two Y motors on the G-Shield and only 20% less than the X-Controller on 2.8A motors. For me that is enough as I do mostly Balsawood.

On the older board I used NO switches with a 47uF capacitor just before the connector. That took away the noise. 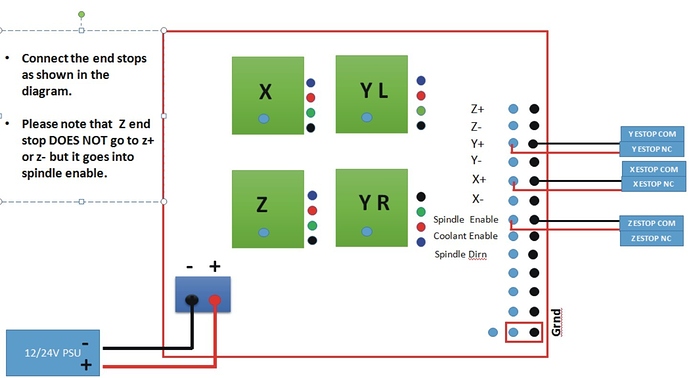 Yes that is correct

The connection is correct if you are running grbl v0.9 on an v0.8 board. See this page for the differences.

That shows the z stop connection to the spindle enable. Is that correct? ?

It depends on the version of the board that you have. 3.0 is set up for grbl version 0.8

By putting the Z homing switch on spindle enable it is the same thing as reversing D11/D12.