I’m trying to cut a name with cursive font with both upper and lower case letters. The first letters doesn’t connect to the rest of the name and I want the dot above the “i” to connect as well. Please help!!

You can try typing 2 separate texts. One for the capital and another for the rest of the work, and then move them together. Or you can line draw how you want the letters to connect, set the depth the same as the text and make sure you choose to fill. By adjusting the nodes you can make it come out pretty clean. I’m sure there are other ways to go about this but this is how I’ve done it. Hope this has helped you.

I tried to seperate the letters but when I move them together with a line, it shows it will cut that line seperate from the letters.

Here is an example of what I have done in the past to connect cursive letters together and also to a rectangle cutout. I set the depths to 0 so it would ignore those shapes when it carves. 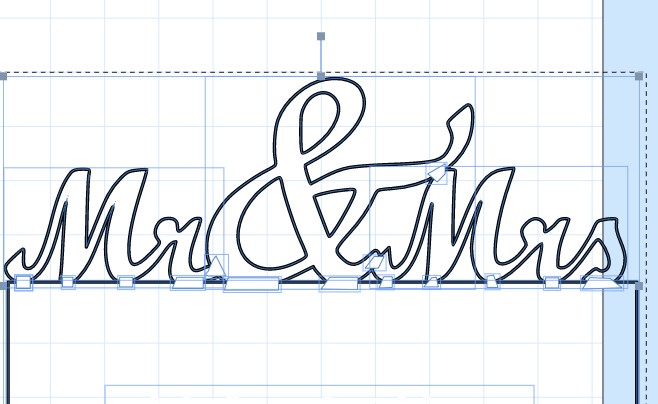 The first letters doesn’t connect to the rest of the name and I want the dot above the “i” to connect as well. Please help!!

I use the following method:

The last stage will allow you to carve the outline as one, not letter by letter.

There is an easy way for the “i”. I set a single “i” by itself, draw a box over the bottom section of the “i” set to zero and combine it. this leaves you with just the dot. Now on your text do the same draw a box over the dot and set it to zero depth. Now combine. This will combine all your letters into one string and you will not have to use the little blocks Rod showed. Then I set the new dot of the eye so it touches the bottom of the “i” and combine it. You can do the same with the capital letter as the “i” and move it over to touch the first lower case letter.

You can also use the drawing tool to add a swish from the capital letter to the lower case letter to make it look like it was handwritten together as well.

This used to be a workaround to trick easel from recognizing it as a pro font when doing monograms. 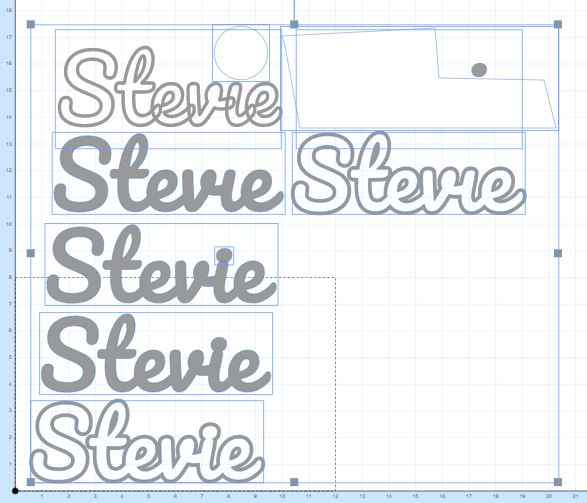 Thank you guys so much!!! It worked perfectly. Little extra work but I love it!

what font is this ? could you share the file?

it is Pacifico its a Pro font