Cut paths not showing in Easel

Has anyone else had issues where the outline and fill options don’t show up for certain parts?

I’m making an inlay with a lot of small parts. To begin, I’m using the inlay generator for all of the pieces to create the fill section and the cutout section. For the cutout section, the inlay generator combines all of the small pieces into one part. I need tabs on each piece, though, so they need to be separated again. After using the xploder app, all of the pieces are converted to fills and the cut paths don’t show in Easel any more. Any workarounds for this issue?

If you are willing to share your file, you can pm me the link and I will take a look.

how did you originally bring this into Easel? Did you trace or import an svg?

I image traced a jpg.

I was able to xplode and change tabs on this same inlay previously. I needed to resize it, though, and ran into this issue.

I see the problem. We need to set up the project a different way. Exploder is breaking your segments.

Can you do me a favor and make another project file and stop after you image trace. Don’t use the inlay app. Send me a link to that project. 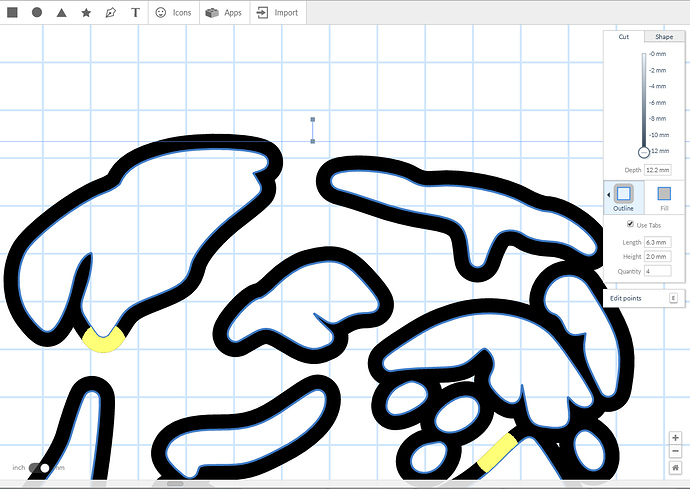 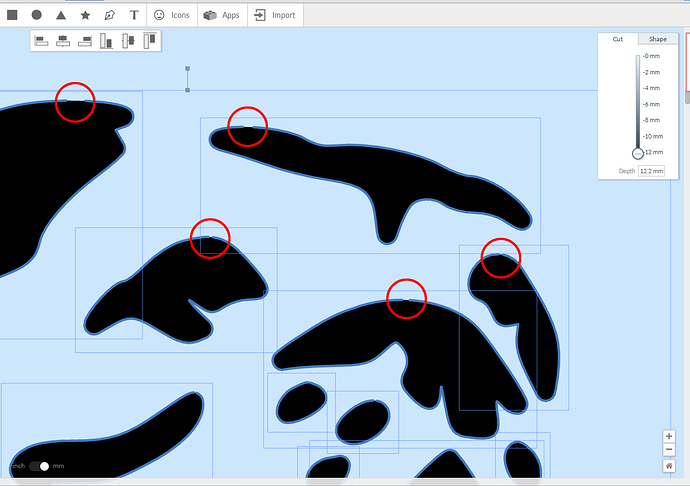 Just so I understand your process, did you edit your curves to make them smoother?

The shapes are sharper and more blocky in the image trace you sent me.

Sorry, it probably does need to be smoothed. I’ll re-do it.

Do your image trace and edit it so you are happy with it. What I will probably do is make a quick screen cast video and show you how I would set it up. That will show you how to handle this in the future.

Do you mind having your project shown in a public video?

I just edited the project to what I think the setting were in my original. I don’t mind you using it in a video. That image is just something I pulled off the internet from somewhere.

See if this helps get your project moving. Send me a message if you still have questions.

Thanks for taking the time to show some workarounds. I’ll try both of them out and see which works best for me.

In the past, I was able to use the inlay tool without issues and could condense the pieces like you mentioned. Unfortunately, I can’t remember if it worked because either the inlay generator didn’t group the pieces or the xploder didn’t break the lines. I would post the project, but I guess I’ve deleted it.

I think it is something exploder is doing. Maybe @paulkaplan can take a look.

@Ruwan actually made the exploder app, and we recently talked about how it doesn’t re-close paths correctly. @Ruwan would this be simple to fix in the app? I know a few other apps have to manually reclose paths also.

I seem to remember the app not always doing this on the first explode operation. For example, if there was a group of shapes, it would separate them and then if you used it on a single shape it would then break the path.

Breaking the path is actually quite useful in some cases but not just to ungroup objects.

It is ungrouping and not breaking paths now. That sure was fast.