We have been using easel for a while to cut out simple shapes to the assemble them by hand. We have a Carvey and usually import SVG files form illustrator. Lately we have had a problem that everything is set up perfectly in easel, including the path simulation, but then some of the shapes are cut in the wrong place (overlapping other shapes or even overlapping the smart clamp!!). 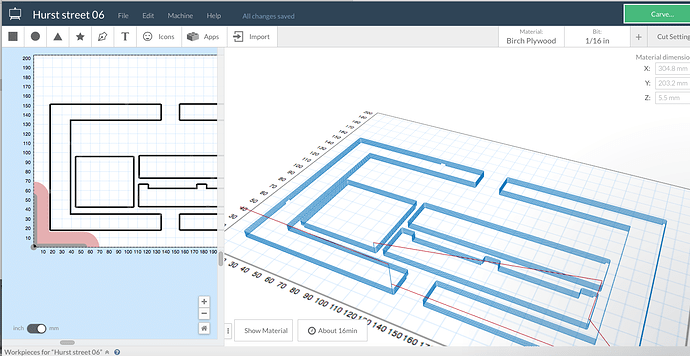 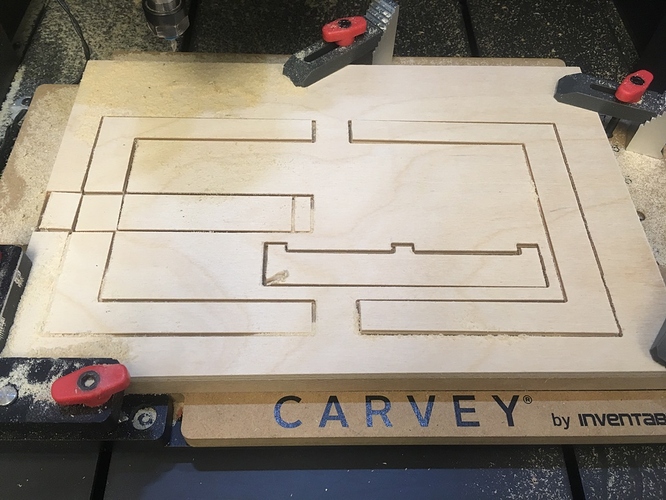 Can anyone tell me why would this happen and what can be done to avoid it?

@SarahEricaLionetti I’m guessing you didn’t see it happen? Has this happened more than once? Looks like the Carvey may have skipped steps on its X-axis. Most likely that would happen if it gets physically impeded. Is that plywwod actually 5.5mm? Did the completed cuts go into the wasteboard? Can you get a pic of your spindle and the cutting bit? Can you share that Easel file and publish the link here?

Hi There,
yes this has happened more than once. However, I have never noticed the motor being impeded. I mean judging by the distance the piece moved when its cut, I first guessed a G Code problem.

The plywood is 6 mm, but we also have a problem with the Z axis alignment. Even if this cut was set at 5.5mm, the pieces were cut with the first three passes and then the Carvey cuts into the board. Very annoying as the pieces are cut without tabs and then they pop out and get damaged. ( as you can see from the picture above).

Here is the easel file: 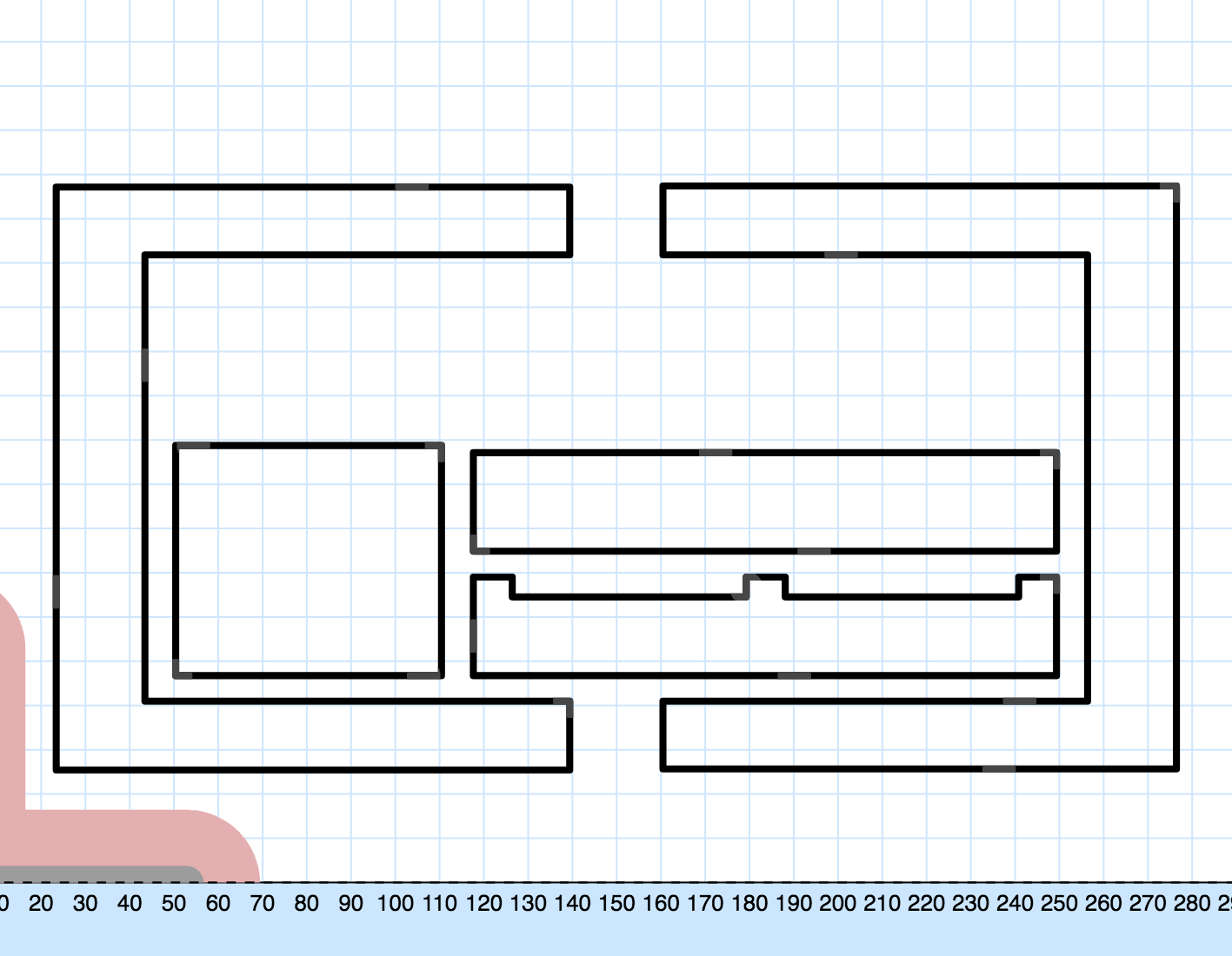 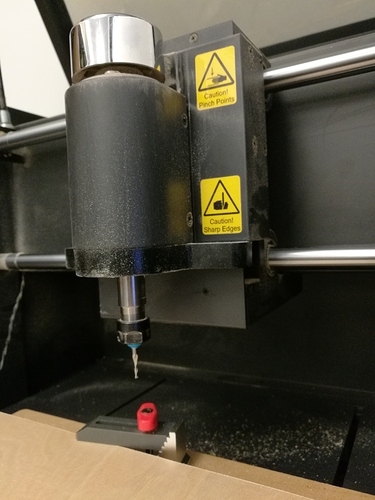 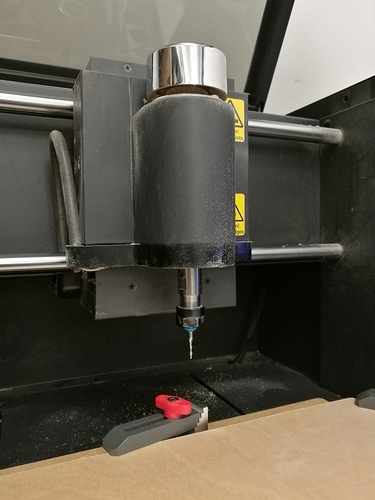 Do you have something that can accurately measure the depth of a cut? If so, try carving a small rectangle, 1mm deep (or 0.5mm deep if you’re using the 1/16" end mill), and measure the depth. I’d guess that the Carvey is starting its first cut too deep. It looks like the piece it cut before the steps were lost has a gouge in the lower left corner which may have been where it got held up, lost its place and didn’t get back on track until it retracted to go to the next cut. The reason I asked about the picture of your spindle is that I have seen it get pulled/pushed up or down if it’s not tight in it’s bracket. If you’re cutting too deep in the first pass, it could be that your material is bowed up, being pulled up, or it’s a “smart” clamp issue.

I understand all of that and we are going to run some tests; however and issue with the material being bowed, does not seem to explain why the piece is cut 10cm to the left of where it should be.

If the endmill got caught and prevented X-axis motion, that could happen. The Y-axis looks to be ok, though. I would just rule out the motion getting impeded because you cut too deep or a part came loose and lifted up. If that is not the problem, I’d be concerned about a hardware issue (wiring?) that causes the skipped steps. Can you jog the x-axis back and forth to see if you notice an issue?
Gcode looks fine. Really fast for the Carvey, though. I’d slow down to 500mm/min.