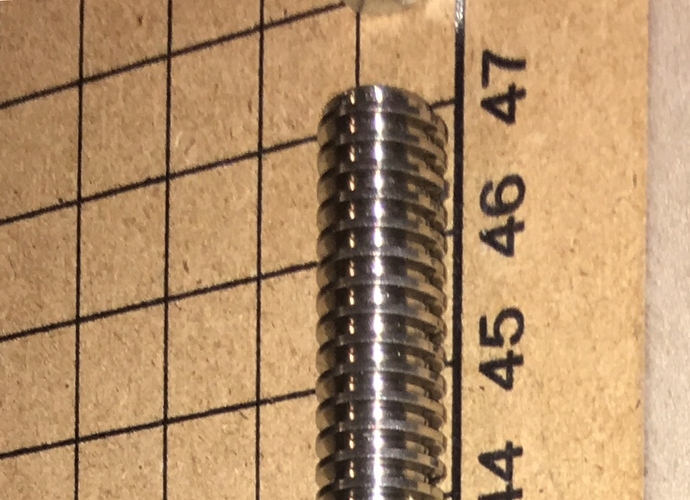 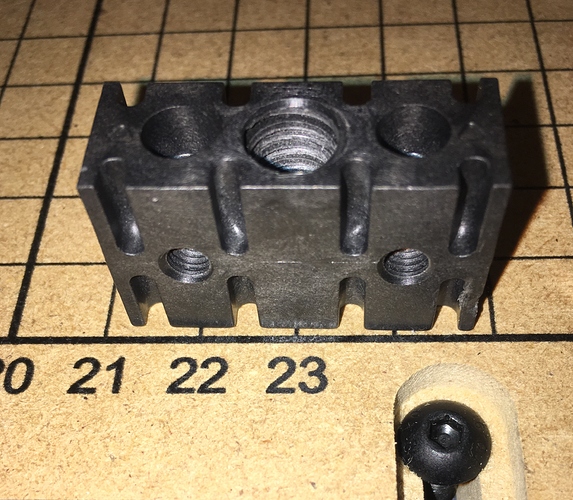 Uploaded pics of my acme screw and delrin nut. This is a new loaded 1000mm xcarve kit.

Is the delrin nut supposed to be super tight? The rod is rethreading the nut. Super difficult to screw it on. I can push through and do it I am sure, but doesn’t seem right.

lube and run it up and down with a drill a few times to break it in?

For anyone having the same issue: I forced it through and it was still so difficult. So I wrapped a rag around a hex tool and ‘screwed’ that in. That pushed all the plastic bits out. The plastic bits were in there because when I forced the acme rod it rethreaded it I assume.

Now it glides in and out a tad stiffly, but nothing a little lube won’t resolve I assume.

Thanks for the help

GrabCAD shows no changes. Preview of the next Xcarve upgrade?!?

I’ll look at mine when I get home

Just last week I received a replacement Delrin nut and it looked that the posted pic. It’s still in the box awaiting insertion.

In the setup of my 1000mm machine:
I have not installed the Stepper Motor on yet. I have noticed my Delrin nut is tight also like it was widening threads similar to this picture. Without the Router weigh i’m struggling to be able to spin the rod with my fingers on the pulley.

With the rod lubed up with the provided lubricate and wrench on the top nut it got a little easier. Is this normal?? What is to tight??

Currently, I’m afraid of the teeth of the belt being ripped up when attempting to turn on the stepper motor the first time.

@DavidMassey What was Inventables comments on this situation?

Hi,
the Derlin nut on my Xcarve was too tight causing motor to stall. have much reading. i elected to disassemble the z axis to run in the Derlin nut and thread using a cordless drill on low speed… i was add some lithum grease. after running the thread up and down twenty odd times it did bed in quite nicely. easy to move with fingers.

i also notice on putting everything back together that you can over tighten the nut to the backing. this as the effect of compressing the nut against the thread, i backed the two screws off about a 1/2 turn. the derlin now ran nicely.
the z axis now runs without stalling and straining.