I am having an issue with my X-Carve in which my depth of cut is about 1.8x the depth that I want it to be in Easel. For example, if I want to cut to a 0.25" depth in steps of 0.020" (depth per pass), the machine will cut to about a depth of 0.45" in steps of .036" per pass. This is not a huge issue, as I can compensate with a simple multipier; however, it will become an issue if I will be doing anything more complex.

Any ideas? Thanks in advance.

During setup for Easel did you select the correct Z-axis screw? ACME or Lead?

Make sure you only have chrome open and…
Try here: http://app.easel.com/setup

I have exactlythe same problem as Andy had, cutting 1.8 times deeper than expected.
I have the ACME screw, and have that selected.
Any ideas please

I am having similiar issues as others on depth of cut. Its just not consistent. I thought it was maybe flexing based on bad tie down but made sure to secure these two pieces. I cut two pieces of scrap wood with a 1 inch line at depths in increments of .044. I had set it to .05 between cuts but easel adjusted it to .044" when I changed the depth of wood from .5" to .44". Below is the data in a table and pictures of the two cuts. sorry for the ugliness of the cuts but I just use a cordless saw real quick because I need to measure the depths(should have used the xcarve). What could cause this inconsistency between cuts? Thanks 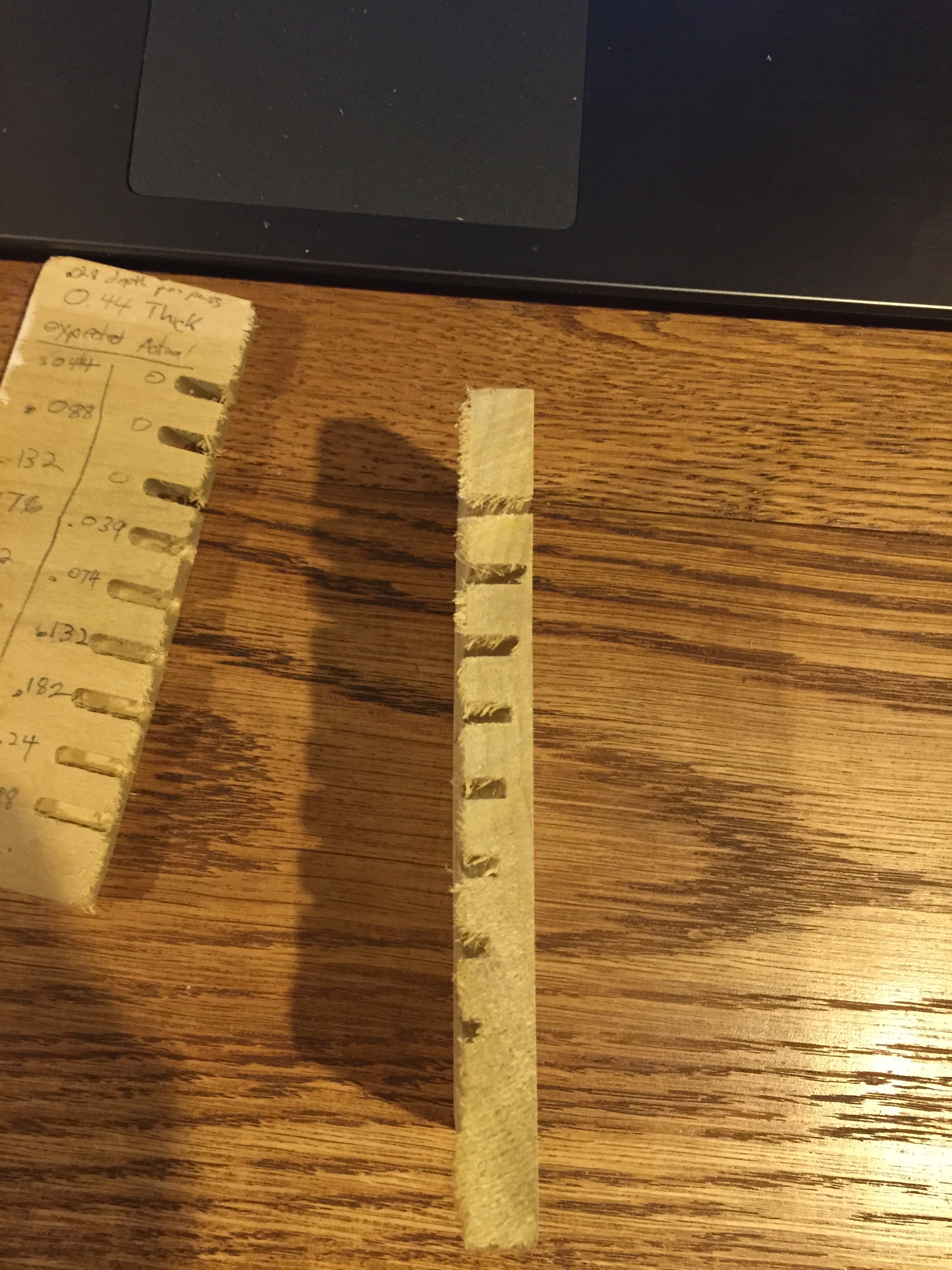 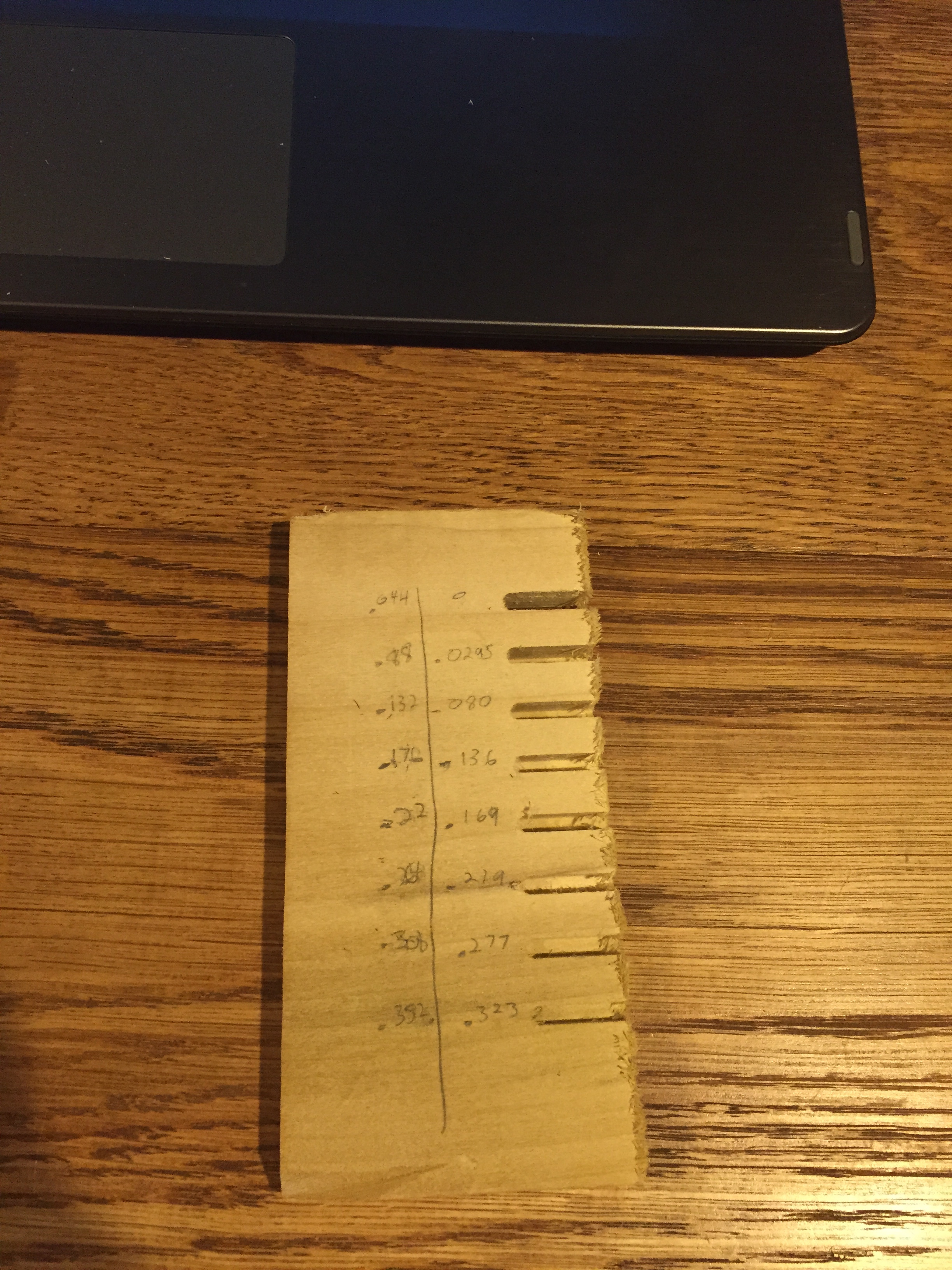 Here is the project file. http://easel.inventables.com/projects/qjNrfsHJyd5OrFo7o416ag# I just cut it in half so I could measure depth will calipers.

Any luck on this? I’m doing first cuts tonight and I have to keep turning off the machine…I set it to 1/8" but it was easily at 1/2" with no signs of stopping in a 5/8" board. Double checked everything I read about on forums…it’s like easel just can’t set a depth setting. 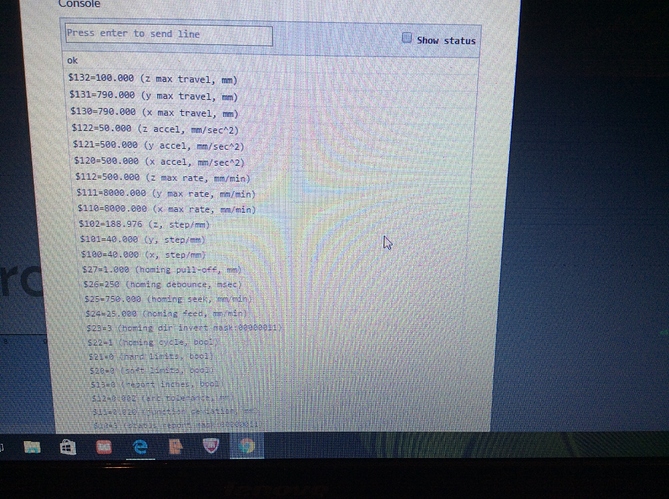 This unfortunately is “normal”… as far as mine went too… Easel likes to set the $102 too high… (I manually calibrated mine but Easel decided it liked it’s own settings when I went back through the calibration)… I don’t use Easel after it dive bombed my bit clear through material and bottomed Z.

There is an Awesome set of instructional videos on here, one is calibration of all of the axis… I don’t have the link handy, as I’m on my phone.

Phil Johnson, you linked me to it the other day.

Thanks for the input! I’m working with it…it’s about 0.10" deeper than I ask, so I’m just adjusting accordingly.

What do you use instead of easel? Any recommendations?

I personally use Aspire and Universal Gcode sender… but there are cheaper options than Aspire.

Hi, I am having a similar issue tho every cuts i set, ends up half depth. Say i put a 5/8 mdf, zero the bit on the material and set my cutting depth to 5/8 will result in a 5/16" depth of cut. Its getting a little frustrating…
Any tips?

Say i put a 5/8 mdf, zero the bit on the material and set my cutting depth to 5/8 will result in a 5/16" depth of cut. Its getting a little frustrating…Any tips?

When you zero your bit on the material, what is Work Position under Machine Inspector showing for X/Y/Z position?
Also, if you jog in say 1/4" increments, is the actual movement also 1/4"?

What do you use to carve then?