Does anyone know how to make this design? I’ve got a friend who wants me to make it for them and I’m a little stumped. Just as an FYI all I’ve really got access to is Easel and Inkscape. Thanks for any help!! 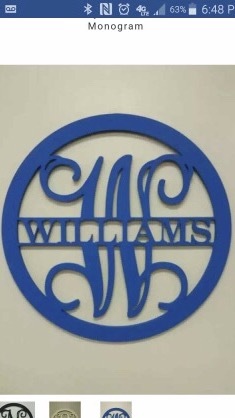 Place the image on a locked background layer in Inkscape.

If you want to use Easel, font selection will be limited. I put this together in a few minutes. 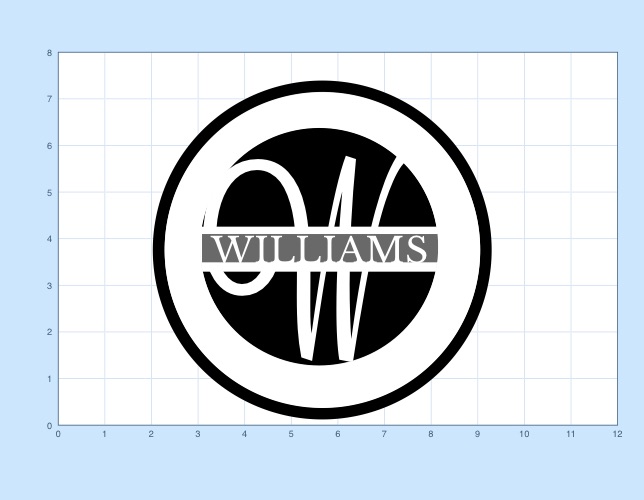 I probably used one too many shapes but it was my first time doing this. It is possible with Easel.

As WillAdams said, this is pretty straight-forward.

Thanks for the replies guys! Good stuff!

If you can’t get this worked out, let me know. I’ll throw it together in Vectric for you.

Will do. Quick question, is this something that Vectric can easily do? I’ve been on the fence about grabbing up the desktop version.

I’ve been cranking these out like crazy using desktop. 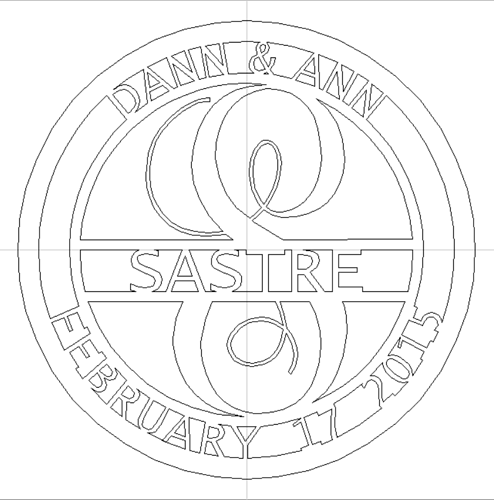 That’s awesome, how hard was it to make?

It’s pretty quick now, a little confusing at first. Now as I do them I keep one of each letter and erase and replace as necessary.

If you plan on making more than one you can buy the svg for the whole alphabet on Etsy. Just search something like split monogram svg. They are only like $2.99 for all of them and then you can just use easel to add whatever border you like around the letter. Then just add text across the middle. This is how I’ve been doing them it’s very fast and easy.