Just thought I’d toss this one up here as an example of the stuff I use my X-Carve for on a pretty much daily basis. This is a stand for the anniversary collection of inks by Diamine. They are (as you can see) designed such that all eight of them fit together to make a full circle. The material for the bases is walnut, and the stands are hickory, with the bases being X-carved and the stands being made manually in the shop. The chamfers around the bases were put on with my router table, after machining.

This was designed and programmed in Fusion 360, posted with the generic GRBL post-processor, and run via ChiliPeppr on my X-Controller upgraded X-Carve.

The pockets were cut with a 1/8" two-flute straight bit in two operations, the first was an adaptive clearing path at 60ipm leaving .020 on all sides and the floor, the second was a 40ipm conventional pocketing pass to finish and clean up everything. The finish passes on the walls were two at .010, with the last pass repeated for the best finish possible. The last step with the 1/8" bit was to punch the 1/4" deep guide holes in the center. Router speed was maximum for these operations.

The profile was cut with a 1/4" two-flute up-spiral cutter, with a 12-degree helix angle. Three passes at 1/4" deep and 21ipm, using triangular tabs, and a router speed of about 3.5. Two finishing passes of .010 each, with the last pass again repeated for surface finish. 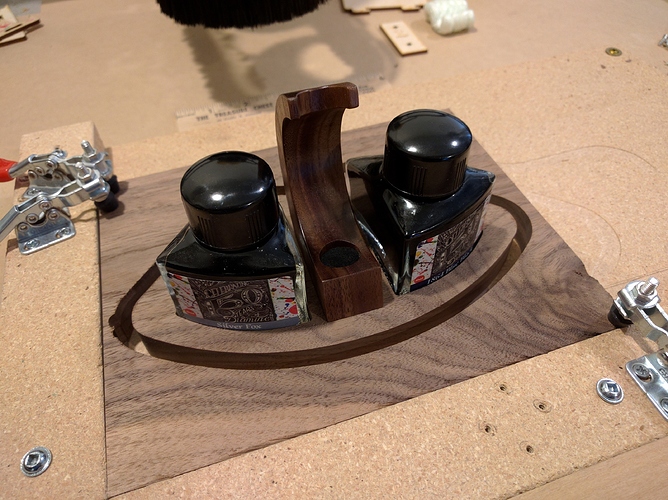 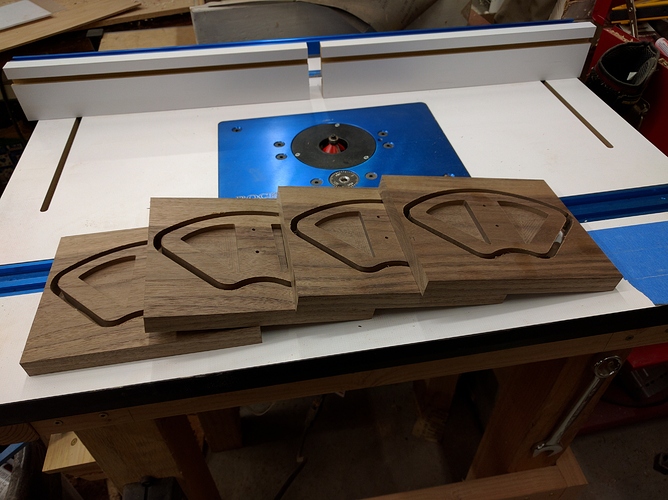 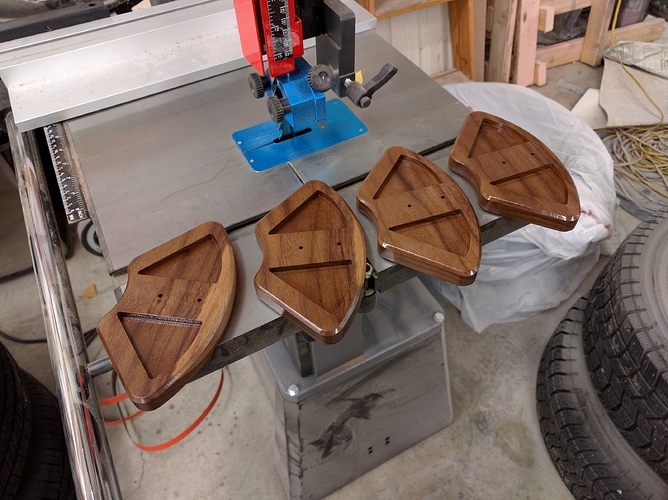 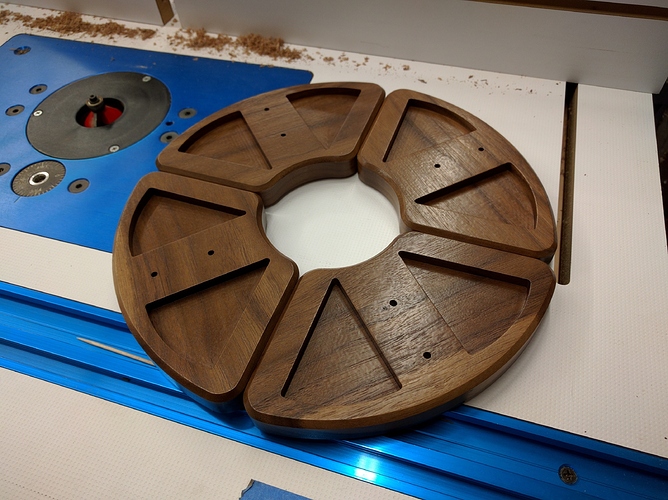 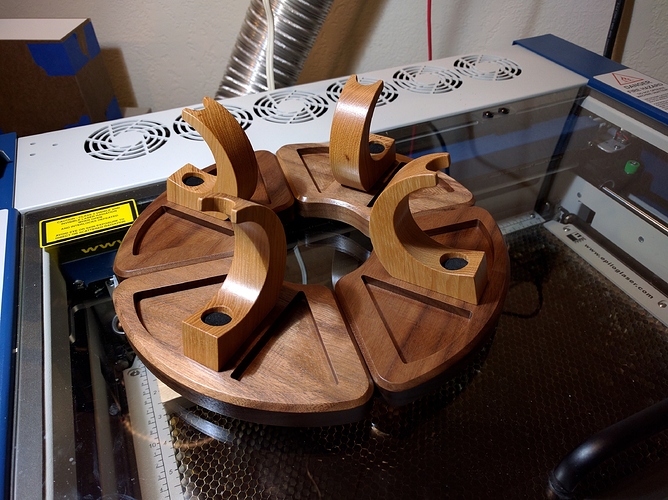 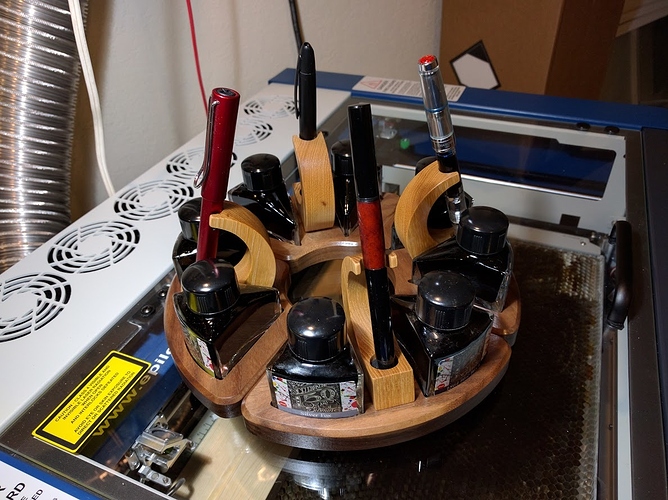 Have considered using a tray & bowl router bit for the pocket?

I have, but I need the sharp corner on the bottom to match the bottom of the bottle.

Thanks, man! I make a lot of stuff like this, I just thought this one was particularly visually interesting.