I’ve got some large-format line drawings of boat plans. I thought it would be an interesting experiment/discussion to lay the sheets out and manually jog a probe chucked up in the collet to register numerous data points on the drawing. Then I would take those data points into a graphics/CAD program and using tools like Bezier curves, splines, etc. and try to connect the dots with smooth (fair) lines. An interesting twist would be to then chuck up a Sharpie and draw the lines you’ve just generated and lay them on top of the original drawings to compare.

The underlying reason for this is two-fold. First, I want to be able to cut out boat parts with something like @PhilJohnson’s tiling technique (since most boat parts are less than 1000mm wide in one dimension. I’m gradually adding to my library of boat plans that either I want to build for myself or build as commissions for others. The ability to cut out puzzle joints is also a compelling argument because most boats are longer than a 96" sheet of plywood. The ability to add inlays is also very sweet. 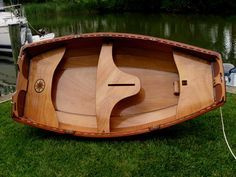 The second reason is that I’d like to be able to do some fancy either real or faux teak decking, either on sheet goods or solid wood stock. This would be an unbelievably nice touch to my custom made boats that would really increase the “WOW factor” and set me above from the competition, especially if it was considerably less labor-intensive than creating this level of craftsmanship by hand.

Back in the day when I was working for a special effects company, we built a CNC machine and ran Mach3. This allowed us to locate/record the 2D data points. Does anyone have any suggestions on what kind of workflow/software could be used to efficiently accomplish digitizing a 2D drawing? This could then lead easily into digitizing a 3D object with a ball-point probe. Discuss… 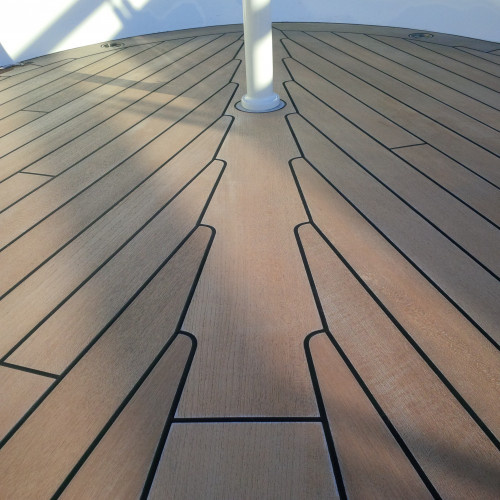 If the parts are small enough to be traced out, then you could use a graphics tablet with a digitizing puck.

For this scale, the best thing to do is to take a square photograph (or distort the photo to square using a tool such as Photoshop) and include a ruler or two in the photo and import the photograph into a drawing program or CAD tool and then re-draw it.

One could add a probe to your machine and use it to scan parts which fit on its bed: https://www.shapeoko.com/wiki/index.php/Upgrade_Overview#Touch_.2F_digitizer_Probe — I believe that one could adapt that using geometry and some sort of pantograph mechanism to do larger parts (albeit w/ a loss of precision)

I’ve had some great success with simply using my iPhone to take a photo of an object then bring it into Photoshop and crop/straighten and filter out all the unwanted elements till I got it down to a black & white image. Saved that as a high-res JPG and then brought it into Easel.

If you could lay all your sheets down flat and position a camera perpendicular to minimize distortion, it might work similarly.

Last year I did what you describe to “digitize” a glider dash panel so I could cut a new version with different instrument placements.

I used UGS to digitize a variety of points by jogging the machine and recording the machine position. I then entered the coordinates into LibreCAD to make a curve fit.

It worked but it was very slow.

I performed a similar project with great success, although I have to say it is not a quick process. I used a photograph and redrew entirely using illustrator.