I love the project section of the Inventables site. It’s great! However, I’m a little disappointed that quite a few of the projects have no project files or instructions, or the projects aren’t for the x-carve, but 3D printing instead.

That’s always bugs me to Andrew, thanks for pointing. People using all other software to create the project, using only Easel to cut the piece out and project name becomes Easel project. Especially I’we seen one post he says my first and real project, I see many carving is 2.5 D done with either V Carve pro or Aspire. Didn’t buy it.

Alan, that was my thread and while all the drawing was done in another program all the files were exported in .svg and cut with Easel. The 2.5d effect was all multiple cut depths saved to different copies. 100% truthful on that. I wish I had other software…especially Aspire. Looks awesome but no budget for it.

Pictures were not clear enough to see multiple cuts. I think I owe you a apology.

I plan to do a write up at some point, but I have been so busy using the machine. I’m not a particularly good writer, either.

A water wheel for a model. Easel didn’t like the file for the wood grain engraving; it was something like 600 objects. Lots of crashes. 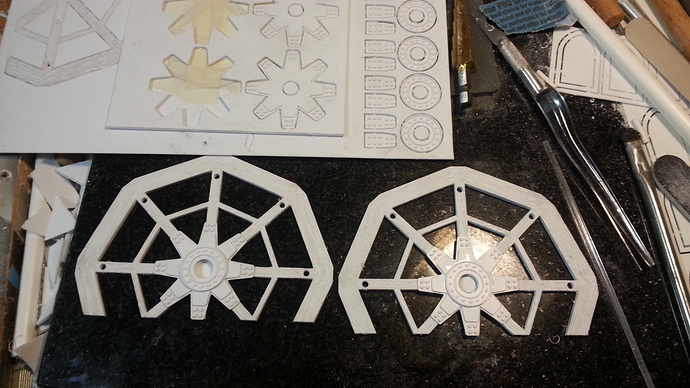