Since getting my X Carve up and running I have been having difficulty locating the X - Y home, mainly because I am visually impaired because of my diabetes. So I decided to get my “MacGyver” on and made an X-Y probe based on the Z probe. I modified a dollar store LED flashlight, a battery clamp, and a couple of old audio cables and created the probe. It is a little rough but it does work and may mean a more refined version in the future. 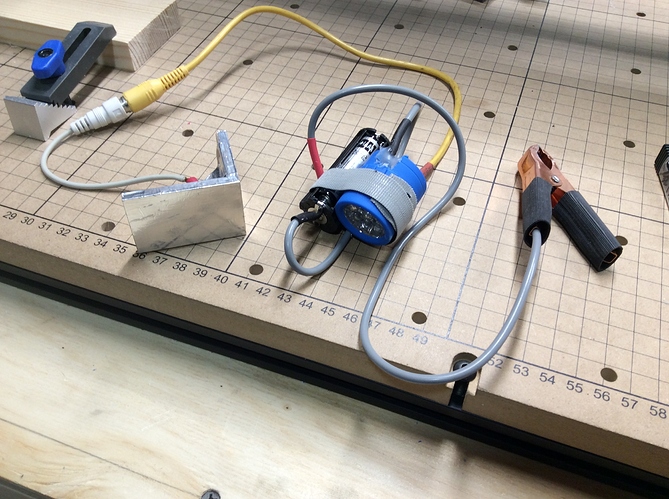 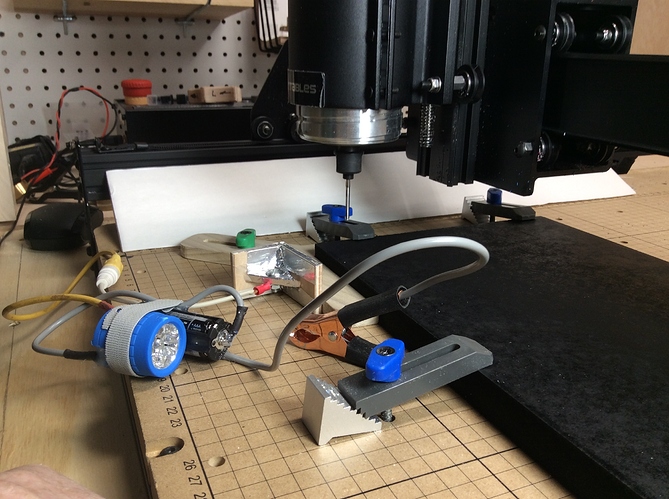 FYI: Your clamp bases/feet/risers are on their side.

Tried to include a video of the procedure but the forum did not like the video format. The L shape base would be held against the edge of the material. The bit would then be jogged over till it touches the L bracket there by completing the circuit making the light come on.

You may want to check out Charley’s system.
Its a great product.

Triquetra CNC It;s All About Zero's