I created a test pattern in V-Carve Pro ver. 8 and saved the tool paths with both the Easel and X-Carve (inch) post processors. I used Easel with the tool path exported for Easel, and Universal G-Code Sender for the one with the X-Carve (inch). I did not change anything between exports from V-Carve. In both cases, I am getting double horizontal lines. The vertical seems to be working properly. The tool paths cut around each box, and what I was able to notice is that when cutting to the left at a certain Y coordinate the tool is actually closer to the front of the work piece than when cutting to the right. Also UGS cut deeper than Easel did. My tool for both cuts was a 60 degree V-Carve bit from Inventables. I have the Dewalt 611 router with the precision collet. If anyone has any ideas as to what is causing this I would appreciate it? I should also note that I have created multiple designs in Fusion and Easel and have not experienced this issue, but I have not attempted to have it trace the same path in opposite directions before with those designs. 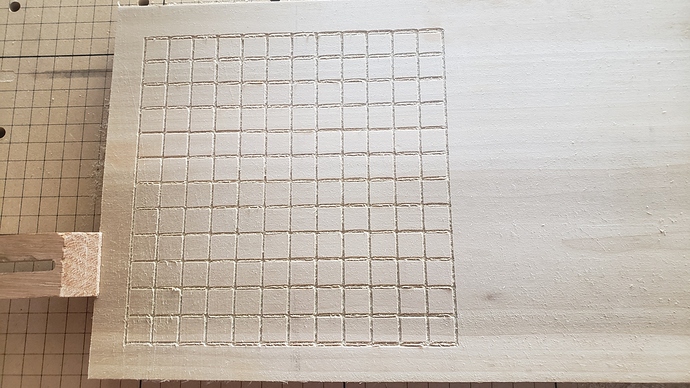 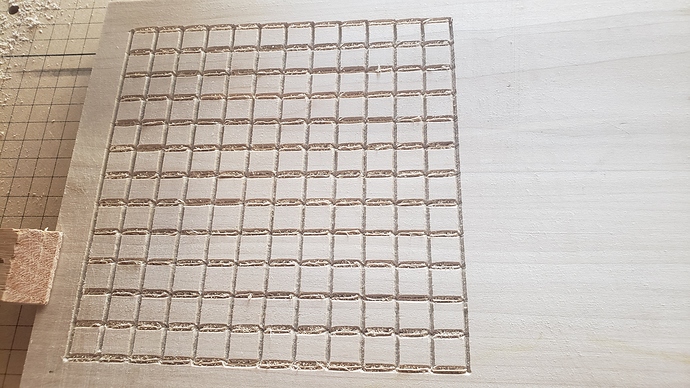 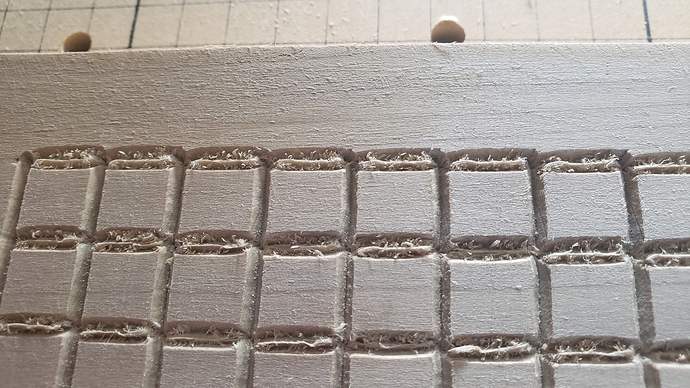 These are my toolpath settings:

and this is my toolpath preview: 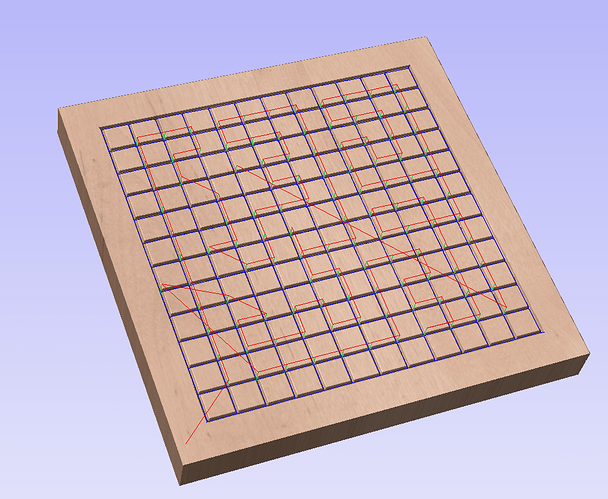 I have created a similar pattern in Fusion 360 and had similar results. It appears there is definitely an issue with the repeatability of the Y-axis. 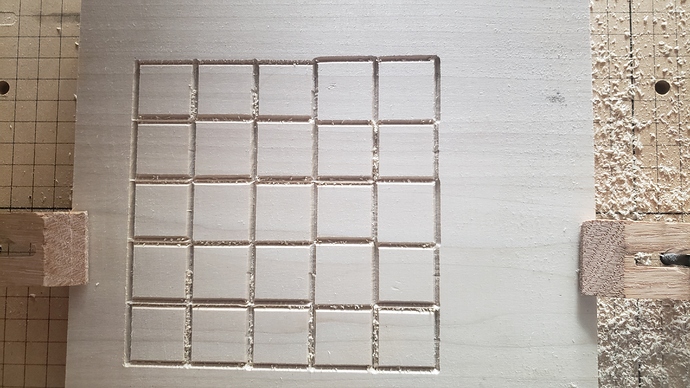 The squares in the picture from Fusion 360 were not all carved in the same direction. The ones that were carved clockwise all line up with each other, and the ones that were carved ccw line up with each other, but the cw ones do not line up with the ccw ones. This seems to indicate that when moving one direction to get to a specific Y axis coordinate the machine is moving a different amount than when moving the other direction to get to that same Y axis coordinate. Does this seem correct, and if so, what would cause that? Belt tension issues?

I tightened up the belts and again ran the gcode from fusion. It seems the issue improved slightly but it still present. 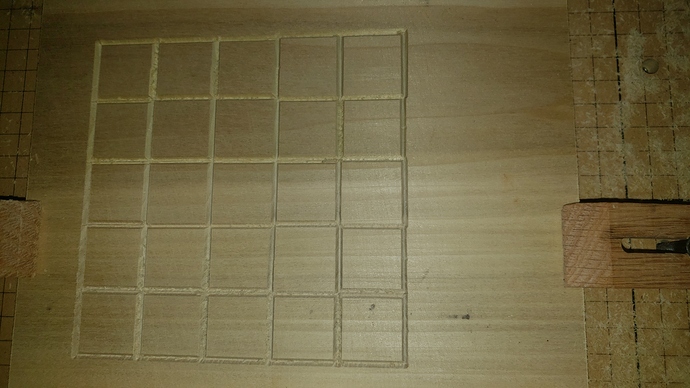 In Fusion I created a box and used the rectangular pattern tool to make the boxes. Then created a profile toolpath to trace the boxes.

In V-Carve I created a grid of lines and used the offset tool to create the boxes then created a V-Carve tool path to go between the offset vectors. I feel like since I made them programmatically, they should have been positioned exact.

Also I should state that my reason for making these boxes instead of lines is because I noticed in another project that I was having this issue when it would trace back across a path that it had already done. I wanted to ensure that would happen again here.

Since my last post, I have checked all bolts and set screws on the machine for tightness. I have calibrated the steps/mm (off by 0.5 mm over 120 mm) and I have recreated the issue using only Easel to design and send the code to the machine. I have checked the runout on the router with a dial indicator and it is showing about 0.001". I have also attempted to check the play of the carriage in the X and Y direction. I was unable to get movement out of it while providing what I would consider a reasonable amount of force. The lines on the pictures above are off by about 1/16", and so far I have been unable to find anything that would result in that significant of a error.

Are you using a dust shoe? Are clamps impeding or adding resistance?

A test:
Set zero and make a small indent with a v-bit.
Raise the Z a little.
Jog to Y 200 then back to zero.
Lose any position?

I do not have a dust shoe. The clamps are completely out of the way and they are holding the work piece down firmly so it does not move. I performed the test you recommended and it did come directly back to the original point.