Newbie question here. Playing around with the Donek D4. When creating my toolpaths (VCarve Pro), the blade is missing the areas right around the corners( see picture). Not sure what Im missing, but anyone have any suggestion on how to correct it? 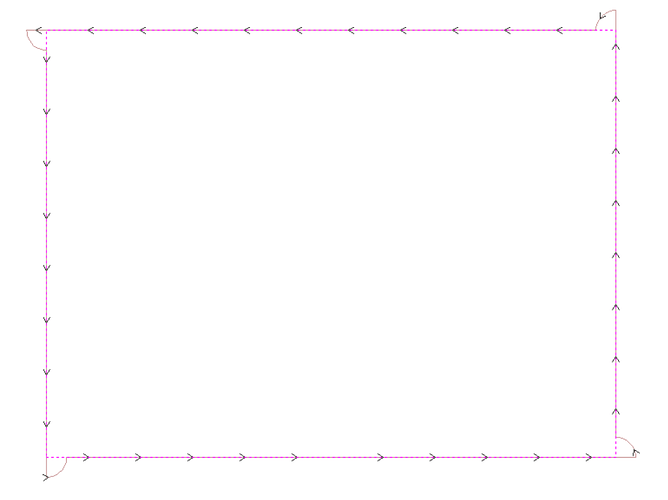 That looks like a cutting diameter setting is wrong or that’s exactly what you want.

Did you watch their tutorial? https://youtu.be/fOf_tCefl6Q

From what I saw, it appears like you’ll miss the cut but that’s actually swiveling the knife itself so the cutting edge should stay fixed on the corner and it’ll pivot.

Have you actually run the toolpath itself?

Thanks Justin,
I have watched it several times now.

. I think the issue I’m having is with zero’ing. If I set my zero to the waste board in easel (a requirement of the drag knife gadget I read), once imported to easel (still working on ugs) do I zero also to the wastebaors or to the top of my piece?

Wherever you have it set in Vcarve, is where you should set it, just ignore what Easel tells you since Easel is just doing Gcode sending.