Hi all. Day 2 of the build went really well. All told, probably ~4 hours of time, and I’m to the point of drive rod and setting up the motor for the Z axis.

The threaded rod step was a little vague on text, just some pictures. I went with the pictures installing the drive rod with the pulley flush to the bearing, gears in the upward direction, with the nut on top.

Now, I just went and looked at the M8 rod, and it has the nut under the pulley, and the pulley upside down.

Step 9 shows everything with the M8 way…with no indication that the Acme setup is in any way different.

Before I tighten my Z motor down with the belt, I want to be 100% I did it the right way.

For those of you with 1000 machines and the Acme rod…is it nut on top, pulley with gears up? Or just a fluke in the pictures?

Crap. Looks like this goes in the Assembly subforum and not really “troubleshooting” - mods please move at your discretion. Thanks!

I’m not sure I understand what you are describing.

Yeah, I just did that step too, and noticed the upside-down pulley in the photo. Here’s what I did. Is this right? 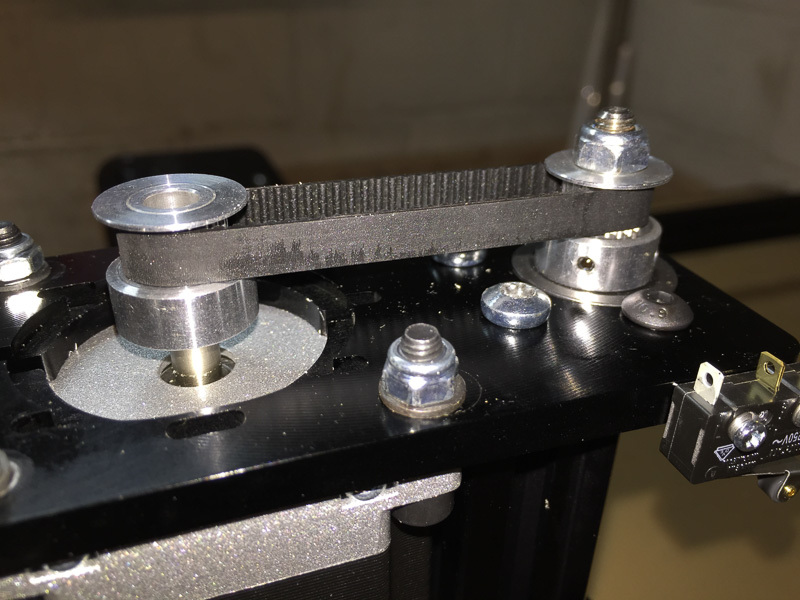 If you note this picture from instructions, it looks like John and my machines…though @JohnBaum it looks like your plate is upside down. Check out Step 8, all the pictures show the bolts for the bearing pointing UP through. 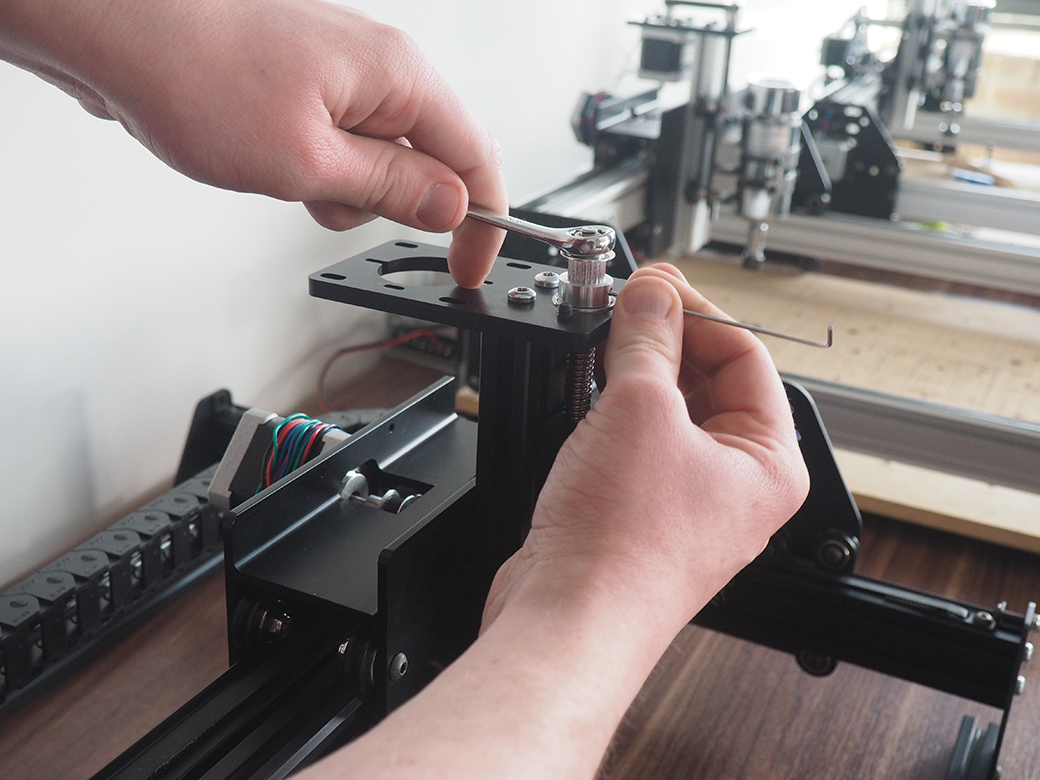 However step 9 discusses leveling your motor pulley with the drive rod pulley…and it shows a nut-on-bottom/upside down drive pulley: 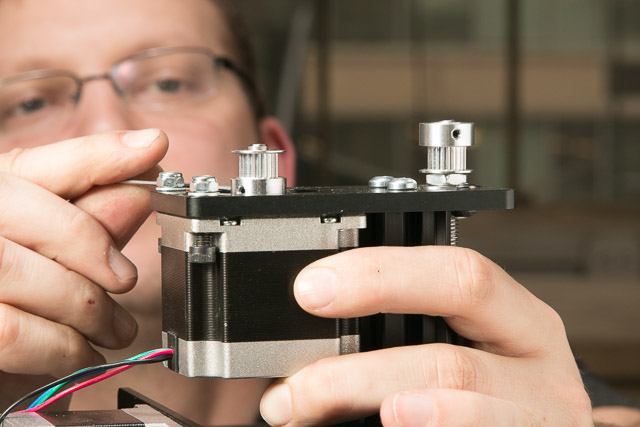 Step 8 shows different pictures for drive pulley and nut for M8 vs Acme. I just want to be 100% sure that the Acme pictures are right, because Step 9 all uses the M8 style pictures for inserting the motor and drive belt.

Crap, you’re right, it is upside-down.

You also want the two pulleys aligned so that the belt is parallel to the plate.

Yeah, they are, it might just be the angle I took the photo at.

Mine is set up like John’s first picture as well. I hope that’s right. I had a hell of a time tightening that nut for some reason. I really don’t want to do it again.

Yeah, that’s one of the things that got me to that question. I had a tough time finding anything to hold the Acme rod tight enough to get that nut as tight as it is, which isn’t perfect yet.

I used a paper towel and some pliers, but that’s obviously not enough at this point…I’m also scared of ruining the threads on the rod.

Any opinions on that matter would be helpful as well. I have probably about 1/16" to go to get the nut on as tight as I think it should be.

I struggled with figuring out which way my pulleys should go, and flip-flopped several times. I think the only important thing is that they’re even with each other, so that the belt is parallel to the plate.

The picture shows how to tighten that top nut but doesn’t explain it. Just stick the allen wrench in one of the allen screws holding the pulley on, works perfect.

That wrench is the smallest in the set…pretty nearly bent mine trying that trick. Didn’t quite work for me.

Though, there are no text descriptions in the Acme one…maybe I should go read the M8 instructions again to see how similar it all is.

Is the M8 rod tapered down to accept that nut like the Acme? That’s the only reason why I have to assume the nut HAS to go on top, as I don’t see any way it could get down under the pulley on the Acme.

I’m assuming I’m tightening it down enough that it pulls the drive rod’s “thicker” end up tight to the bearing (on the bottom side of the plate)? Right now, if I push up on the rod there’s still just a little play in pushing up the pulley.

I used the Allen wrench at the beginning as well but it was bending so much I was afraid I was going to snap it. Mine isn’t all the way tight either with a very small amount of play if I push up on it.

I also found these steps hard to follow in the instructions for many of the same reasons.

I used the Allen wrench at the beginning as well but it was bending so much I was afraid I was going to snap it. Mine isn’t all the way tight either with a very small amount of play if I push up on it.

Yes, same here. I bent the allen wrench pretty badly trying to get that nut on and it still has play in it. There has to be a better way to tighten it down.

In a test cut last night, my Z stopped going up and down. After looking, the issue ended up being that one of my little pulley nuts actually fell out. I got lucky and found the little bugger. I’m hoping it was a freak thing…

Funny thing, this happened to me as well. I reinstalled it and its been fine ever since.

I’m pretty sure then it looks like nut on top of pulley is right for the Acme rod. I just don’t see any physical way it could be otherwise. It looks like from the M8 installations there’s 2 nuts, one on each side of the bearing.

Maybe @Zach_Kaplan or one of the other @Inventables team can advise on the tightness of the top screw on the Acme installation.

This one scrambled my eggs too.,
I just slid the ACME rod into place from below. dropped the pully on with the cogs on the topside and set screws on the bottom. Installed the lock nut on the rod an snugged it down with the allen wrench to the pulley. It doesn’t need to be superhuman tight to keep it there, that’s what the nylon insert in the nut is for.

If there is vertical play in the rod, loosen the pulley, push the rod up to the bearing and retighten the pulley, then run the lock nut down to the top of the pully again.
Also, a bit of blue threadlock on the set screws can be your friend. It works on more than just eccentric nuts.