Forgive me a moment of pointedness.

I’ve read a TON of information on the forum about the 611. That’s why I bought one and, in one quick cut today, I love the router!!!

The one question I have is whether it’s better to use dedicated collets or are the 1/4" to 1/8" reducers acceptable. The reason I ask is that I bought a reducer when I ordered my 611 and on the first pass today the bit came loose. When I re-tightened the collet, I got two perfect cuts. So, what say the experienced folks?

I chose to buy separate collets (the expensive Precise Bits ones) because I’ve read that the collet reducers aren’t as accurate as individual collets. Do what you can with what you can afford, but it’s good mechanical practice to keep the number of parts at a minimum, especially at the speeds and energies expended by the 611.

Other one is from Amana Tools;

First one failed in maybe two weeks, started to drop the bit.
Other Amana tool one never failed, but Looks like I lost my trust after first experience.

I decided to buy 1/8" collet. It was great. I made a mistake once, while I’m tiding the collet, bit was drop too much I didn’t realized and I gave damage to Collet. It was one time mistake deal. Now when I need to change bit, I need extra-extra force to release it.

Nothing like original. I have already return back to Amana Tool reducer. Means you have two alternatives, both have problems. Like, both ends shitty stick, you have to make a decision which end you want to hold.

I’ve used a reducer for 1/32 and 1/16 bits from day one with no problems. I did check it with a dial indicator first thing and found it acceptable.

those are great. Definitely on the list for upgrades.

I got my .125in. collet from Elaire not as fancy as some others but it works flawlessly. $27.00 after shipping. precision has not been an issue and I cut 3d images into coins with micro v bits. I can not justify paying a higher price unless i was doing precision milling on metal parts that require tight tolerances. But in the end it is whatever you favor as long as it gets the results you are looking for.
http://www.elairecorp.com/routercollets.html

@ShaneBell: Thanks, Shane. I just placed my order with Elaire.

I think part of the lower cost is it looks like they use the dewalt retaining nut. Shipping was 2 days came in usps small flat rate box.

Good move Bill. I’ve used one from Elaire from day one. No problems at all. Great product.

Just ordered the one from Elaire, thanks guys!

Anyone know of a Canadian supplier of a 1/8 collet?

I wouldn’t hesitate to order from Elaire but it bothers me that the collet is $19.95 and shipping is $21.95

I just ordered one from Elaire.

My order didn’t include the sunglasses, they must have started sending those when they ran out of the miniature gold bars with “thanks for ordering” engraved on the sides…

Hi Tim -
Did you ever find a Canadian supplier by chance?

I ended up just using these from inventables. I don’t use 1/8" inch bits very often but this collet adapter has worked great for me. 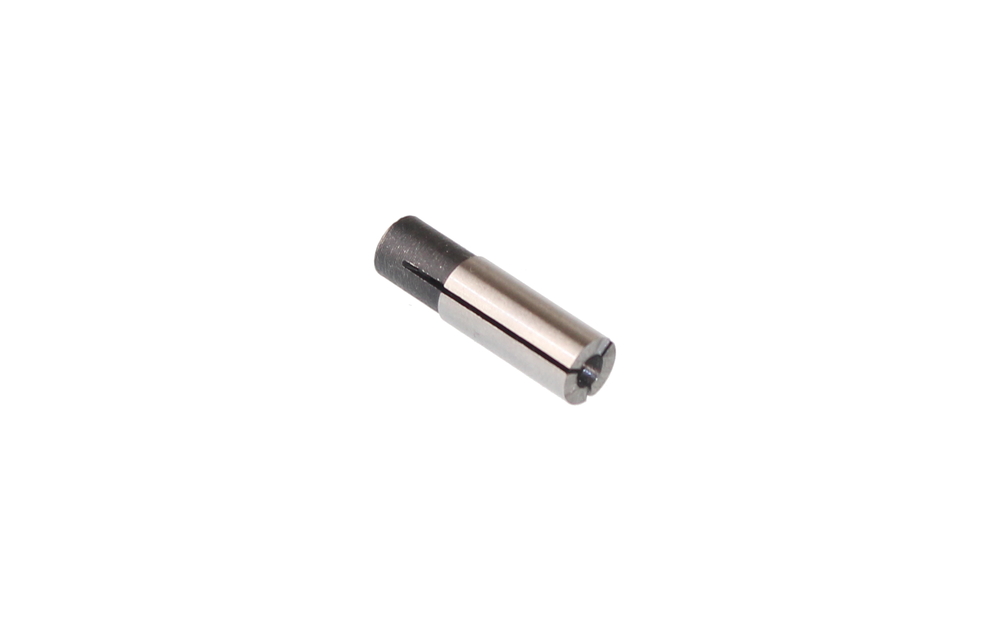 The only thing to be really aware of with adapters vs collets of the correct size is that adapters can add runout (wobble) to your bits cutting width. you can compensate for that by making a test cut, and measuring the cut space as your bit width instead of the bit itself. some adapters are better than others. Also the more runout you have, it increases the possibility of breaking a bit (generally not enough to matter except for the tiniest bits)