My husband is the one using the X-Carve and it’s brand new to us. I know there are just so many fonts in Easel, but what if I create an SVG in my Illustrator program and send to Easel. Can it cut out the fonts I have used from Illustrator? I’m just trying to figure out how all of this works. I know a bit about graphic design but nothing about the X-Carve or Easel yet. Thank you for any help you can offer.

Welcome to the forums. Easel will not let you import fonts but you should be able to draw in Illustrator create the svg and import it into easel,

Thank you Wayne. I was hoping it would be that easy. I have outlined the fonts and saved the entire design as an svg. I will let my husband know that he can now import it into easel and it should cut out the fonts that we used in Illustrator.

I was just wondering if it would be a good idea to create SVG files of every letter, both capital and lowercase of each font that my husband would want to use. one SVG file containing the entire alphabet upper and lowercase, including numbers in special characters, of my husband’s favorite fonts. Then he can import them into Easel. Does that make sense? Would that even work? Just thinking of how my husband could not have to pay for easel pro just for the fonts. I have illustrator and the ability to download any font file he can find on the internet. Let me know your thoughts please. Thank you for your help.

No clue how Illustrator works. Early on, I was told to download Inkskape (what a Godsend). Its free. I had the same problem, Easel has good fonts, however Inkskape uses every installed font on your own device. You can see, I typed in a selected font, and saved it as a svg. Will not import into Easel. Go back to Inkskape, and do a Cntl-Shift-C, of the selected fonts you want. Resave it as an SVG. Import into Easel, and every letter is a separate character. Has worked perfect for me every time. I don’t know if this is the best way, but it’s easy, and it works every time. 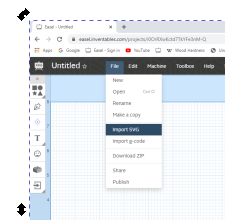 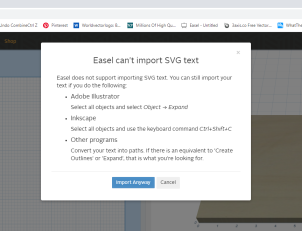 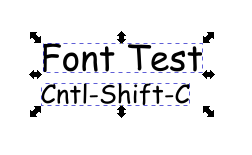 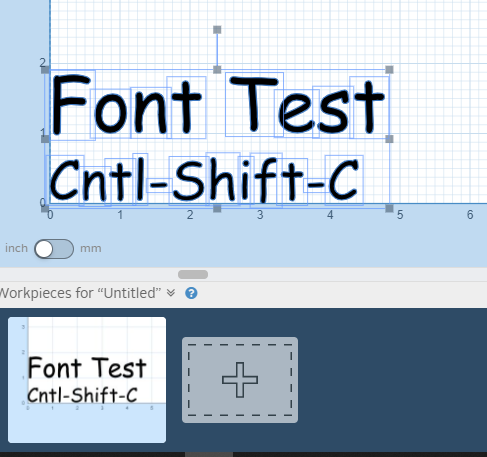 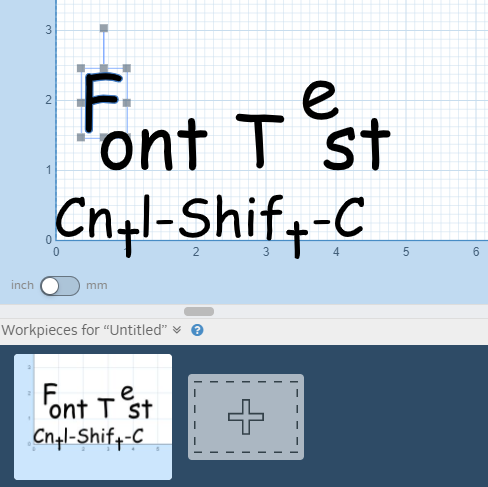 Hi Mike. Thank you so much for your reply. Yes illustrator works the exact same way. In order to import as an SVG into easel I have to “create outlines” on the text before saving as an SVG and importing, each one saves as a separate letter.

Illustrator is very pricey but I have had it for many years as I used to do graphic illustration quite a bit.

Semi-wanna-be graphic designer (t-shirt logo creator) in a past life. Used Corel, paid for all the add-ons, and goodies. Once I discovered Inkskape (friend recommended) I haven’t opened Corel-draw in eons, though I still use Corel-paint occasionally. Great program, and totally free. Its also very Easel friendly.