I’m having a few issues with my carvings lately and I think it has to do with easel. Before someone asks, I did search my problems on the fourms and tried a few things on the computer and I check to see if all my wires were tight but no luck on the fix.
So to start, I was using an older computer that wouldn’t let me download the new driver update for easel. (Not easels fault, the computer wouldn’t let me download anything) So I got a new computer and of course downloaded the new driver update no problem. Everything worked great after that and I cut out a few projects. Then one day I was cutting something and the router just stopped mid cut. The progress % bar in the corner of easel went away and switched back to the green carve button, it never popped up the “how did it turn out” window. So that ended up messing up my project because I lost my zero. I have homing switches but I’ve been using a manual zero. That has done that to me several times now and it’s at random times. I have to cut the same project 15 times. I can cut it once and it will be fine, then the next time I cut it, it will just stop on me, on a different spot everytime it does it.
Now, something that just started today, when I try to jog the machine on easel, to set my zero, I hear the motors make a noise, then the machine doesn’t move and the screen pops up to unlock with or without homing. I took a video of that issue but it won’t let me upload because the file size is too big.
Any help would be appreciated! Thanks

Here’s the video of the second issue I am having:

I’m no expert but it looks like your computer is loosing connection with the xcarve for a moment then picking it back up have you tried a different USB ? Maybe check the wires to the x controller or arduino and make sure they are all connected and nothing is grounded out or touching other wires and all the screws are tight at the x and y connection blocks . It really sounds like a intermittent short to me man change the USB first then go from there maybe try a different program to rule out if it’s easel related.

I don’t have my XCarve yet, (still have about 5 - 7 weeks), but this sounds like a connection issue just as Adam said. There was another thread where someone was having the exact same issue, even replaced the USB cord and didn’t help. It turns out the USB connection on the outside of the X-Controller was the issue. When they bypassed the bulkhead fitting and went straight to the controller everything worked.

I have checked all my wiring and I did not find anything loose or grounded. I will try plugging the USB in a different port on the computer like you mentioned. I will let you know the results.

How do you bypass the bulkhead fitting?

My xcarve is a little over a year old and didn’t give me these issues until recently.

Do you have a extra USB cable to try as well ?

I was unaware of the problem with the new x controller as I still run the arduino. If you try a new cable and still have the problem call inventables they will help you out with the X controller as robert said. From what I have read the consensus seems to be a bad ground pin at the bulkhead. What people are doing “at their own risk!!! I do not condone nor recommend it” is taking the x controller apart mainly the front face and plugging directly into the arduino controller inside. I guess there is a jumper lead from the arduino to the bulkhead you plug into now. They unplug that jumper and plug in there . Again this is just what I have read and I have never done this so you’re on your own if you choose to. I highly recommend changing cords and ports to rule out your side and if you still have the problem call inventables!!!

I actually don’t have the x-controller either, I’m still using the arduino as well. That is why I wasn’t understanding how to bypass the USB, I get it now. I will try a different USB, if changing ports doesn’t work. Thanks.

did you ever get this fixed? just curious

I tried a different USB port and that did not fix the problem. So I was thinking about eliminating a few other variables. I added a cycle start, feed hold, and reset/abort buttons to my machine a while back (pictured below) and I just used cheap momentary switches from Amazon. So I unhooked the wiring for those switches thinking they could be cause my problems. And fingers crossed, I haven’t had any issues yet, but I also only did 2 carves after I unhooked the wiring. So hopefully those switches are my issue and I’ll just have to get more quality switches. 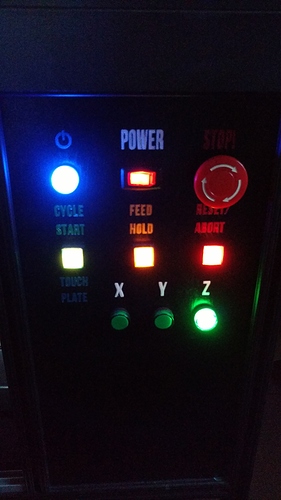 that’s pretty cool do you have a write up on how to do it?

No I don’t but I have a hand drawn wire diagram I could send you a picture of and more pictures of my wiring I could send also. I’ll post them tomorrow

So hopefully those switches are my issue and I’ll just have to get more quality switches.

Putting a .47uF capacitor over the switch +5V/Ground lead (as close to the PCB as possible) might filter out the electrical noise - which I think is the main culprit here. 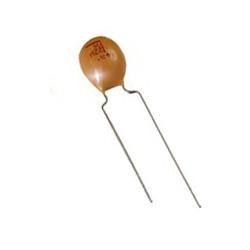