When uploaded easel mangles the circles. I imported it into the software I use for my laser and it worked fine so for some reason the problem is in Easel. 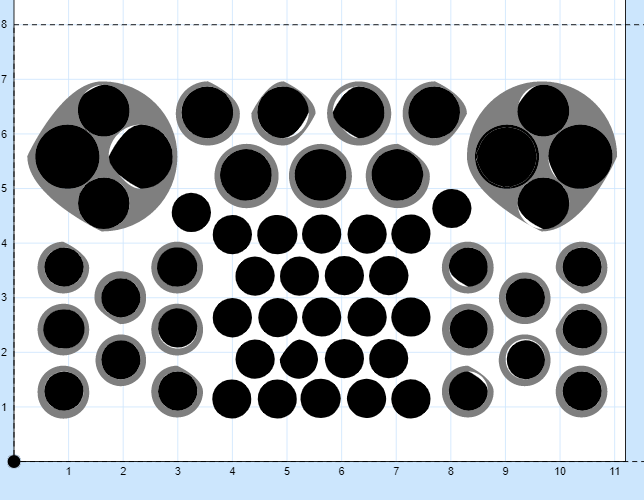 Please email the .svg to me and I’ll take a look. What software was it drawn in?

This is a strange case. I can see what is going on but I am not sure why.

If I click on a node for a circle and change it to “straight” and then back to “curved”, most fix themselves. Some of the circles have numerous extra nodes.

I had issues with some fonts and shapes when the SVG was not saved as v1.0 from Illustrator. I chalked it up to Easel only supporting certain SVG versions.

when I look at the circles that you posted I can see that the errors are in the image before import. you can see that the circles are made of smaller circles put together. when you import them you are getting exactly what was imported. it would be hard not to have these errors like that as the program has to figure out which lines are to which circle.
If you want the circles to be independent of each other then do not fill them before import and see if that helps. You can fill them after import if needed?

To fix vectors from Illustrator, the following things may help — removing any overlaps, removing redundant nodes and paths, correcting the path direction so that the winding is correct.

Sorry for the trouble.

I’ll try to investigate more deeply tomorrow, but the first thing I noticed looking at the SVG is that the paths are defined with a combination of bezier curves and elliptical arcs. I’m not that familiar with Illustrator, but if there’s a way to save it with all bezier curves I think that will help.

Here’s a version I opened and re-saved with Graphic. I just tested bringing it into Easel and as far as I can see Easel appears to have been able to import it correctly:

I tried a bunch of different things but no matter what I did I couldnt get it to work so I gave up and just made it in Easel. I was only doing it this way to begin with because someone else provided the Photoshop file.

this is how it should look. 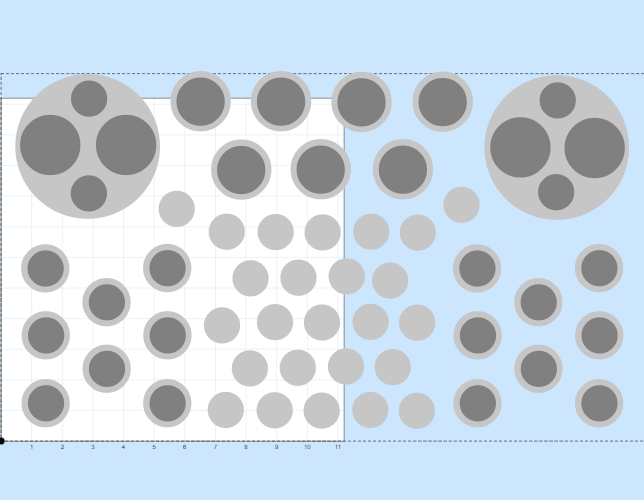 i shared with link so as long as you have that then it should open.

Not if the link is to an unshared project. You have to explicitly share the project from within Easel.

try now. i forgot to hit save after i clicked it.

The original graphic has redundant geometry which would need to be deleted (the inner circles) — CAM programs seem to work better if one imports only a single composite path w/ correct winding and no overlaps.

The drawing in Easel looks better w/ centered circles — the original has the inner circles not centered.