Thank you Jeff appreciate the reply and feedback and Inventables dedication to customer service.

Not sure if this is the same problem but it is similar. Working on the sign below and noticed after completing the carve that the area inside the “B” and the “P” was cut incorrectly. On closer inspection it appears that the Roughing cut plunged about .038 deeper than the .125 entered. The V bit did its job but obviously had nothing to cut in these voids. Also noted that the dot over the letter " i " in Mi Casa was also cut the same amount too deep but it was smoothed so not readily noticeable.

I have shared the project in the link below. Any suggestions as to what went wrong? 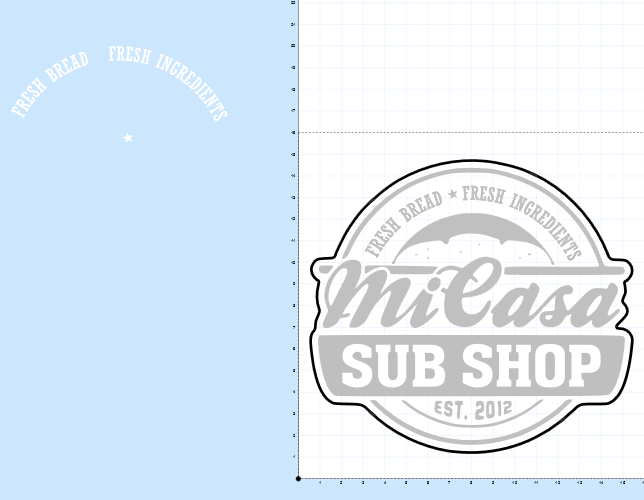 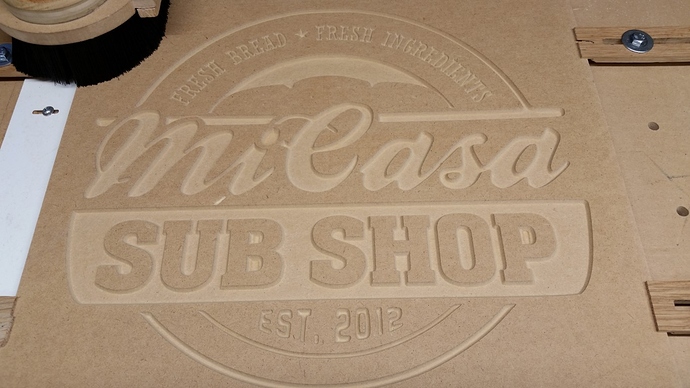 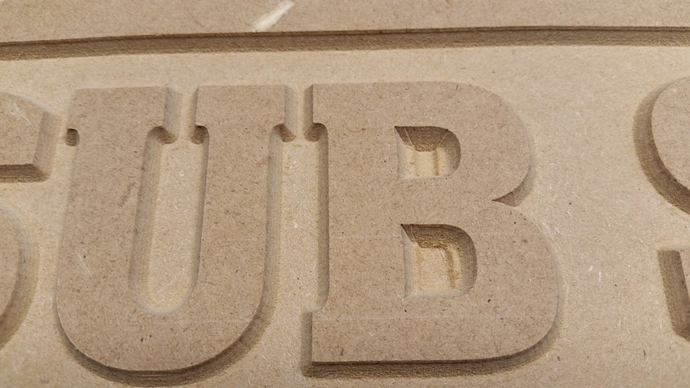 I was on the wrong page.

We believe we’ve fixed the issue that could cause the V-bit to plunge into parts of the design. I just checked the updated toolpaths for two shield projects you posted links to, and neither had any erroneous plunges in those areas.

@IvanMcfarlan, if you post or message me a link, I can check your sign project as well.

Hi @RayMacke, I’m sorry for the trouble. It looks like inverted some of the text in your project after you did the carve in your photo, but I tried swapping the “sub shop” text and background depths and did see some strange toolpaths in those two letters: 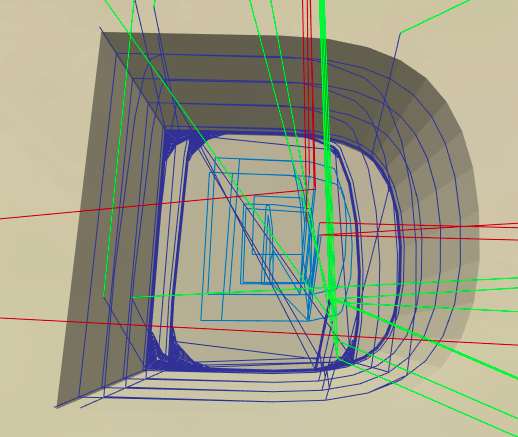 Notice the two overlapping sets of finishing toolpaths (dark blue). That appears to be a different bug.

I’m not sure yet why it’s happening, but it appears to have something to do with some extra shapes hidden behind the “sub shop” text and background:

If I delete those shapes the toolpaths look normal: 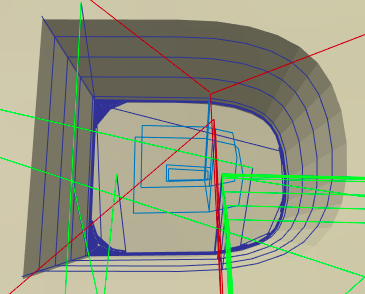 I’ll file a bug and we’ll look into this further.

Rodovich,I also went in earlier and combined all objects that I could and made some various adjustments. I just ran the a test cut. All went well!

Below are the are the pics. I am in the process of cutting an actual project. I will post that a little later when it finishes.

I truly appreciate your work and dedication to this. As usual, you folks go above and beyond in your customer service efforts. 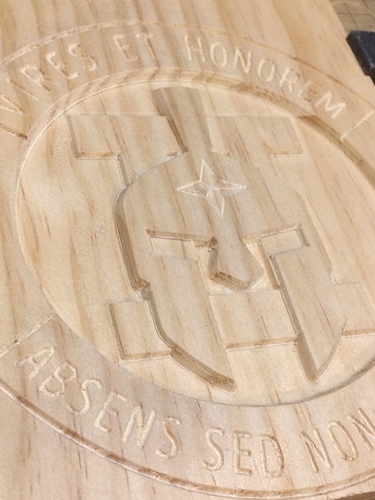 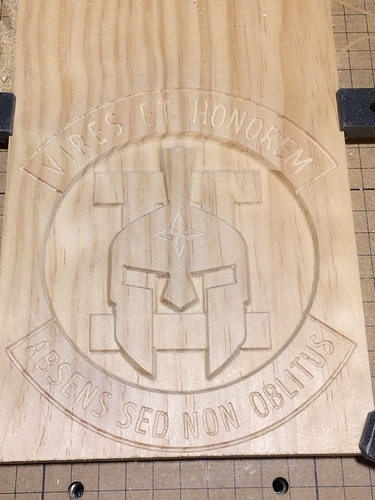 Final cut went well. It appears the issue was fixed. Thanks again for the support and help with this issue. 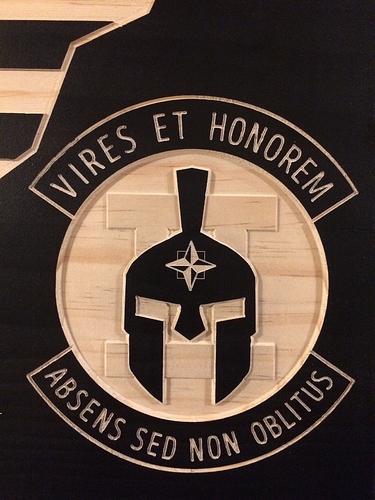 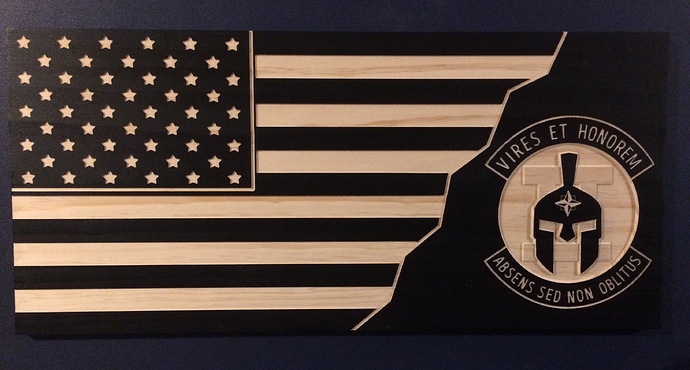 You are correct - it appears I inadvertently inverted part of it while trying to figure out what went wrong. Didn’t notice the extra objects and not sure where the originated but as you said it appears a bug allowed them to effect the carve.

Don’t know it it will help troubleshoot the situation but I noticed the problem seems to be tied to the cutout border surrounding the sign. I had it zeroed out so it was not readily visible (have brought it to the surface now). BUT if you delete it the tool paths appear to me to be corrected. The extra objects are still there but don’t seem to be causing a problem.

Thanks for looking at this for me. For now just deleting the excess junk seems to fix the problem.

@RayMacke, we fixed the issue you have reported. Now easel automatically exclude those extra shapes.