I have been playing around with this program for about a week now. It works pretty well. Should have some vids of the carving up later this week.

Been playing with that program since the days of the Shapeoko. It works very well once you get a handle on how to set it up. 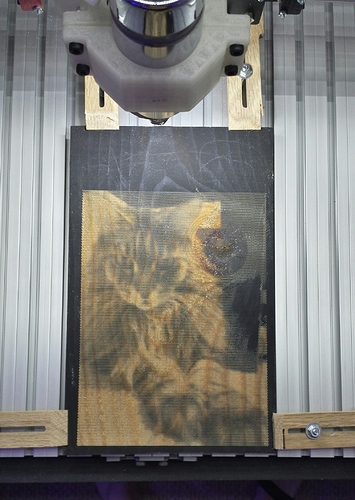 looks good what is the doc

Do you have any tips for what makes the best settings? What type of bit works best?

I used a .2mm 30 degree V bit much like is used in PCB trace milling. It honestly has been almost a year since i played with it. But due to the passing of a pet, we will be working with it in aluminum shortly. I will try to relay more details shortly.

so once I’ve got the pic all setup how do i use it on the xcarve?

After building my X-Carve, one of the first things I wanted to do was create a decent halftone image. After many hours of experimenting with bits, software and material, I think I finally found a combination that works great!

yeah the whole z thing drove me nuts I still have yet to figure it out and had kinda forgot about halftoner really should take another look.

Certain materials, like engrave-able nameplate plastic, have a thin white layer on top of a thicker dark layer (or vice versa). The “Engraving Depth” value tells the GCode generator that it has to plunge at least that deep before a hole begins cutting into the second color. It acts as a depth offset for all hole cuts. If you’re cutting through something really thin, like paint, it’s not necessary, but if your material has a 1mm top-coat you probably want to use the setting.

If you set the “minimum hole size” value to something really small (like 0.01) it’ll prevent those. I wanted to set a meaningful default, but a few people have used the software to cut halftones into jewelry on mini-mills, and their minimum size is WAY smaller than I expected anyone to ever use, so I left it at zero.

That’s intentional - It does a rapid move from the safe height to zero, then a slow plunge from zero to the depth of the cut. I dramatically speeds up the cut. I have lots of software that wastes time slow-plunging through air and it drives me crazy.

I like both for different reasons. Lines cut a lot faster, because it doesn’t have to retract as much, but they can be more brittle because there’s less support material left. Halftones are cool because they look like old news photos.

Hello guys, Whats happened to this program, it crashes everytime i try to use it now?

still working fine for me 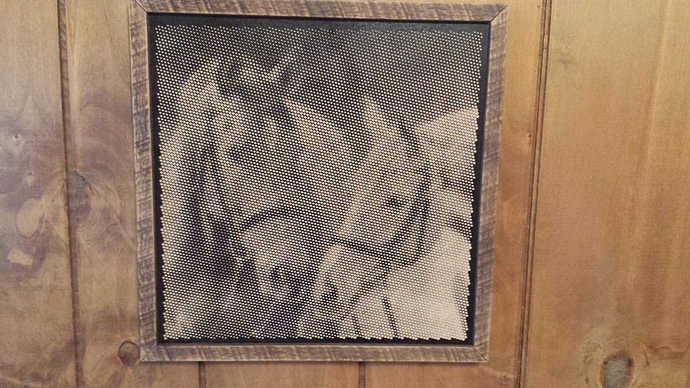 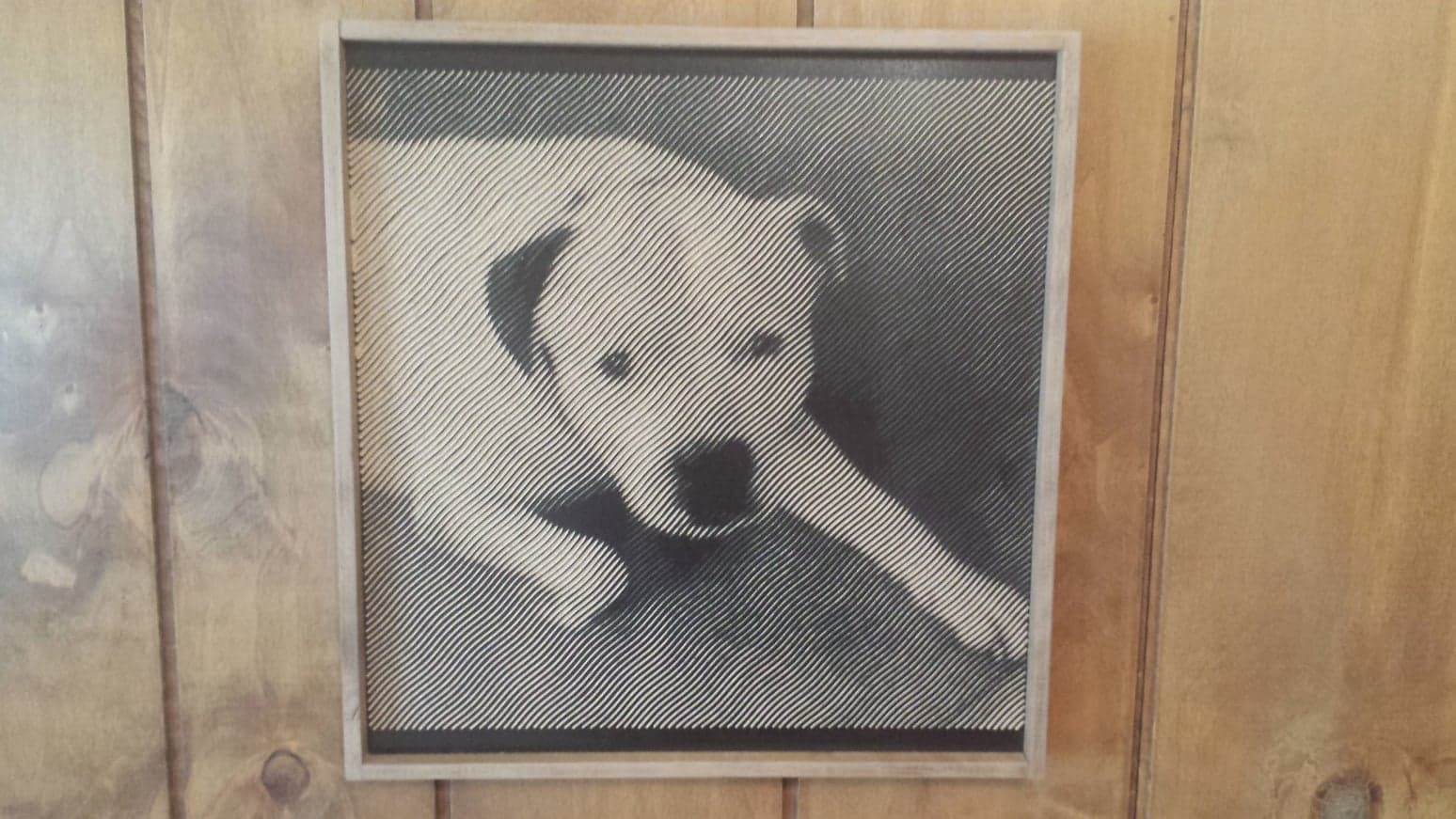