Eggs on the mind

So with Easter on the horizon, I’m thinking of tackling an eggbot build. Has anyone made one yet?

They are great. I used mine for Christmas ornaments as-well. 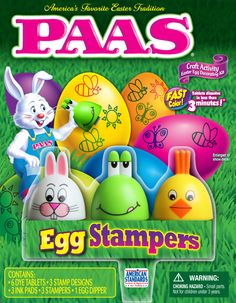 This is my skill level.

Have any pic or videos of yours?

I’ve always strangely wanted one of these. I have some spare steppers, might need to start building this.

Me too, I picked up a controller and thought I can use my old 17 steppers.

I have the store bought one. http://egg-bot.com/

I have spare Ardunio, steppers and motor drivers on hand, what software would be best to use creating / controlling the design / motion output?

I think something like this could be a doorway into the world of the 4th axis for some folks, including me!

When I use mine it has a plug in for inkscape to run it.

$220 isn’t terrible if you don’t know anything about stepper motors or building cnc machines.

You can definitely build one for around $100. i’ll document the build for those who want to build their own[quote=“ChrisPembleton, post:13, topic:35253, full:true”]
When I use mine it has a plug in for inkscape to run it.
[/quote]

I think something like this could be a doorway into the world of the 4th axis for some folks, including me!

Yes! if only GRBL would allow a 4th axis. You would have to switch over to mach3 or compatible.

Yea the original egg bot uses 2 stepper motors and a servo to lift the pen.

I look forward to the plans. I would love the challenge of building one. The electronics scare me the most. The actual build should be no problem