Engraving is Upside down

I am using Easel to make my graphic and using Universal GCode Sender to send the G-Code to my machine. The machine is from MiniTech that I have refurbished. The controller is Arduino+Grbl Shield. when I want to engrave something … the output is Upside down and Flipped. Left image is what I want … right is what I get.

Z goes up and down as commanded from Universal GCode Sender and the X and Y movement seems correct when I jog the mill … then why am I getting the Right version (in picture below) when I want the Left Version?
Should I assume that the wirings to my CNC steppers are messed up … Any suggestions? 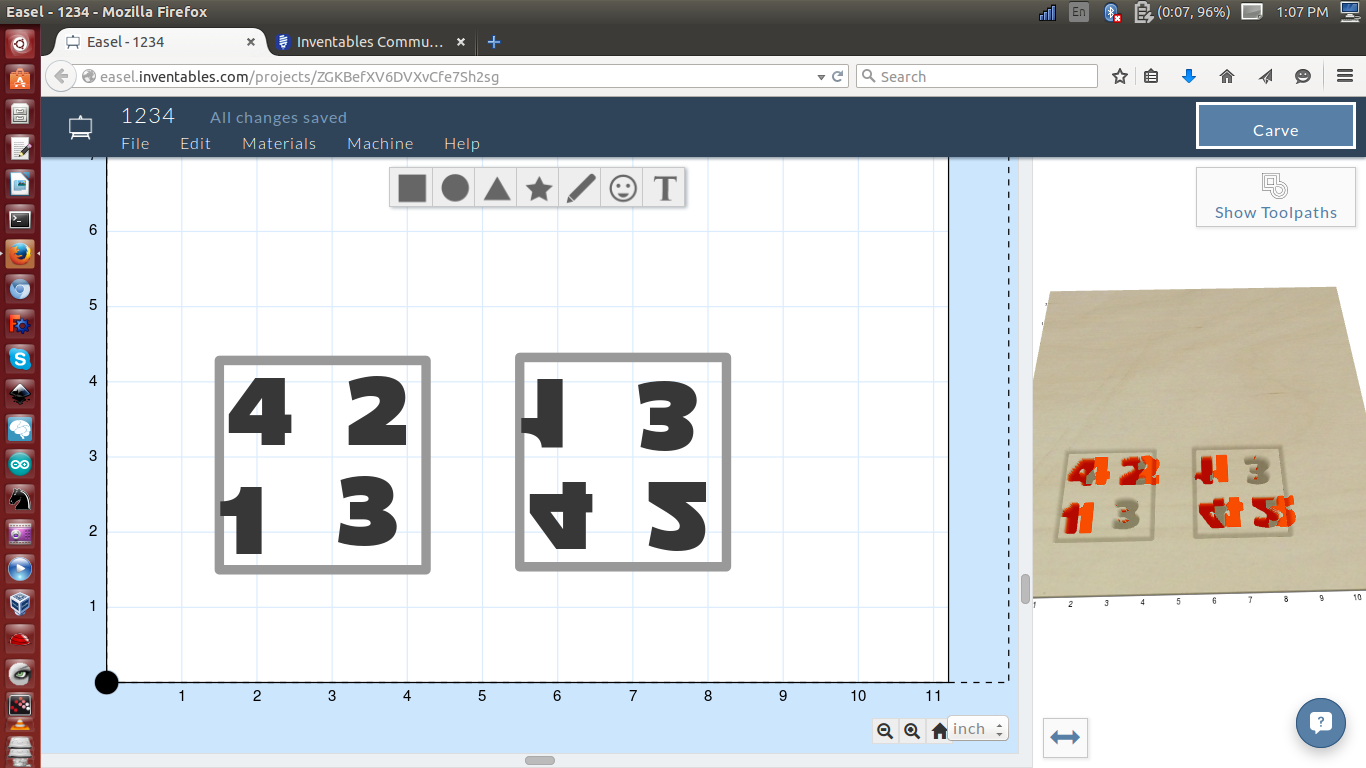 Depending on what was the issue of orientation, you may have to try this on X and / or Y steppers

The other way to correct the direction of the axes is the " Direction port invert mask" setting in grbl configuration. Here’s a more thorough explanation: https://github.com/grbl/grbl/wiki/Configuring-Grbl-v0.9#grbl-settings