Engraving letters out of line after each pass

I have been using VCarve to create house signs. I saved the gcode and send it to my xcarve machine using UGS gcode sender. Its been working fine but today did this. Each pass is out of line. Any ideas? thanks. 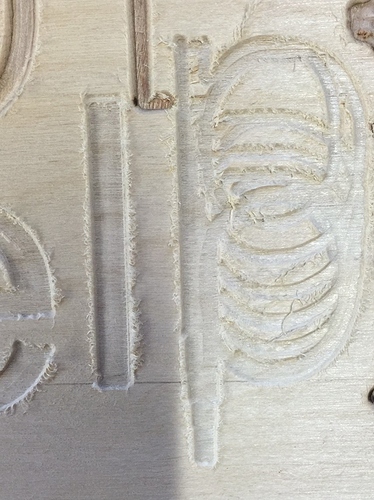 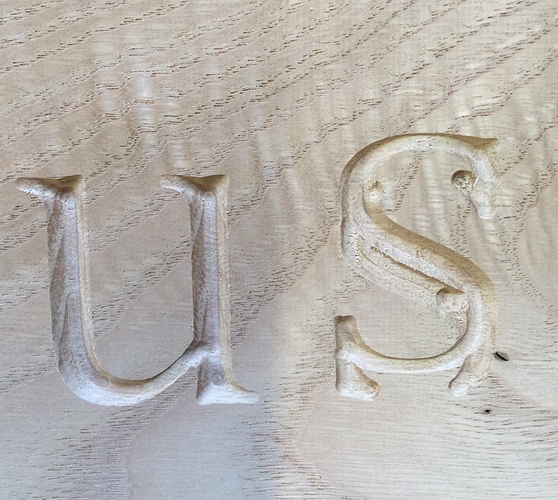 Looks like Y movement is having issues, are you using the XController or standard Arduino + GRBL shield?

If standard Arduino + GRBL, sounds like you might need to tweak the pots for the Y axis output to prevent this. @RobertA_Rieke has some great YouTube videos on how to do this…

That looks like it is missing steps or slipping.

Check your controller, make sure it is not packed with dust or overheating.
(Double check the pot settings and see if they need to be adjusted.)

Also double check that the gantry Y motors are parallel and not canted to one side.

Thanks for the reply. I am new to this so think I am using the standard Arduino. What is the X controller?
Thing is it has been working fine up until to day. I will check out the YouTube videos.

I have checked the belts and the Y motors are parallel. How do I check the pot settings?

I am sure you are using the standard GShield. (If you were using the upgraded X Controller you would know

There is a video floating around that goes over pot tuning and calibrating the XC.
If you have not adjusted you pots before than that probably needs to be done.
They control how much current is going to your motors.
Too little and they slip under load, too much and the chips overheat and pause as they go into thermal protection mode.

Odds are something has slipped loose from all the vibration of normal use.

I will look at that tomorrow. Your help is appreciated.

Check the set screws in all of your pulleys. Use blue loctite to lock them in enough so that they don’t back out. If you ever need to take them off, the blue loctite will allow you to break them loose too. This is one of the most overlooked reason this happens. Take one set screw out at a time, put some blue loctite on the threads and screw it back in tight. I’ve been carving on mine since September 2015 without a problem after doing that.

Thanks for everyone’s advice. It turned out to be the eccentric cam on one of the v pulleys. Tightened as per instructions on the video link given above. working fine now.

No! No! No! Spoke too soon. I did a test and it turned out fine, picture below. 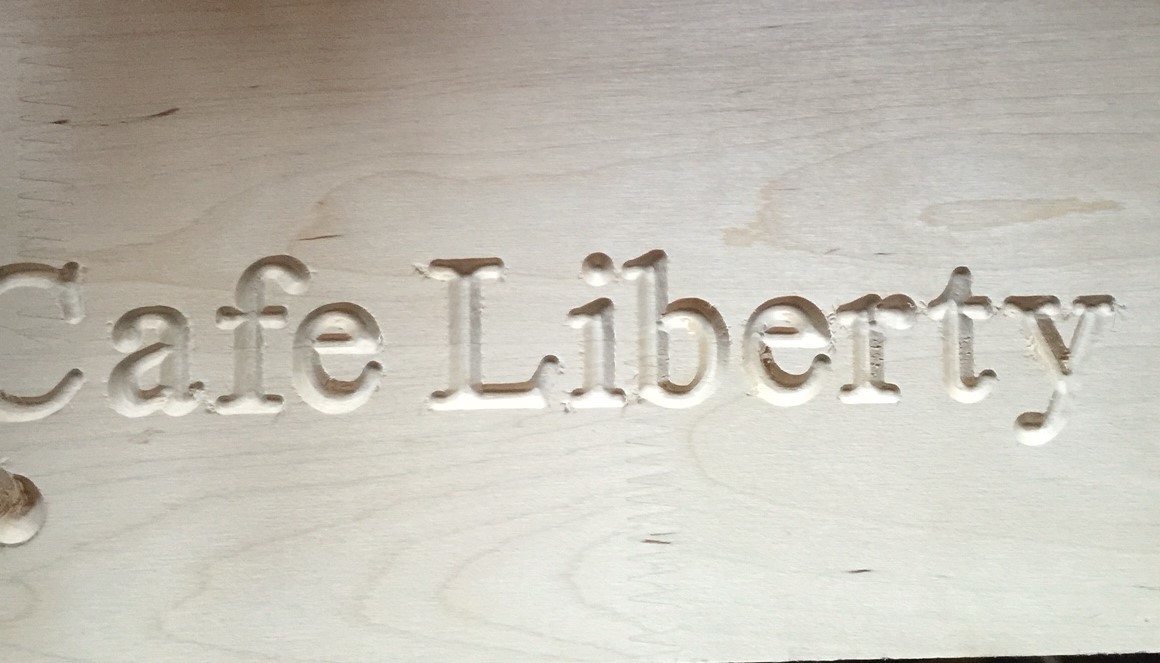 Then tried again and this happened. 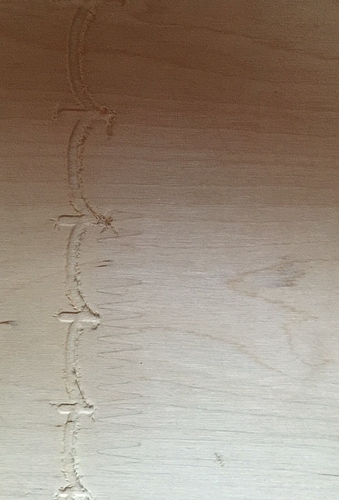 It looks like instead of repeating each pass for the letter in the same place it is moving up and starting again. I have tightened the belts on the Y axis. I have ‘tuned’/turned up the Y pot. I have checked for loose wiring etc. Could it be a software issue with UGS?

What version of UGS are you using? Do you have a T1M6 tool change entry at the beginning of the g-code? The latest versions of UGS choke on that entry and it does strange things.

I am using version 1.0.8. As regards tool change entry I don’t think so but will need to check.

Did you use the same gcode file both times?

Yes it was the same file created in Vcarve.

It looks like you have a problem on the Y axis.

Remove the bit and keep the spindle powered off then jog the Y axis backwards 5 or 6 inches and use your hand to put resistance on the Y rail.

Can you stop the movement with moderate pressure? Then try the same thing jogging the spindle forward 5 or 6 inches.

It should be very difficult to stop the motion in both directions if not then you have the belts or pulleys slipping.

I have tightened the belts as per the video instruction above, but will give it another go. Thanks.

OK did as you suggested Allen. The motion was rock solid in both directions, but just incase loosend off the belts and re-tightened. Still the problem persisted. Someone at work suggested it might be a software problem. So I deleted UGS 1.0.8 and down loaded UGS 1.0.9. Bingo!!! It works great, fingers crossed. Just ran the same file six times and it is perfect.