Is this as good as it gets, or, should I start troubleshooting? Simple, 45° line to 7/16" depth to check both X and Y travel. 1/8" end mill used. Ignore the threaded insert divot.

Im not an expert but that looks like it has a lot of wiggle in the play and not even a straight line.

You can do better than that. 0.003" is a good target tolerance. Check out the tuning video and then try the circle, square, triangle test.

You can draw them in Easel.

Of all the tuning steps I’ve taken - squaring the frame, tightening the belts, adjusting the eccentric nuts, adjusting the grbl shield voltage pots - it’s the eccentric nut adjustment that seems to be the biggest factor. There seems to be a reasonably sized zone of belt tension that’s not too hard to dial in, but I found that one of my eccentric nuts was set too tightly, and that was causing major binding problems. Once I got those all sorted, the machine performed much better.

Ok, watch out for bound up eccentric nuts, check. or maybe society would be better served if we didn’t untie them?

Or maybe we just need to change from briefs to boxers.

Both axes move freely, by hand, with no noticeable binding. I’m thinking (hoping) it’s just a fine-tuning issue with the motor currents.

did you do the entire 7/16 in one pass or did you take multiple passes?
What was your feeds and speeds?

I believe I just used the Easel settings for maple.

Ran the CST test after readjusting all eccentrics. Looks better, but, I’ll reserve judgement until I can do this in some poplar, which I have, and, is harder than PVC foam. 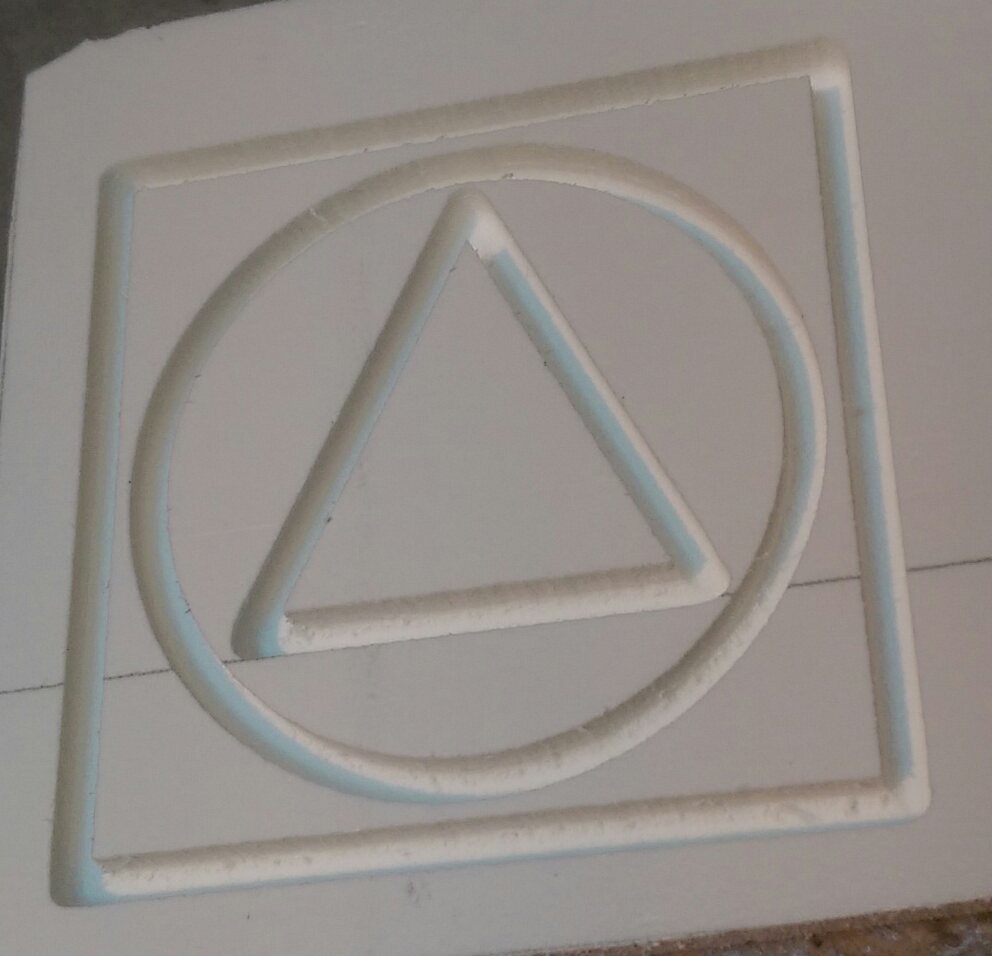 Do you have a digital caliper or a dial indicator? 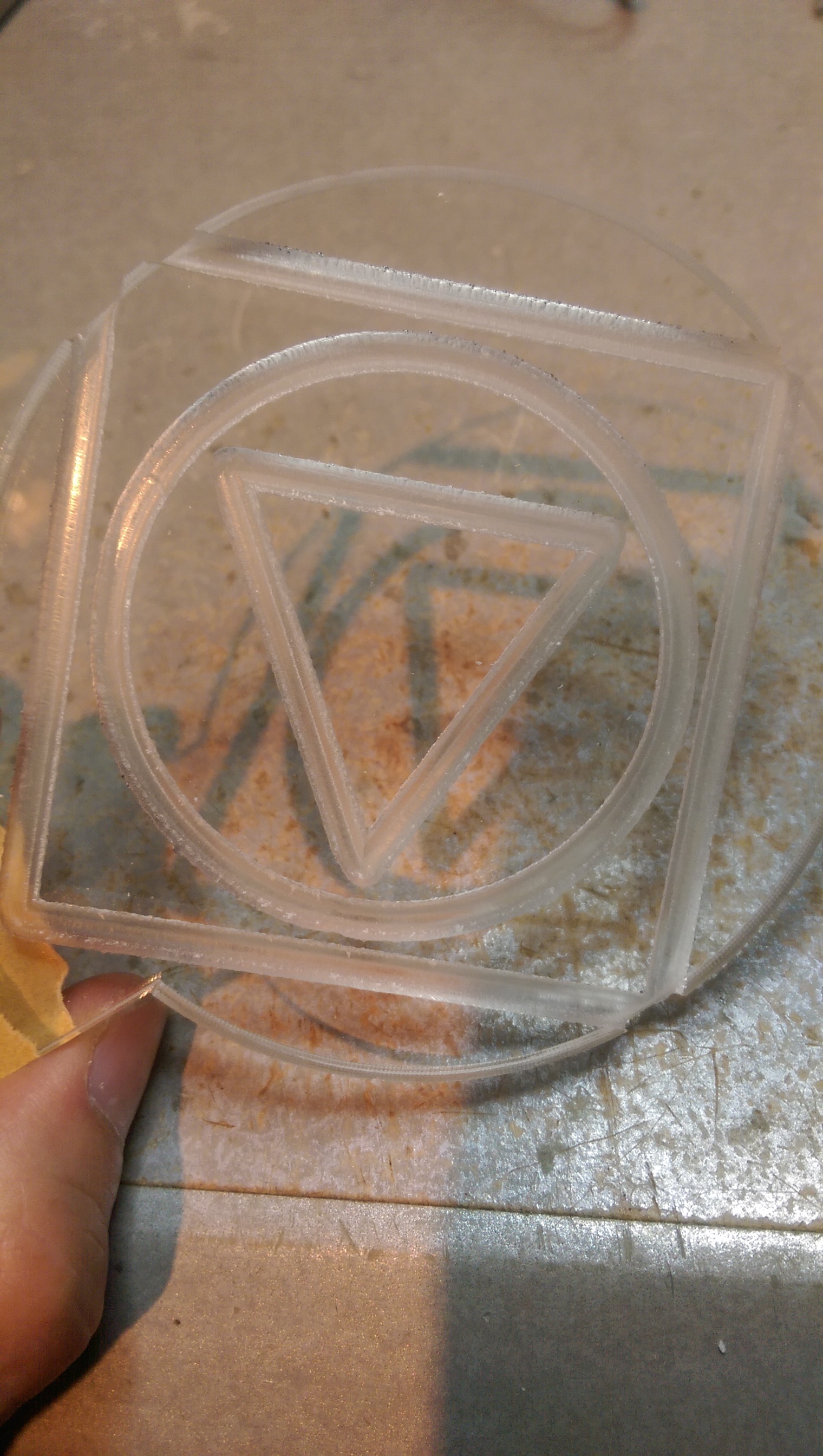 You might be able to increase the IPM to get less chatter.

Try a slightly shallower cut and high spindle RPM as well. The 300 watt spindle, just by its nature, doesn’t really have a whole lot of torque and can get bogged down pretty easily. I’ve been milling 1/4" clear acrylic at like 12-14,000 RPM, 35 IPM, and .010" cut depth. Everything’s coming out quite nicely. I’m still seeing a little bit of chatter evidence on the edges, but no chipping, so I’ll probably go 40 IPM on my next cut to see what happens. 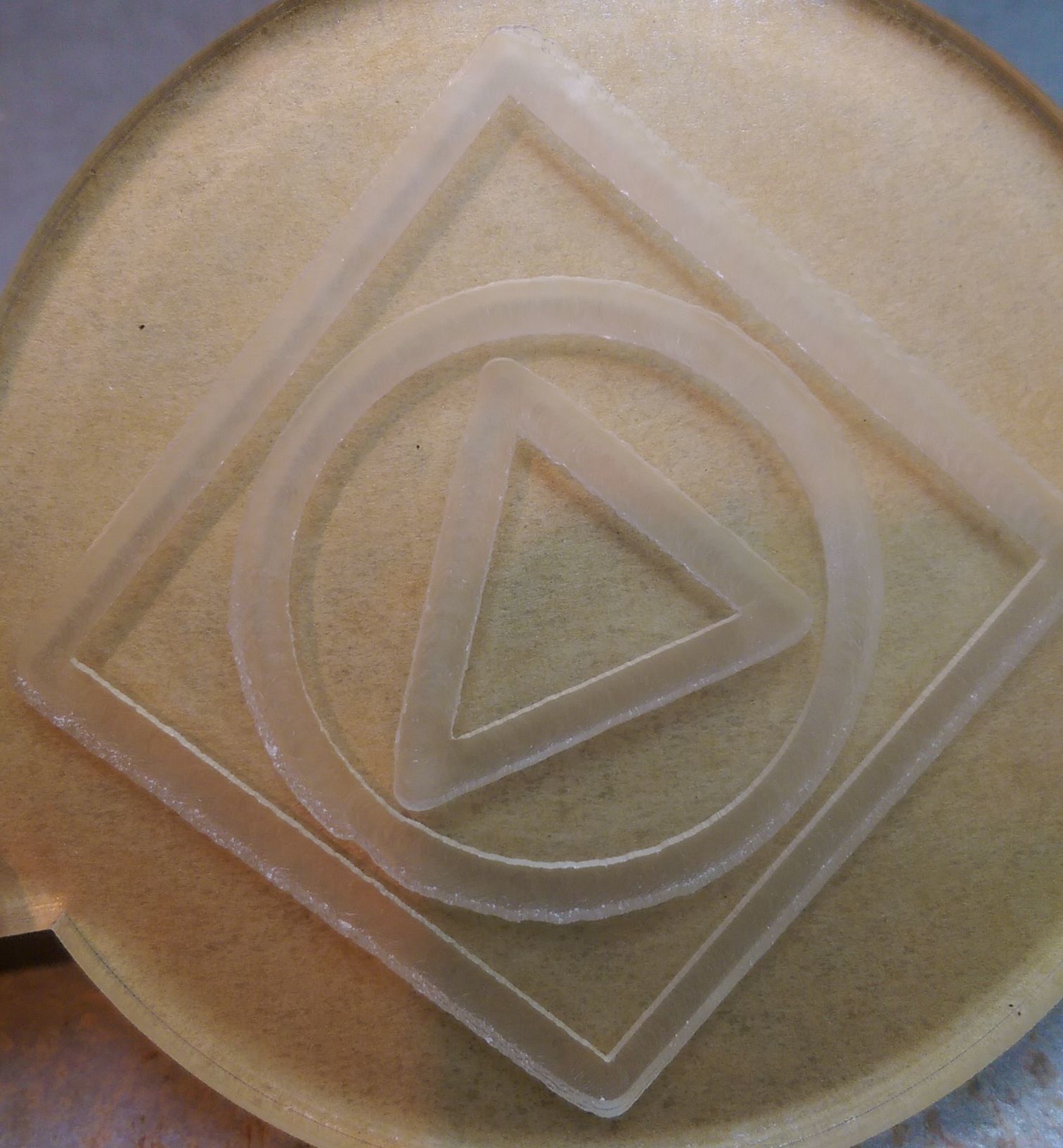 Interesting features at lower-left of the circle, and. left corners of triangle

Luckily, this material is just drops from parts I use in good volume (I have tons of them).

looks like your straight flute is chattering against the edges of the cut… do you have access to a fishtail or a single flute up cut bit?

I ordered the starter-bit assortment with the unit, so, those are two that I should have. 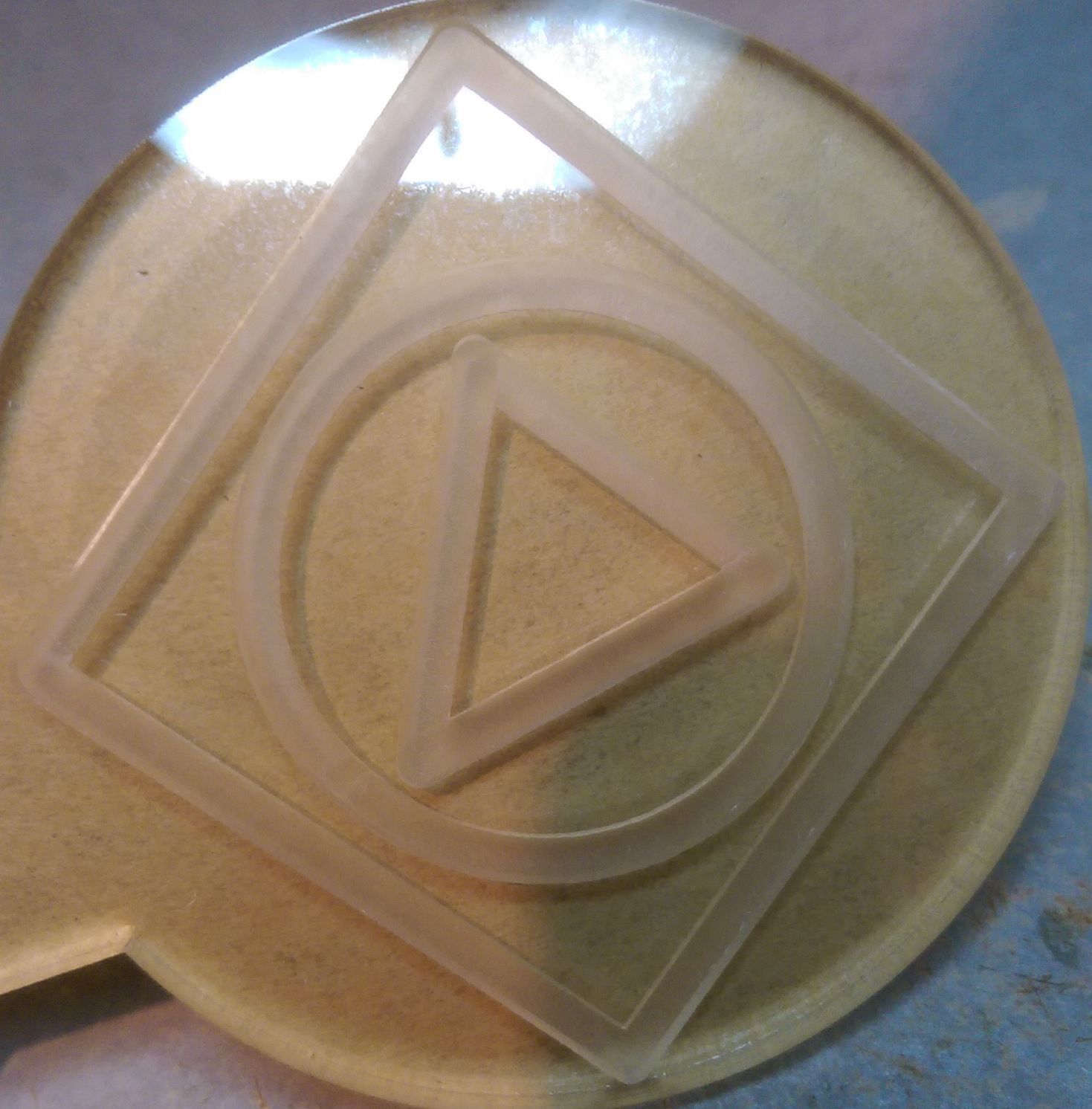