Hi all, I have a question about speeding up 2d profile operation cuts. 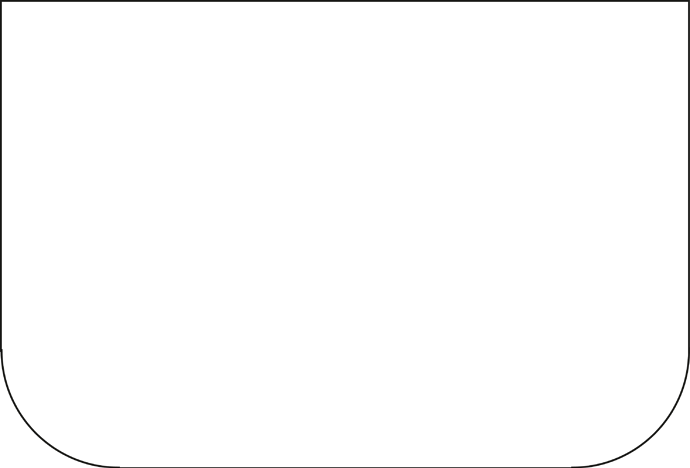 The main design on the top face only takes about 20 minutes to cut all the pockets with a 1/8 bit, but cutting the profile takes about another 30 minutes. I’m running a 3500mm feedrate at 0.5mm depth using a single flute similar to this bit but with a longer flute. Is there a faster way to do the profile?

Kind of a cheesy line, but I’d suggest upgrading to the DeWalt. 90% of my work on the X-Carve is more or less the same general concept, and about the same size, usually with large pockets that are both roughed and finish cut. A whole part takes me less than ten minutes, and my feeds and speeds are quite conservative for the DeWalt.

The difference from the stock spindle is just incredible.

For scale, this is 280mm x 130mm x 19mm, and takes about twelve minutes, including a rough and a finish op on the pockets, profiling, and a finish pass on the outside profile with triangular tabs. 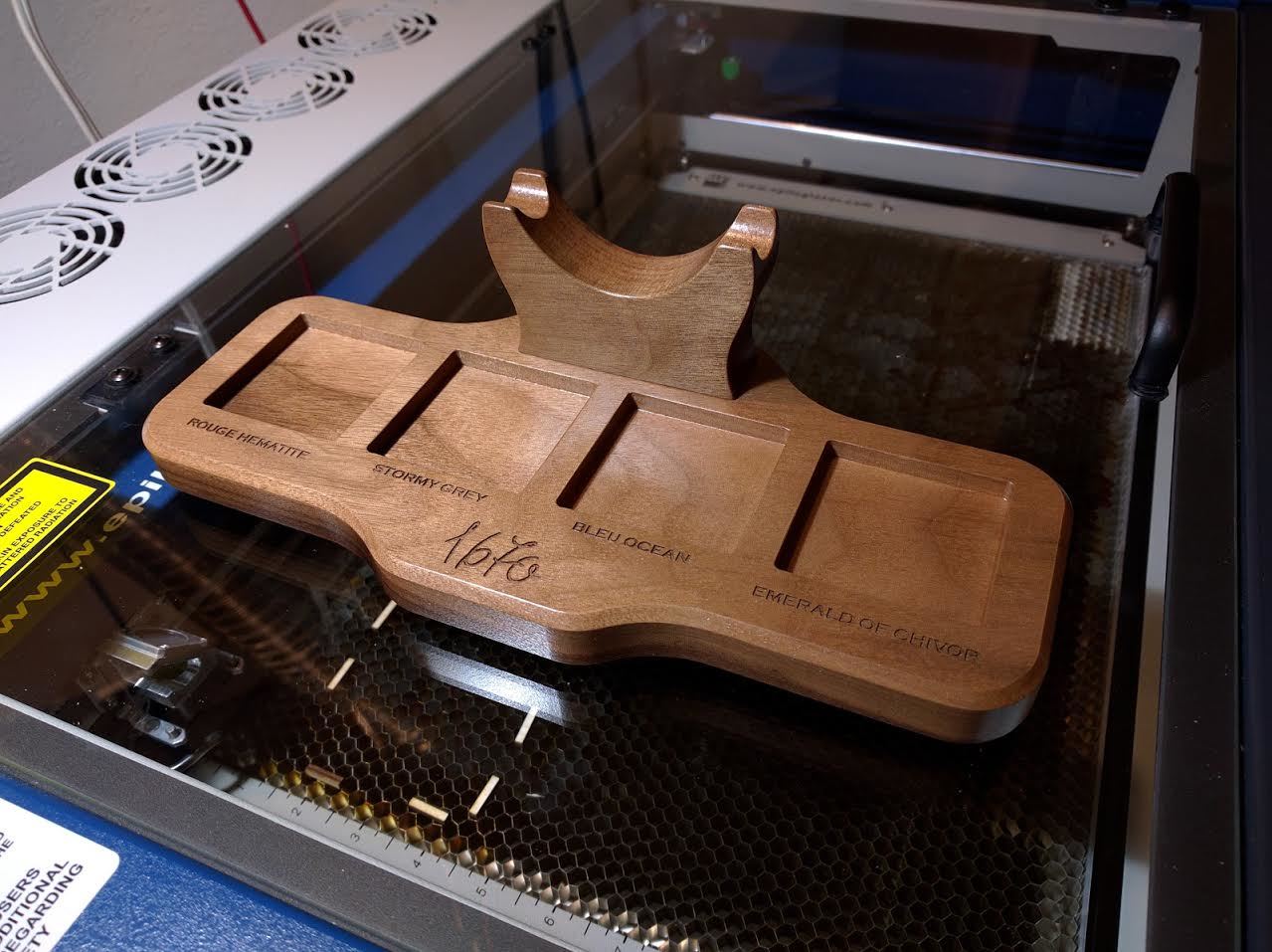 Wow - that’s quite a difference!

I have a dewalt, and the mount for it, but the sheer noise it makes is not good for residential setups. I have been looking into the 600w and 800w spindles on ebay to avoid this.

I was wondering more if there are better suited milling bits for this type of thing?

Are you using the same bits for roughing & finishing? I find it tricky to re-zero if I change bits for finishing as the tolerance is so tight for a finishing pass

Build an enclosure for the machine and use the Dewalt.

A simple box from MDF with some acrylic windows so you can see what is going on in there. There are a couple posts on the forum on enclosures for inspiration

Those are the same bits I use, for both 1/8 and 1/4 diameters. I’ve found nothing better for precision wood cutting, myself.

The unit IS definitely a tad on the noisy side, although not nearly so bad if you keep the speed down in the lower range.

I am using the same bit, but it’s not critical. As long as you’ve homed the unit and set your zero properly, it will hit right where you want it to be. I use a touch probe for bit length, but there are several ways to do it that will be just as accurate if done right.

On the part shown here, my order of operations is to rough the pockets (1/8" downcut spiral, 60ipm, .250in depth of cut) then finish the pockets with the same bit (40ipm, taking .025 off of the floor and the walls). Then a pair of drill ops to spot the holes that will hold the vertical component later. A bit change after that to a 1/4" downcut spiral at 60ipm, and cut the profile with 1/8" stepdowns, followed by a .025 finish pass all around at 40ipm. I’d LIKE to do it all with a 1/8" bit, but I haven’t been able to get hold of one that will cut down deep enough!

Thanks for the info Dan, I hadn’t heard of touch probes.
I’ll bite the noisy bullet tomorrow and see how the dewalt goes.

What CAM software do you use?

I’m using Fusion360 for both modeling and programming. That’s actually fairly modest, it’s using about a 1/2 cutter engagement, so I could theoretically go considerably faster. The RPM of the DeWalt is high enough that your limit is really the speed at which the X-Carve itself can drive the cutter precisely. The 1/8" bit is definitely strong enough to take that without any trouble at all in wood. G-Wizard suggests an even higher feed, in the 110ipm range, as I recall, for a 18000RPM spindle at 1.25hp. Makes the chips FLY!

Perfect - I love Fusion 360! Just started using it this week and the Cam is amazing. I was trying Easel and MakerCam before that and while simple to use they don’t offer anywhere near the control or features like helical ramping.

I just love how darn easy it is to use! The modeling portion works great once you get used to how the controls work (no surprise there, given that it’s a serious, top-end piece of software) and the CAM portion is just absurdly simple to work with.

For feeds like that, I’m using “Adaptive Clearing” so I don’t get the load spike when the cutter abruptly goes from 50% engaged to 75% engaged at the end of each straight pass. The finish pass is done as a conventional (as opposed to HSM) process, since I like the look of the squared-off milling marks a tad better on the finished piece.

EDIT: Easel also works great, within its limitations, but for most of what I do, the capabilities of a full-up solid modeling program are quite essential. Nothing against Easel, just not suitable for my purposes.

FYI - The Makita is much quieter than the Dewalt. Dan has me sold on trying out Fusion! I’ve been doing v-carve with Mach3 for so long its daunting to try new things. Maybe a week off work for experimentation is in order.

Also - if you are doing LOTS of work, I have a Hitachi 12mv on my larger machine and at lower RPMS is very, very quiet. And it has a 1/2" collet for BIG roughing bits. But you would need to modify your machine to make it stiffer.

Well, for sign carving with a v-bit, V-Carve is still the king of the hill, hands down. For anything else, Fusion kinda kicks its trash as far as I can tell.

Hey Dan, did you have to stiffen the X-axis or the Z-axis to take the dewalt?

I noticed a bit of shuddering and bouncing today after the upgrade, mainly just at the beginning of circular pockets where the bit is moving rapidly in the initial small circumference after ramping in. It was happening in the finishing pass so hardly any load, basically just sanding at 0.2mm depth, but the speed was running 6000mm/pm

I did have to stiffen the gantry, I used the vertical screws between the rails method, and it has worked just fine for me so far. My problem wasn’t Z-motion, my problem is chatter when moving along the X axis. I’m still hunting the cause of that one, I’ve just compensated with a finishing pass for the moment.