Finally finished the cribbage board

A while back, I asked for some help laying out this design in Inkscape. Thanks to those who responded. I ended up re-doing the design in my vector editor of choice (don’t laugh) ArcMap. After several attempts at exporting directly to .SVG, I was able to get something workable in Easel. For this, I had to do the “select by cut type” and delete, do the holes, undo, then select the other type, do the lines with a v-bit, undo, etc. Kind of a pain, but it turned out okay.
The top swivels on a pin and I used two sets of magnets in opposite corners to snap the lid closed. The base is a 2x10 cedar scrap from the scrap bin at the home store. The board itself is an oak scrap (with sentimental value) that I was told “to make into a cribbage board” by a guy whom I received some really nice birch slabs.
I think he will like it. I think I will try some more of these since I have the pattern now, even though they are more work than they are worth (retail) 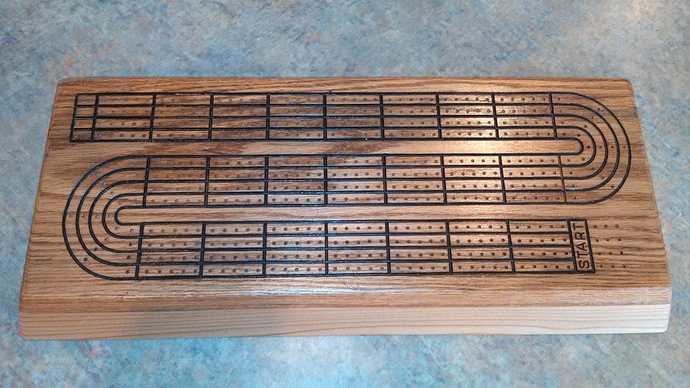 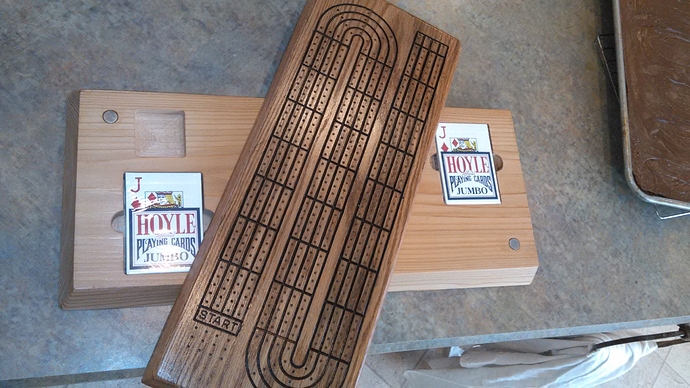 It looks good, show us the pegs.

Are you gonna share the brownies or just let us drool?

Love it. Very clever with the base storage/pivot.