I thought I would share my experience with my first complex 3D carve.
I’ve model and performed simple 3D carves in Fusion 360 before, but the finished product was easy to sand down and finish like any other woodworking project.

The latest one I have been working on is a model of the US Navy Submarine Warfare pin, commonly referred to as Dolphins or Fish. The finish on this one was important since it would be rather difficult to sand the fine details.

Here’s the model in Fusion:

For the CAM settings, I used two identical setups, one for each tool I was using (makes post processing easier in my opinion).

I chose adaptive clear from the 3D milling options.
Settings: 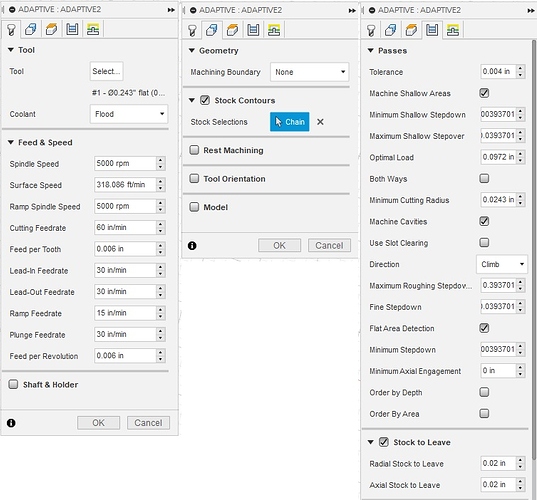 I used two parallel 3D milling operations with the second one having a 90 degree pass direction. I used a 10% stepover (10% of the tool diameter). Initially I was setting the stepover at 0.01" which would make it closer to 30% stepover. I kept getting that corduroy look, but 10% was the answer (and the math was easy). 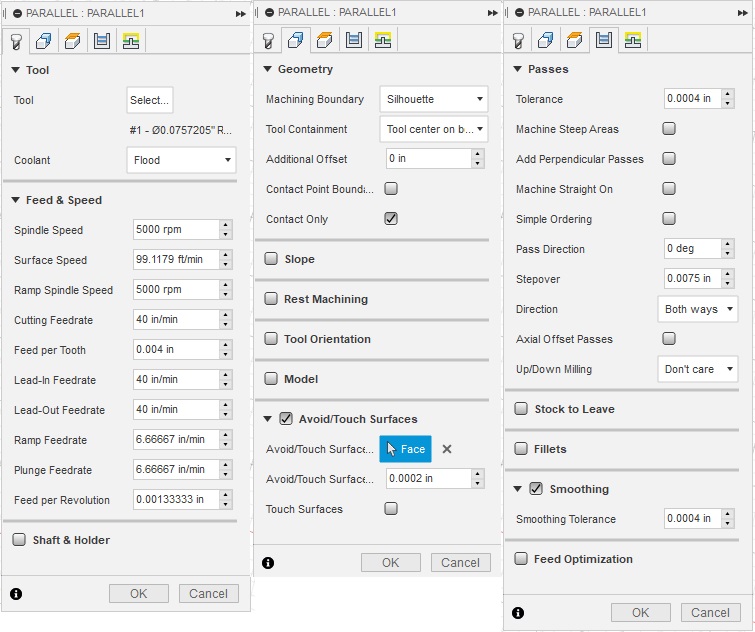 I imported everything into Easel and made sure to reference my top of stock with the Z-probe on the corner so I wouldn’t have an offset when I switched bits (you’ll see an “x” in the corner in the pictures below).
The roughing took about 15 minutes, while the finishing pass took 1 hour and 15 minutes.

First attempt:
This one had a lot of that corduroy look in it due to my step over being too large. 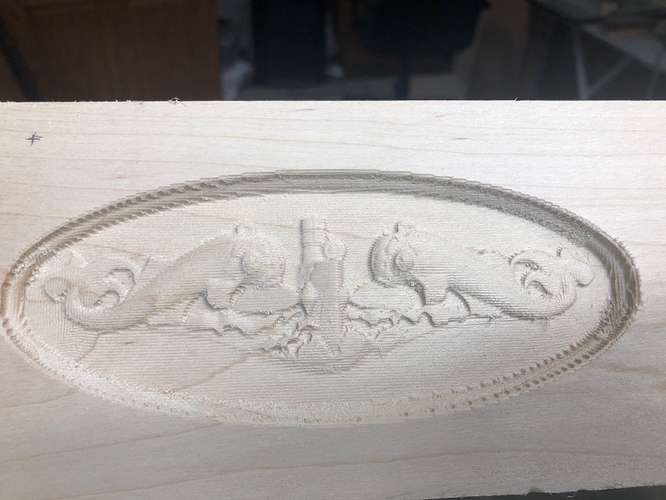 All three attempts together: 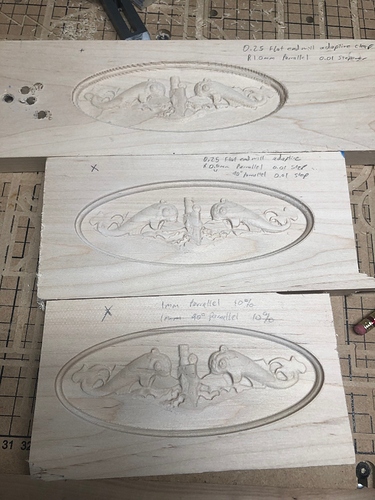 Final cut:
After I fixed my step over, it turned out pretty nice. A couple of fuzzies along the oval, but that was easily taken care of with a little sandpaper. 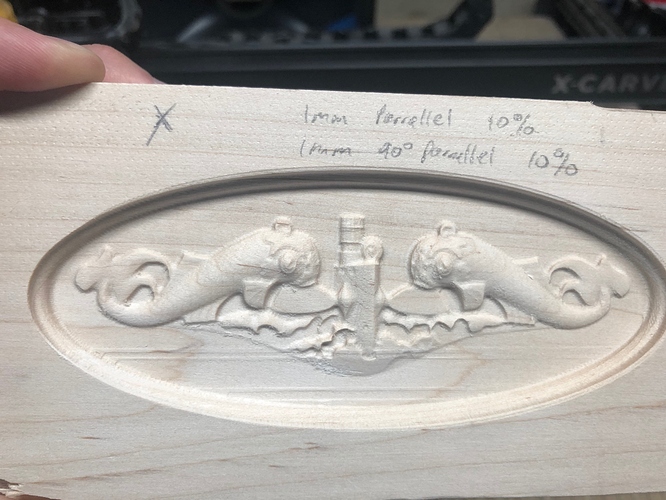 I decided to throw a little stain on it to see how it turned out and I and very happy with it. 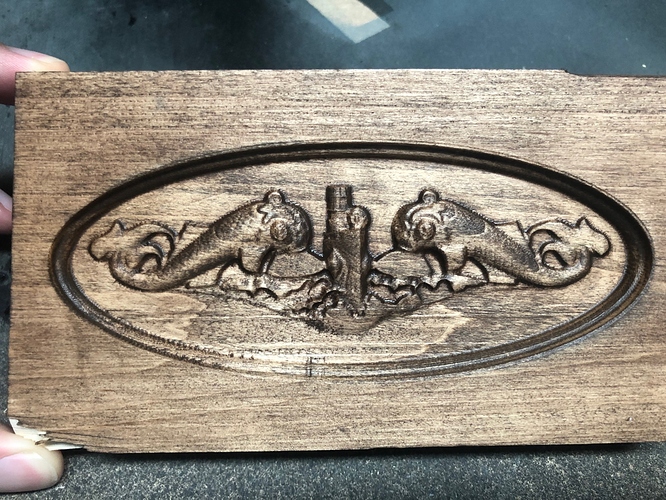 Overall, I’m pretty happy with the results. It took me longer than I care to admit getting the CAM settings correct, but I learned a lot along the way. I think I’ll do one more test cut with a smaller tapered ball end mill (radius 0.5mm) so I can capture some of the detail like the scales in the fish and the panels in the conning tower.

What are your thoughts? Any pointers for me from the experts on here?

Coming from a submariner, I can say that they look pretty darn good to me!

Thanks man. What boat were you on?

Looks really nice, I wish I understood Fusion 360 better, steep learning curve. I wonder if you have some thing loose in the z axis of your machine that caused the horizontal lines in the bottom 1/3. I had similar, once caused by a worn Delrin nut on the z of my machine and once caused by a loose wire that made the machine miss steps.

First, to both of you gentlemen, (Sam and Brandon) Thank you for your service.
I would be scared shitless being under water in something like that.
Second, that is beautiful work sir. Well done.
As for tooling, here are a couple that I use and really like the results.
JERRAY
TC-R0.5 D1/4" 1-1/4" 3" 2F

No problem, it was my honor.

When you really think of it, what could go wrong with a submarine? They are designed to sink and built by the lowest bidder … !

The horizontal lines can also be produced when you lean on your machine to take a look at it carving, this has happened to me.

Vallejo, Bancroft and Bolivar. -41 for freedom!!

Why does the Navy keep Marines on board?

…Sheep are too obvious

BTW… carve looks cool. One of these days I will try 3d