First build off of the X-Carve!

Sketched this out last night and ran it this morning, it’s a mic stand for my bass drum (previous mic stand was comprised of a cardboard box and some painter’s tape, so this is a step up for sure). 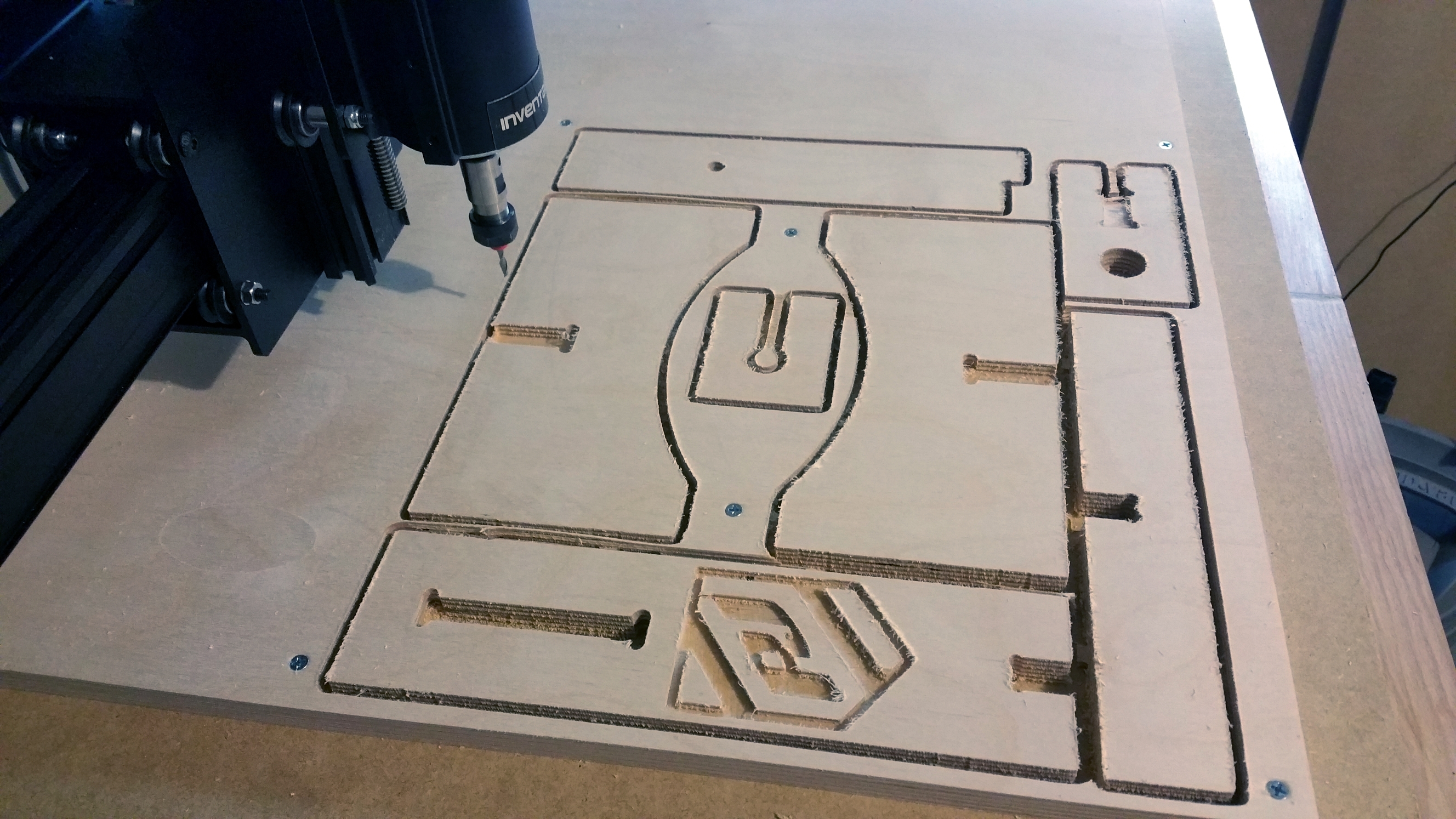 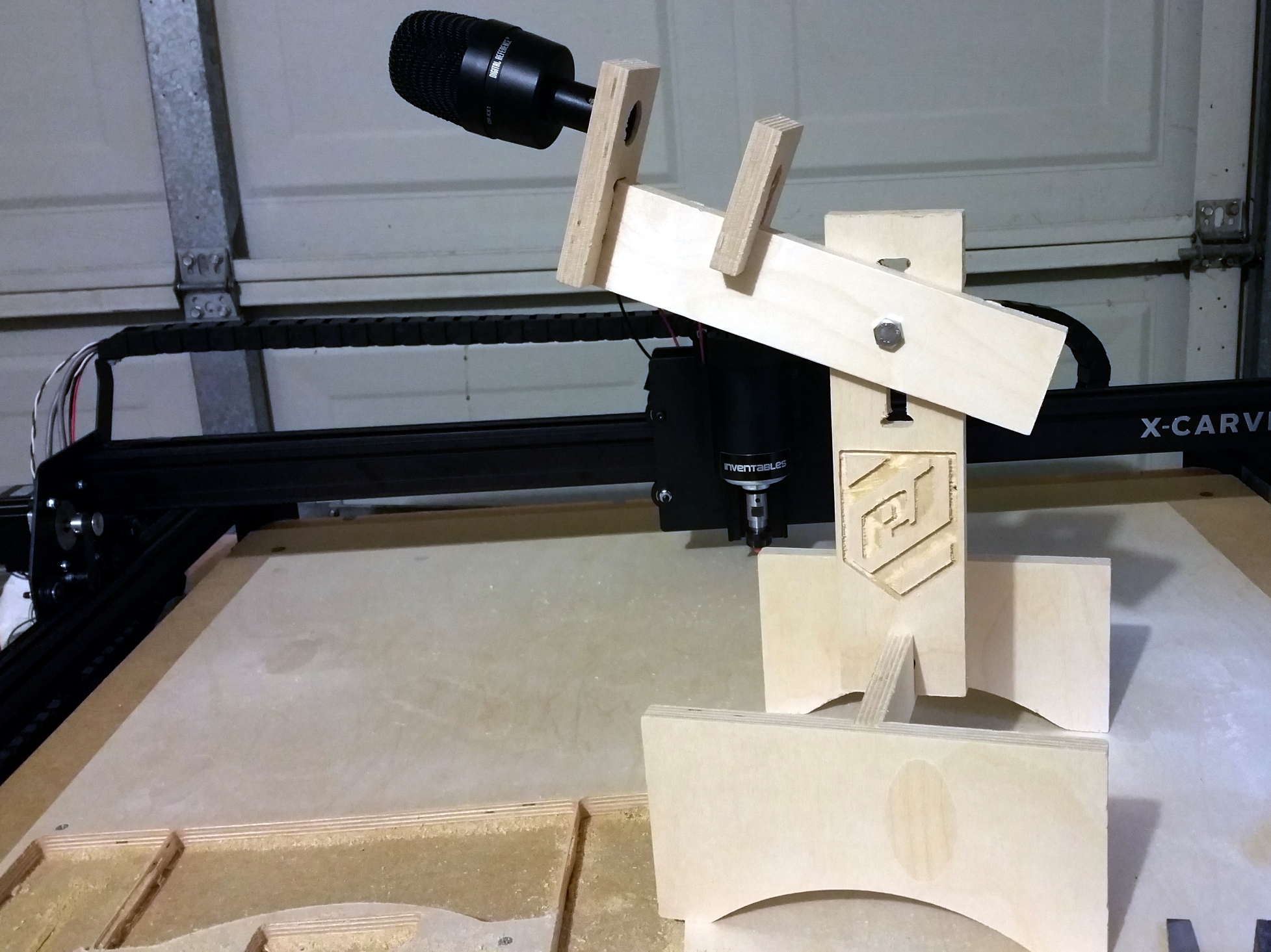 What’s everyone else been making?

Wow that’s super cool! Do you want to add it as a project so other drummers can make it too? Also @peterjames do you have a twitter account? I’d love to tweet this.

@JoeMeyer
Thanks! It’s 1/2" baltic birch, once I realized that a regular 5’x5’ sheet cut into quarters fit nicely on my machine (and in my car), it’s going to be my go-to material. I ran that with an 1/8" two flute endmill at 50"/min, except for the pocket for the “J” which I ran with the 1/16th bit that came with the X-Carve (and accidentally ran that at 100"/min b/c I forgot to change the setting).

@Zach_Kaplan
Thanks as well

I did this in Vectorworks. Tomorrow I’ll see if I can make up a non-pocketed version and get it into Easel. You’re welcome to tweet it, my account is @pljames.

You can do pockets in Easel😀 Select the object and adjust the depth with the depth slider.

Well what do you know

Pockets are back in!

I’m in the process of trying to move it into Easel from Vectorworks via Inkscape using a PDF. It looks like it imported ok, but it must not like some of my curves b/c it’s flagging them as too narrow for my selected bit (1/8"). Since the arcs are aesthetic and not dimensional I’ll probably just try to re-draw them in Easel.

Easel only imports SVG files right now. Best bet would be to export an SVG. Is that possible?

Yep, I should have been more explicit: Vectorworks -> Print to CutePDF (I’ve read that it does a better job than exporting directly to PDF) -> Import to Inkscape -> Export as SVG -> Import to Easel.

It looks pretty close in Easel, this is what I have so far. It just doesn’t seem to like a couple of the paths for some reason.

I’ll go back into Vectorworks and add dogbones, then re-import and see if I can clean it up in Easel.