So far I am loving this machine.

The wife and I are huge Destiny fans, and named our cat after one of the characters. Unfortunately there are not a lot (or really any) options for cat or dog tags that are Destiny themed. Specifically we wanted a “Ghost” tag for him. So… this became my first project (this was the first one, the next fixed the issue with the top hole after adjusting feed and speed): 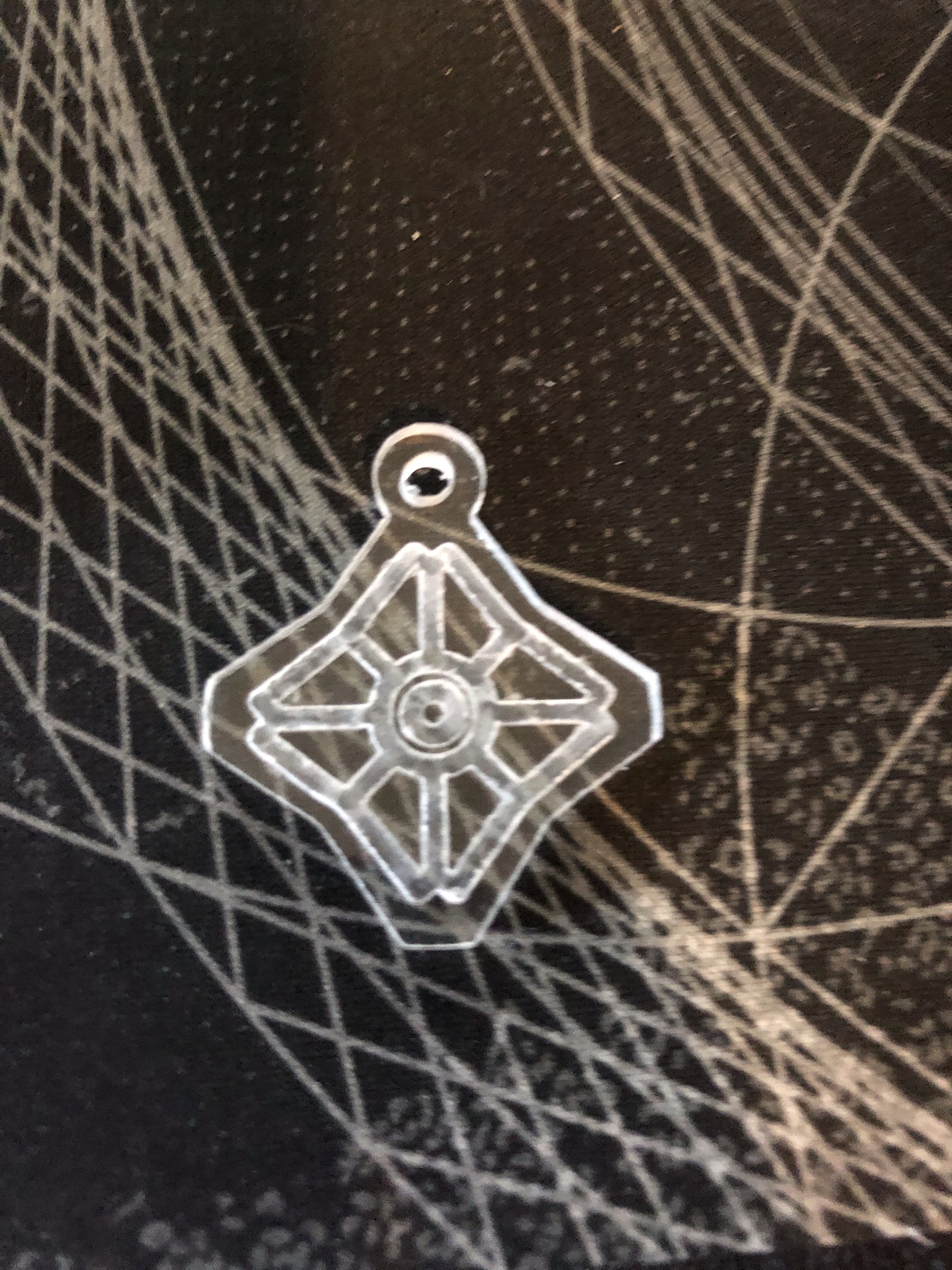 I like the design, but I can’t get quite as detailed as I would like, so I have a 1/32 bit on the way to give it another shot. Also going to try aluminum instead of Lexan.

Since I had the Lexan on the table, I decided to prototype some controller paddles as well: 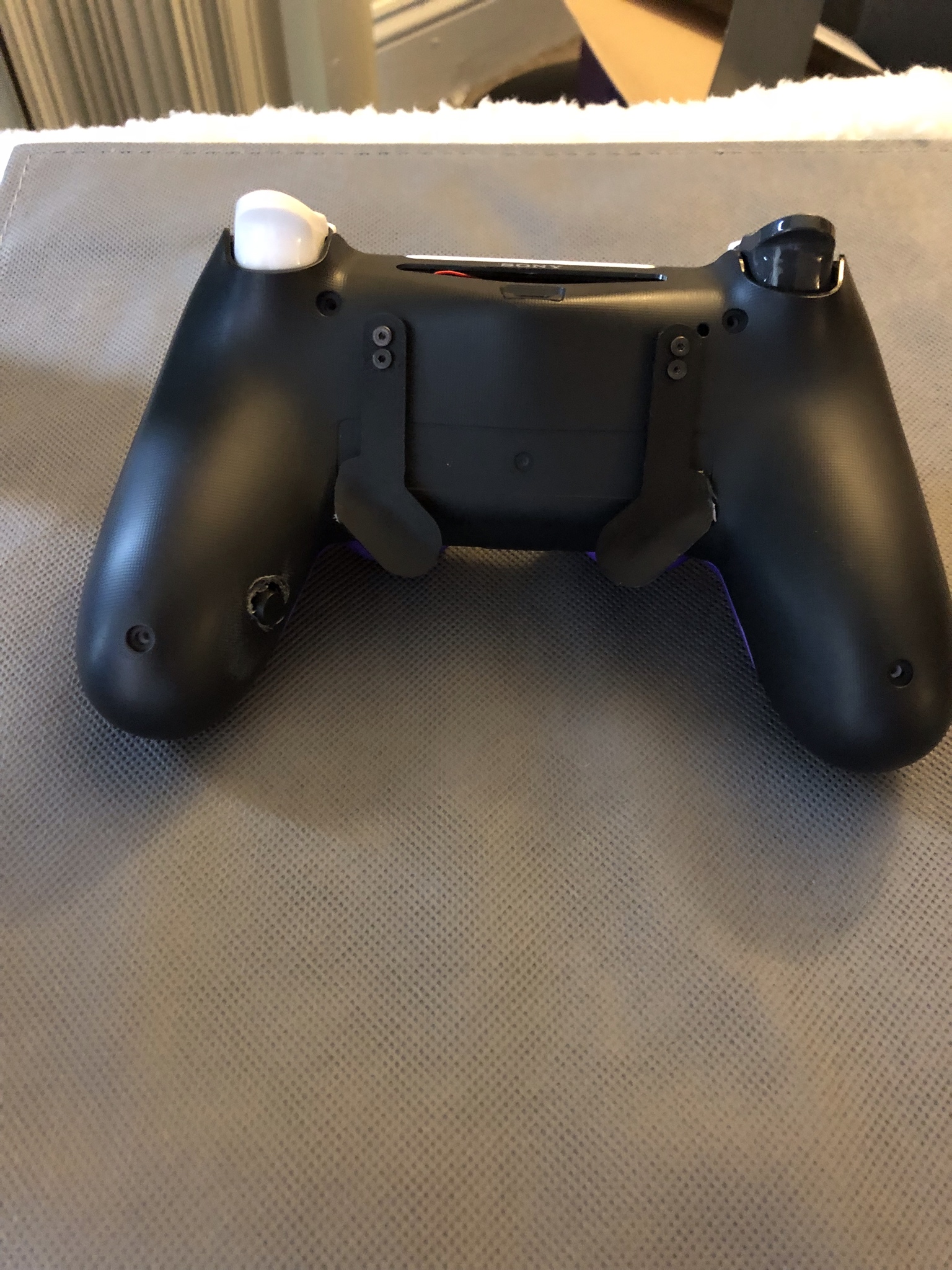 Needs a little bit of design adjustment, but overall I am very satisfied with the results.

Be very careful with the 1/32 bits, they break very easy. I hit one with the wrench and it broke.

That’s a good point, I didn’t think about how fragile the bit could be. Luckily (I think) it’s still 1/4” shank, so it won’t be horrible. Other than the Lexan, I plan to use it on ~18 gauge aluminum. Should I limit my depth to something like 0.2mm? I haven’t done any aluminum yet at all (I usually limit to 1mm in wood). Spindle is 48v up to 12k rpm.

The one that I used had an 1/8" shank and I tapped it with the wrench and it broke. I haven’t cut aluminum using a 1/32" bit so I would take it slow. I have the Dewalt router and I always leave it on 1.

Thanks, Should be a fun experiment. Wouldn’t mind so much, but it’s like 3 days to get a replacement, even through Amazon

Get a half dozen of them.
You’ll need them.

Haha, they break that often?

Yes they break often, I have yet to use one because I broke all the ones that I had. I ordered more but have yet to try it out.

It is difficult to cut aluminium with small bits.
The closest I have tried is a 1.5mm bit and I used 0.05mm cuts. I mostly use a 0.8kW chinese spindle, but the DC-spindle works as well for small bits.
18 gauge aluminium is something like 1mm thick I think. This means it will also be difficult to get it flat, the variation and tolerance of the plate can be more of a problem than the actual cut depth. Also one of the reasons the bits break often. I always start the cut 0.1 or 0.2 mm above the surface and add a bit of depth to all cuts to compensate, it takes a little longer but you are less likely to break the bit.

I flatten an extra wasteboard first and then clamp the plate down on it. It is easier if the plate is only slightly larger than needed for the part, but you might also get warping from cutting it out, so it will be a bit of a balance. Be careful with how much pressure you use on the clamps as well, it can warp when you start cutting out the part.
Another option is to glue (Loctite/cyanoacrylate) the aluminium to a flat piece of thicker aluminium (or MDF) with pressure to force it flat. You can use a heat gun carefully to release it afterwards. I went with the first option because it took less time and material.
Chattering, due to the plate not being stiff enough, can also be a problem but mostly for larger pieces. Not an issue when glued, but it is difficult to release large pieces that have been glued down.

You will probably need coolant/lubricant, compressed air doesn’t seem to work as well for the small bits. Either a cutting emulsion or WD-40/5-56/electronics spray work fine for me, but I prefer the emulsion as the sprays evaporate to quickly. The main issue seems to be chip clearance, use 1- or 2-flute bits if you can, they are not as sensitive. High grade bits made for aluminium also help, but they are typically very expensive.

The bed, at least on the 500mm X-Carve, flexes a bit, after I replaced it with aluminium extrusions this kind of work got a lot easier.