First original 3D design from model to carve..work in progress

Hey all. So I don’t intend this to be any kind of a tutorial, mainly because I don’t really know what i’m doing, but hopefully the few of you in the same boat as me can avoid some of my pitfalls as you expand the usage of your X-Carve beyond import svg > setup easel > carve.

I hope that you CNC gurus out there can point me in the right direction and help out some others at the same time. I realise that this is a well trodden path but I’m struggling to find a single resource for a complete end to end scenario that works for me.

I wanted to carve my first 3D model, and I wanted to do it with the shortest software chain possible. I tried several of the suggested software chains (vcarve, fusion360, meshcam, aspire, sketchup to name a few) from model to tool path. At this time I’m using fusion360 as it seems to offer the best all round experience, but maybe in a week I will have changed my mind.

I’m pretty fluent with inkscape and illustrator so in my head that sounded like a good place to start. Create a 2D design then extrude it in another package to produce a 3D model. After about 3 hours of fiddling with meshcam aspire, and vcarve I grabbed fusion360. I imported the vector design vector and extruded it as planned. Only then did I realise that probably less than half the battle was creation of an object; the rest would be getting it carved.

I had no comprehension of the complexity of toolpath generation and g-code sending before I stepped outside of easel, so many thanks to Inventables for making the process so completely painless and simple. 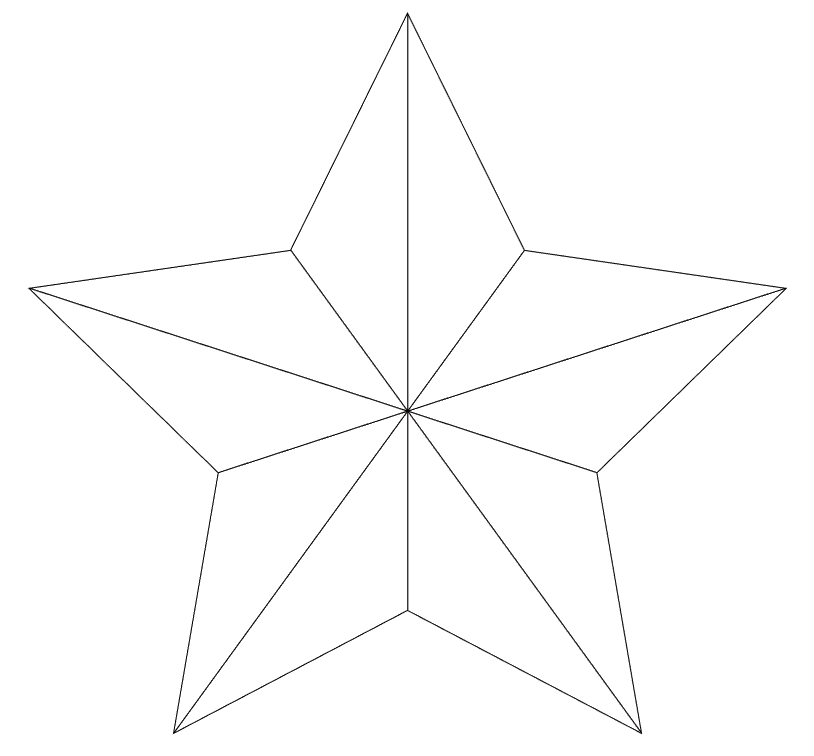 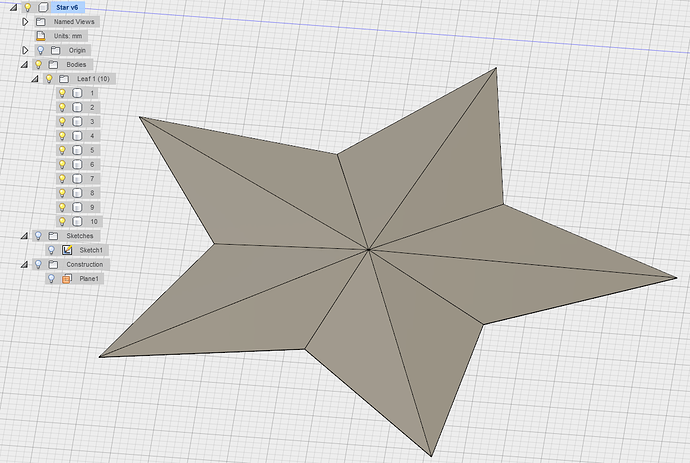 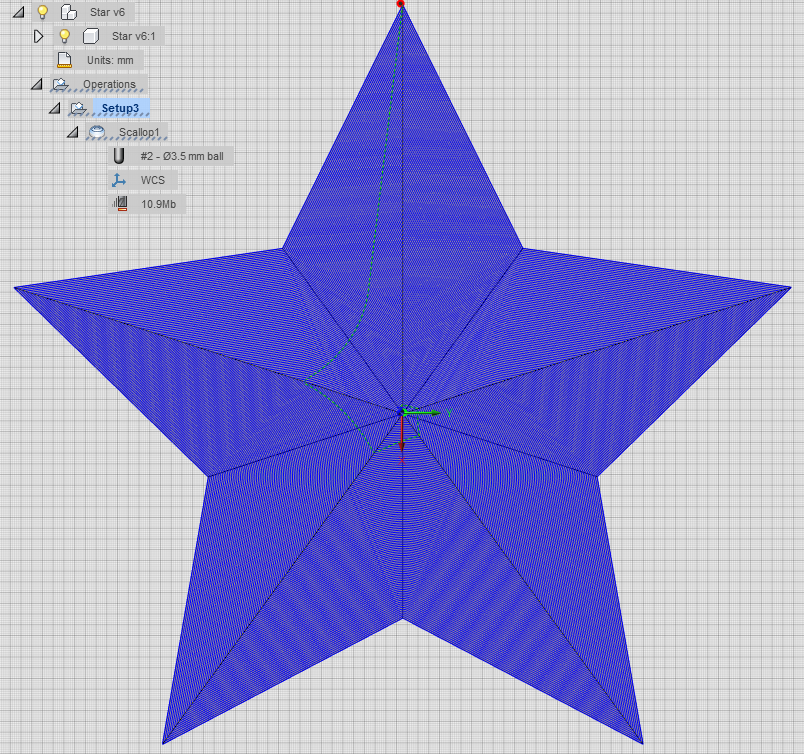 So now i’m at the point of generating toolpaths and trying to send them to the X-Carve. My major concern is that I’ve already done something stupid or overlooked something simple. Having read the posts of others that have taken this route, I am also worried about Z-axis travel including initial z lift. feed rates and end mill selection and more so the toll incorrect configuration will take on the X-Carve.

Does anybody have any useful information or comments at this stage?

Fusion360 is different animal. You have to alter your G-Code before sending it to G-Code sender. You can find enough info in this forum. DanBrown just posted practical way to change G-Code before running recently.
Also you’re planning to carve this with Ball nose bit, for those sharp corners you need to run seperate G-Code with V-Bit or similar. Depends on how deep it is. Could be 30, 60 or 90 degree V-Bit. M2c.

I would strongly suggest using the standard GRBL post in Fusion 360, then going into the code in a text editor and swapping the first two lines of motion. For some reason, the GRBL post moves the X-Y axis to the starting position, THEN raises the Z and plunges it again to begin the cut. If you’re probing for tool height this is not a problem since your tool will be above the surface, but if you’re zeroing to the surface by touching off your tool, this is not a good thing. You can counter it also by getting your tool length then jogging your Z up a bit before starting the program, but I prefer to tell it to move to a defined Z-height, THEN start moving the X and Y.

Also, at the end, either make sure that you have set G28.1 to a correct position (mine is at X0Y0Z2) or it will very likely crash. You can also remove the ending G28 (or turn it off in the post options) and manually enter a position you want the tool to move to at the end, if you’re more comfortable that way.

After you have your code, be sure to make an air run for something this complex, just to make sure all is happy. For the first bit of the run, keep your hand right over that E-stop in case it tries to do something funny, and the same right at the end. The middle of the run is typically fairly safe.

I’m a complete noob at anything beyond 2D at this point, but my first thought about your project was that it might be as simple as creating a grayscale gradient for each facet of the star. You only need to do it once and copy/paste it nine times. I ran across something like this while designing the compass rose for my skateboard project. The short inside edges would be dark and they would fade linearly to the long top edge. Does that make sense? Is that in any way applicable to your question? A lot of graphic programs can do linear grayscale gradients and as we saw from the recent topography thread, not too difficult to import. Hope my $0.02 helps and I’m always willing to make change…