Testing out different software before I buy…

Here is the “Baby Boy Photo” that comes with the trial of PhotoVcarve… I need to figure out the technique for contrasting, paint a dark color then sand, but I feel that the carving is to shallow… 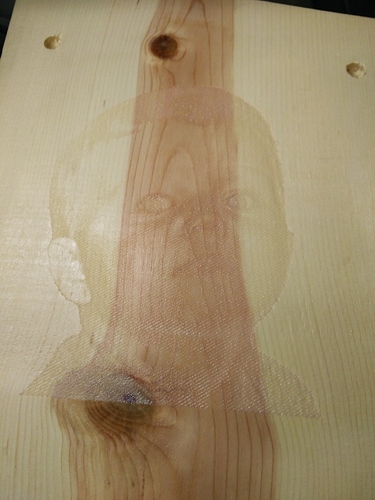 Try out our image to gcode program also. You can test the Demo with your own image.

There is some examples of Lithophanes done by a customer of ours here also.

Hey team! I am going to attempt to carve a lithophane. I have some .332 inch thick corian but don't have a clue about feed rate or depth of cut. Any suggestions. I am using an xcarve 1000mm, a stock spindle, 1/8" ball nose bite. Thanks in advance, Charley

the price of your product looks good i would like to see some more about it.

Take a look around on our web site and forum.

I need to figure out the technique for contrasting, paint a dark color then sand, but I feel that the carving is to shallow…

One technique that works is putting a clear sealer on a piece of wood without a lot of contrast. Run the PVC file, then apply a stain to darken the areas that get carved to most, which are the darker areas of the image. Keep in mind that PVC works basically on a halftone process for simple photos. You can adjust for greater or lesser depth, but I haven’t played with that too much.

After you convert in picengrave to file do you use UGS to xcarve?

We use PicSender and others here do also, but you can try using UGS, or another gcode streamer.

I used UGS for this… I still haven’t tested PicEngrave Pro 5… I need to figure some other stuff out first… I started having a few issues with the x and y axis stuttering… I think there is to much dust getting on the extrusions, so i have been cutting out a dust shoe; however, I was able to get some paint on the carving though…

It isnt terrible, but i dont think it is great either… 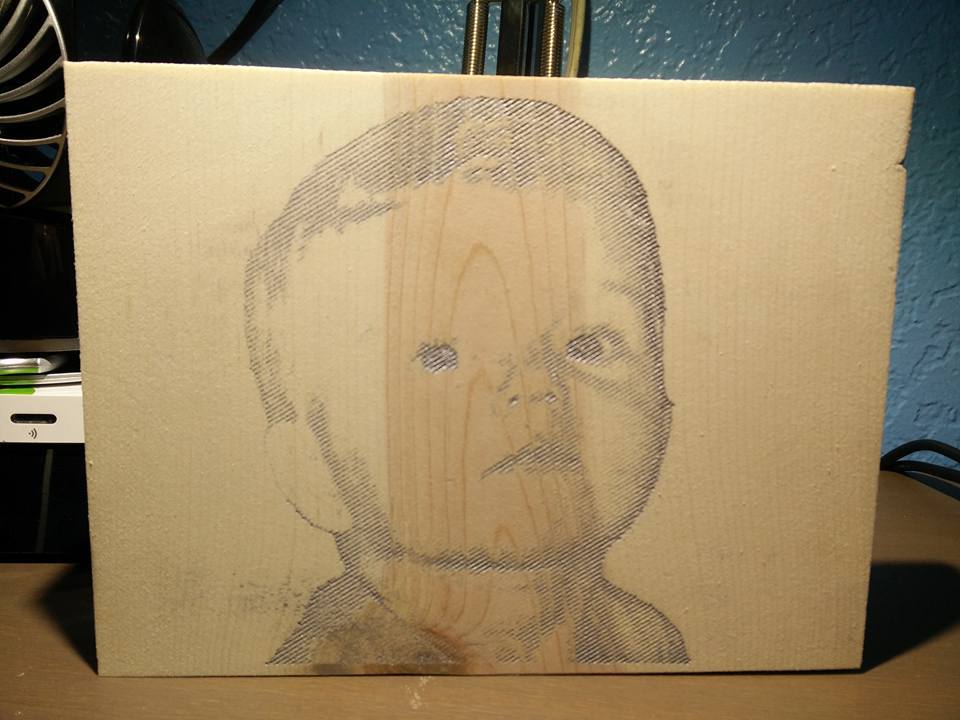 Did you use Picengrave default settings for the spindle? Did you use picsender or UGS. Thanks

That looks like the result I got from photoVcarve in wood. I was never satisfied with how they came out so I gave up on trying to make pictures in wood. My next attempts will be to cut lithophanes in candlestone.

Folks have done some great looking things with PVC. When you read their techniques, one thing that stands out to me is that they file the tip off an engraving bit to give it some “body”. That, and setting the stepover seem to be how they succeed. I’ve done some testing with the techniques I’ve read there and it works pretty good but I haven’t spent much time on it - too many other things of greater interest to me up until now.

woa !!!
I finally managed to test the demo picengrave
it was a compatibility issue.
to install your software on Windows 10.
must start in compatibility mode Windows 8

the app looks really good
I am only two small test with small images.
i will try bigger one ^^

@picengravertoo there is a preview of the engraving in picengrave or picsender?
I could not try picsender cause my xcarve is not yet mounted =/
and badly the gcode created by your software isnt compatible with G-code sending through easel

We determined the best preview to use is to view the original color image in grayscale. Picengrave calculates the depths of cut by 8bit (256) shades and that is the purpose of the “View Gray Scale” selection in the image editor and the main program. Black is the deepest cut and white is the shallowest, unless your engraving a Lithophane, then it’s reversed.

Previewing a raster gcode file with short incremental & stepover toolpath moves, really does not show much. It looks like this, so it’s best just to judge the outcome from the grayscale preview of your image. 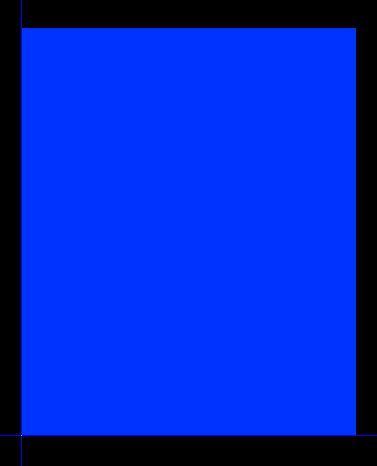 Our programs generate gcode by the standard formats that grbl and other CNC controllers require for compatibility. Easel will not run the standard range of G & M code format for grbl compatibility, so it’s best to use another gcode streamer that will.

I am using the trial version of picsender and the $h button works fine but I cannot jog machine to set my 0,0,0,postion. the Y+ and X+ are green and I have a value i the box but machine will not move.

I redid the photo again, this time with a 1/4 ball nose (waiting on the 1/8 bit to come in)… I think it came out way better than before… Pardon the finishing technique as I was just trying to see if I could get the contrast… 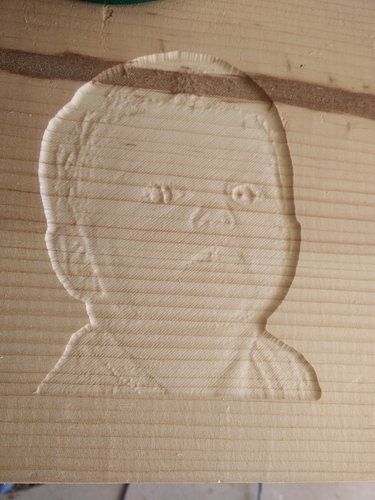 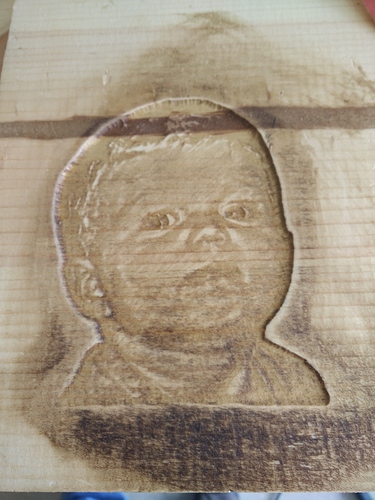 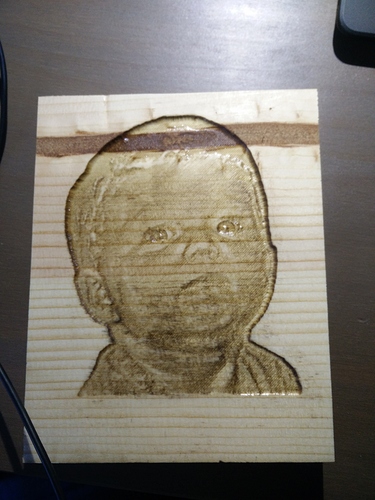