Im having an issue. It is cutting on the red line at 0.16" which is the default safety height and then plunging 0.25" which is the cutting height i set for this robot design. Anyone able to help on how to fix this. Should i set the safety height higher or to a negative number ??

Background.
Material thickness is 1.5" and the design is that first robot carving with your name.
I set the z-probe on the material after i clamped it down. i then proceeded with the instructions and the one the bit made contact with the probe it went up again. I removed the z-probe. Turned the machine on and started to carve. The machine instantly plunges down 0.15" and cuts on the moving tool path to get to the eyes of the robot; instead of raising up and then plunging into the eye of the robot. 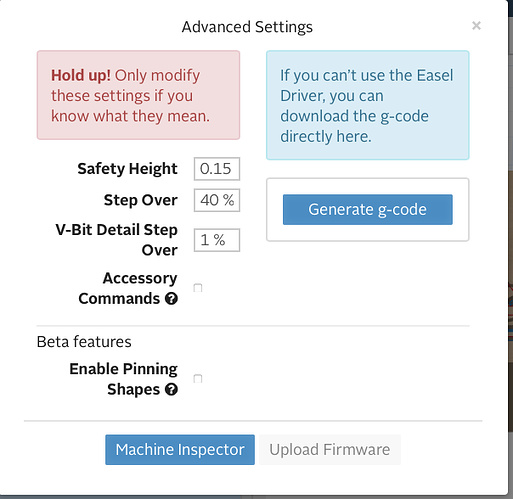 Unfortunately Easel plunge down to Z0 (work zero) before traversing to its first engagement point, so if anything is physically above this level it will get hit (material, clamps)
Only during and after a completed carve will it retract to set safety height before traversing on the X/Y axis.

You can work around this by setting the probe distance to a higher value (say 1/16" more) and you adjust the depth of the carve an equal amount.

Its a poor workaround, Easel would be much better if any traversing is set to safety height, also on first repositioning.

I still don’t understand why it is plunging into the work piece by 0.15". Then rapid moving to the initial cutting position.
The work piece is flat, everything is level and square. it passes the height of the z-probe and goes into the material.

Can you take a screenshot of Easel preview, the actual machine with bit at work zero and add the first 20 lines or so of gcode?

It will help tremendously in terms of giving us direction 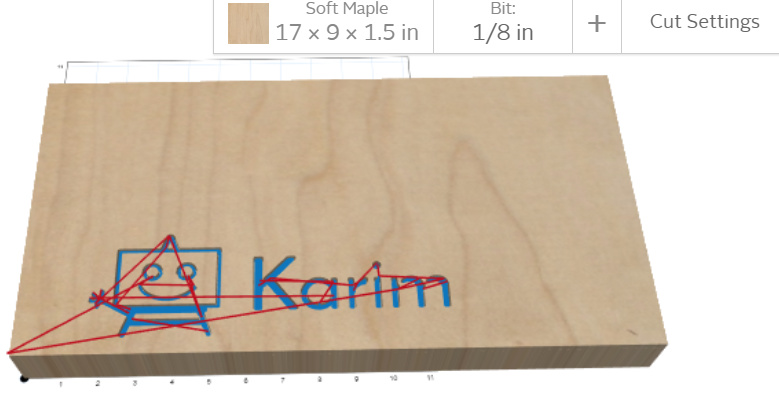 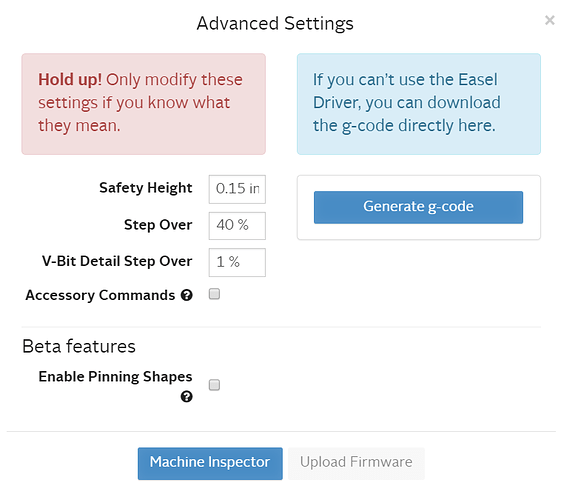 Here is a picture of the cut 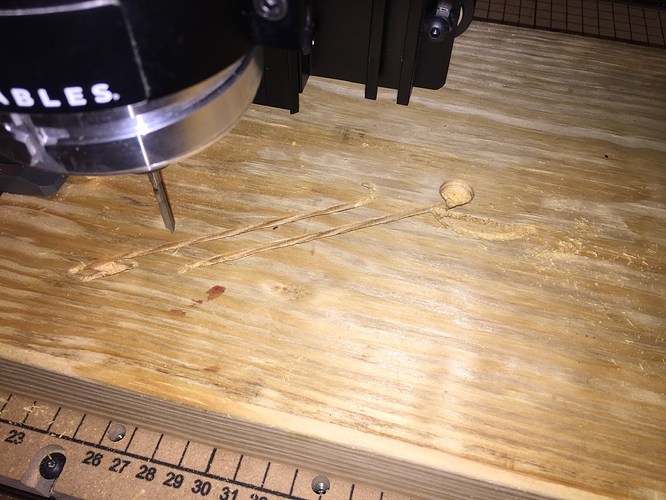 Sounds like something is going wrong with the zeroing process. Can you do a test eliminating the probe?

I am having the same issue. Ever find a solution?