This came together really quickly and was done with a machine that’s not quite ready for prime time but I think it turned out pretty good for a first time project. 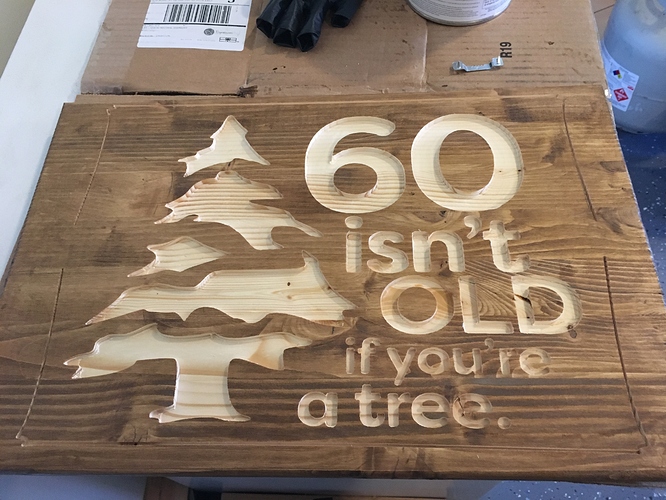 Final depth is 0.12". Material is an edge glued panel from lowes. I want to say it’s Aspen?

I did it reversed and did the detailed first followed by the roughing cut. Not having the limit/homing switches or the 3 axis prove connected caused the Z to be just a little deeper on the roughing pass but it was cleaned up pretty well with some sandpaper. I also probably won’t do the detailed first again but overall it worked well.

For a first project, turned out much better than I thought it would. I definitely learned a lot and really see the importance of either the homing switches or the 3 axis probe. My Xcontroller is supposed to ship next week and I probably won’t cut anything until it arrives due to other commitments this week.