Two-sided carves got you down?
Have you seen an amazing carve http://www.grunblau.com/SoapDishBMO.htm and wanted to know how the Flip-Board technique was accomplished?

I found a gadget for Vectric on instructables http://www.instructables.com/id/Flip-Board-Maker/

Who wants to make a plugin for Easel?

How can that work when there is a tool-width between the parts?

this works well, I’ve done it myself, there’s a YouTube video on how to carve a spoon that illustrates it well.

The reason it works is the tool size is cutting into space that is unused, until you flip it, then they line up perfectly.

I get spammed when I click on that link

OK, I didn’t notice the offsets.

I found this video on youtube that uses the same technique. He’s getting some really nice results.

I want a plywood soap dish =(

I had a template for this in easel at some point but switched to alignment pins because it was faster and wasted less wood. It is a great idea and it works very well but it 's just not for me.

That was the URL in my original post. Had I not surrounded it with parens, it would have showed.

I made the spoon and an automated script for the flip geometry:

I’ll let the video speak for itself on this one. But in case you were wondering, the hole was not intentional, it was a zeroing mistake. Mach3 still holds a lot of secrets … The script …


and also that soapdish

One of the first things I ever tried to mill was this ‘Grunblau soap dish’ design I found by accident on the interwebs. It turned out that the project had too steep of a learning curve …

I noticed a wood screw + fender washer on the piece after the flip.
Were the tolerances of the cut not enough to keep the flipped board in place?

Oh, you’re right. Totally missed that link when reading it the first time.

It seems to me that an app could easily generate the “flipable” tabs that lock the piece into place for any rectangular work piece.

fender washer \ screw were so no tabs were needed

better be safe than sorry. It probably would have worked just as well without the screws.
But it prevents the stock from getting pulled up.
Lateral movement was pretty much non existent. (as it should be) also the screws/washers wouldn’t remedy that in the first place.

Also, I have to admit i made some rookie cnc mistakes during filming, and didn’t want to redo the whole thing, so I edited most of that stuff out, because it was a proof of concept. But yeah there are still some suspicious activities going on if you really dissect every frame of it

yeah, i’d even be willing to adapt the script to easel for instance, can’t be that hard.

But I never use easel in my life but from what I’ve seen I always figured the origin is the home position and can’t be set to the middle point of the stock, which is needed for keeping the zero when flipping.

If I’m wrong, let me know, maybe I’d look into it. Or someone experienced in creating easel apps could convert my code to the easel api.

great image here explaining how the drawing origin can be used as work-center.

@RussBurke no problem I hope this picture helps you [image]

I recently tried this out on a little box project out of some 3/4" red oak and it worked very well. I made the pattern myself based on a 1/4" bit. It took a little bit of thinking to make sure things would line up properly, but it was not too hard to do manually.

I also tried pre-staining the wood for a 2 color look. That worked ok too.

First I cut a large outline of the area I wanted to stain:
(1/8" down cut bit) 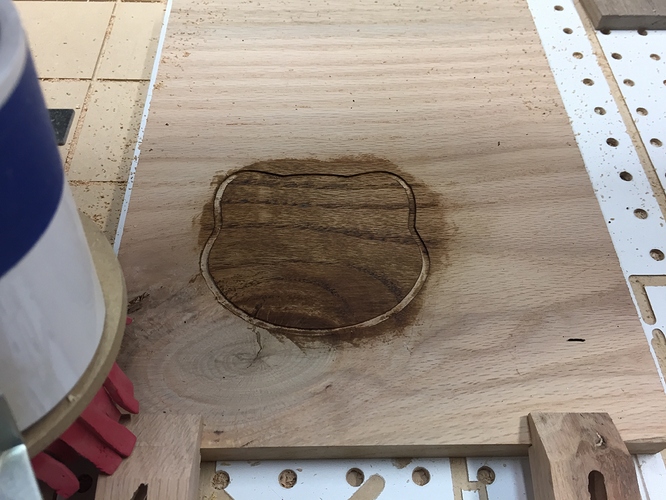 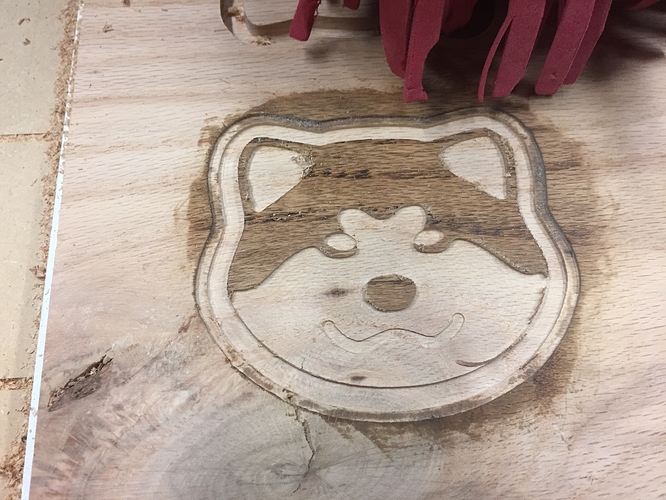 Then I switched to a 1/4 inch downcut bit, because it was long enough to cut all the way through the 1/4 stock.

I then cut the box bottom and the cutout “pattern” 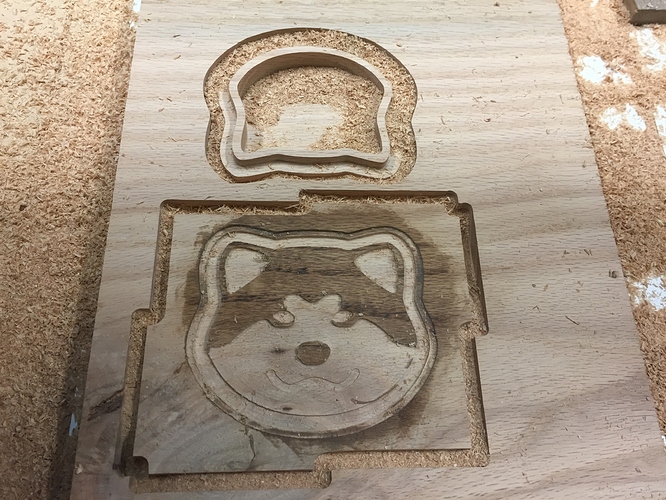 IMG_6162.JPG3264×2448 2.65 MB
I actual made a HUGE mistake here that worked in my favor. I had forgotten to add tabs to the cutout pattern parameter! But because I was using a down cut bit, the chips packed back into the cut as it went. Wedging the work piece in place enough to keep it in place during the final cut.
But this was pure luck. I was able to make 3 of these so I was lucky that the chip packing effect was consistent.
I was concerned about how tabs would effect breaking it free and flipping it, so I got very lucky.

I then flipped it and carved the back part.
I was impressed at how well it wedged in. Though I specifically used a downcut bit on this part to help keep in place. I was afraid that a standard bit might lift it up and out - though it probably would have held fine. 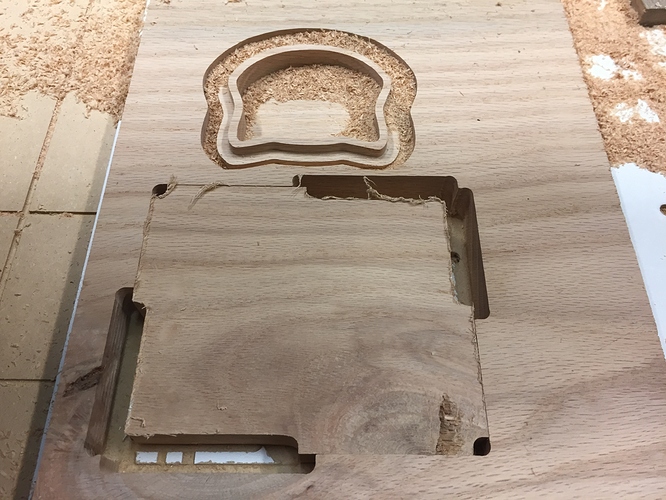 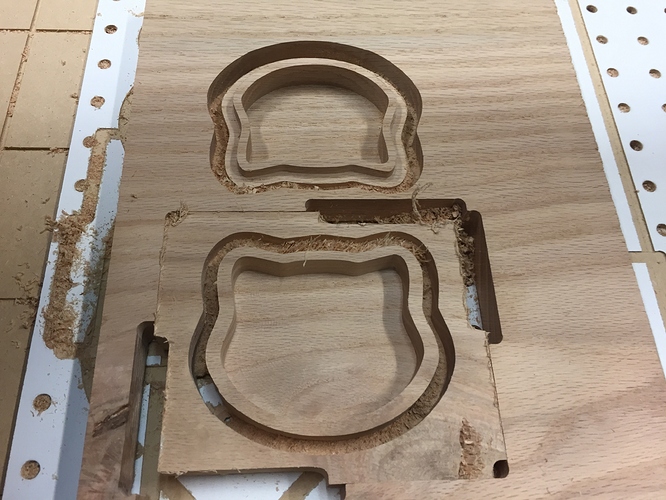 On the whole I was very happy with how this worked. It was quick and easy to do the flip. And would be even easier with a gadget to make the flip cut perimeter.
However it does waist a lot of wood.
I actual plan on making a bunch more of these (Different styles and types) to sell. So for a production run I plan on using a pin style flip so I waste less material (and keep costs low)

Though for a quick one off project I prefer this approach, assuming I have a big enough piece of wood to do it.