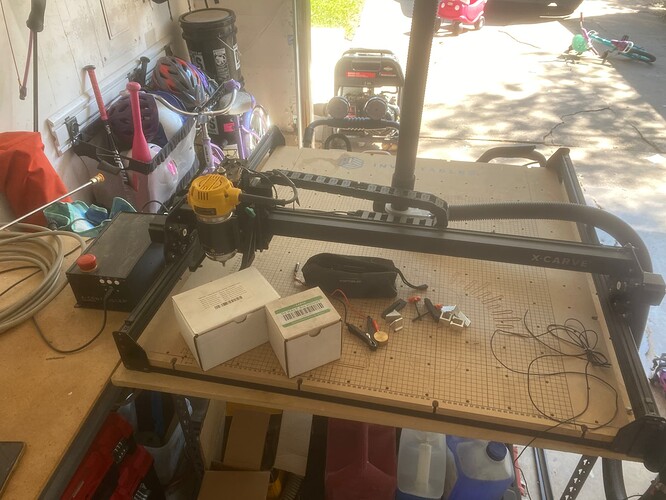 Hi ! I am interested and in the Houston area and willing to drive to Dallas. 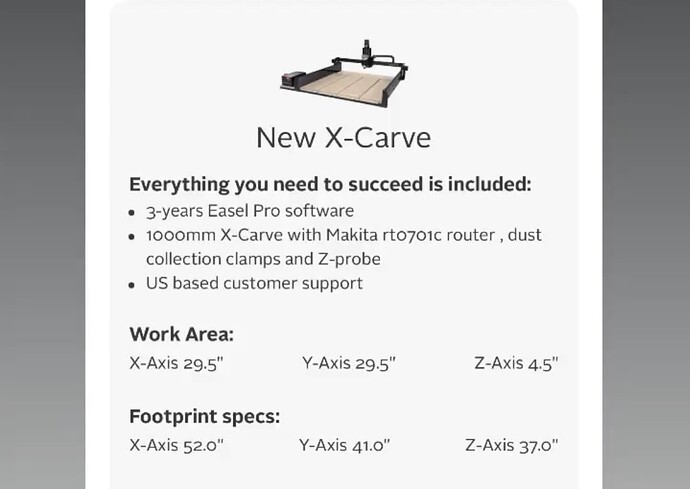 Is that the machine you are selling? That’s the one I am needing. Thank you

When did you purchase it and is this still under warranty? If you don’t mind me asking why are you selling it ? I am very interested. My cell is (832)768-8999

The one being sold is the 2017 version. The ad you posted for the new x carve has the 2021 upgrades. It’s taller, stiffer, has larger motors and a totally different z axis, and has larger belts. The makita or dewalt routers can be used with either if you have the correct mounting bracket. The makita has a wider range on its speed control and can cut faster and quieter than the dewalt. I originally purchased the 2017 kit but they came out with the new version before I was finished assembling it, so I ordered the upgrade kit and converted everything but the wasteboard to the new version. I think the upgrade kit was about 4-500 dollars at the time. I haven’t looked recently.

This was purchased in 11/2019. I have the original email/order. But the same dimensions and specs as the new x-carve being currently sold. The cutting dimensions are the same as the most recent xcarve systems

Thank you so much Ronald! I am a party decorator and have been using the Glowforge to make custom signage but the cutting space is limiting me- a friend of mine recently purchased the new XCarve seen in the photo and it’s been a huge benefit. I plan to do the same but need the one in the photo.